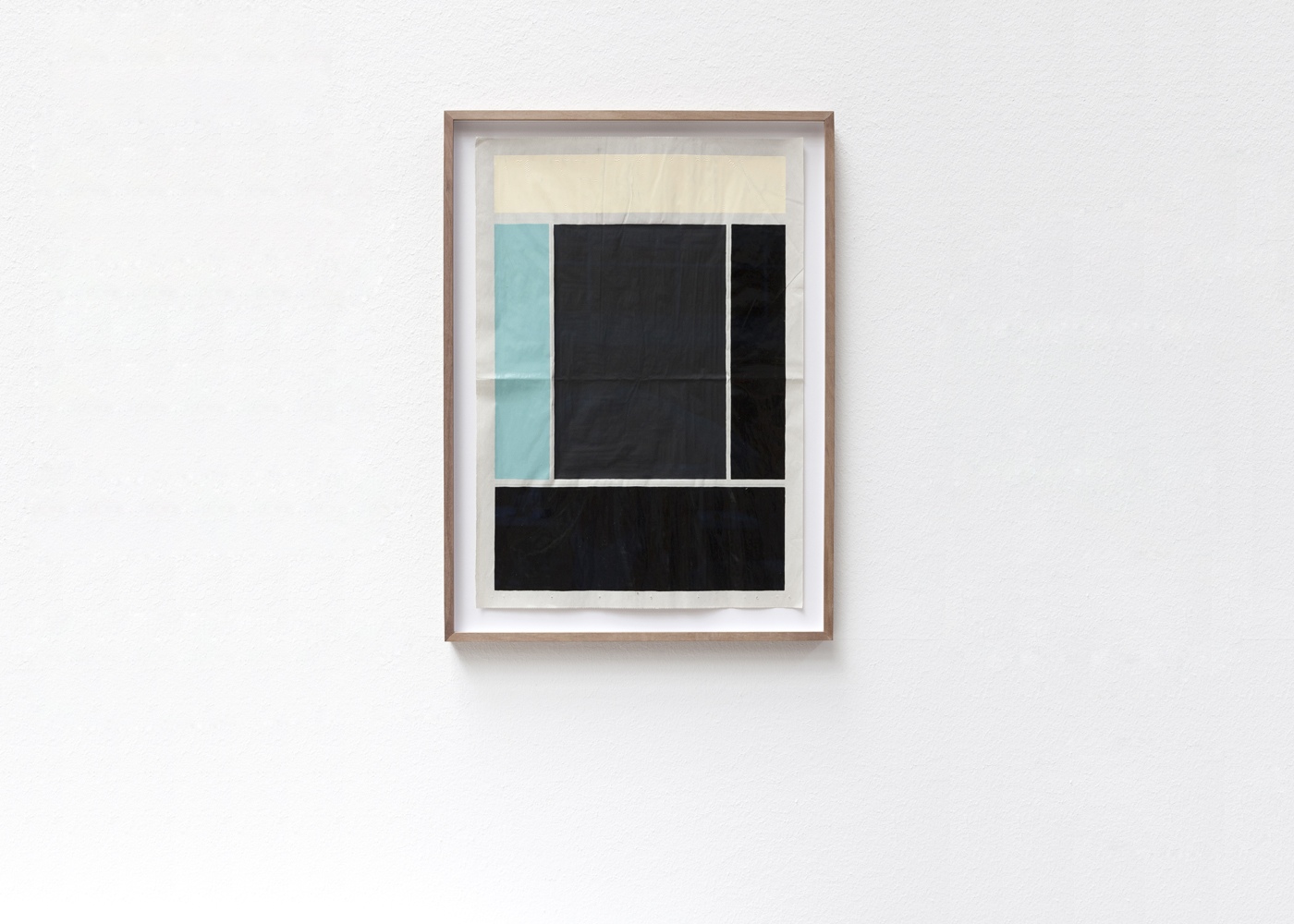 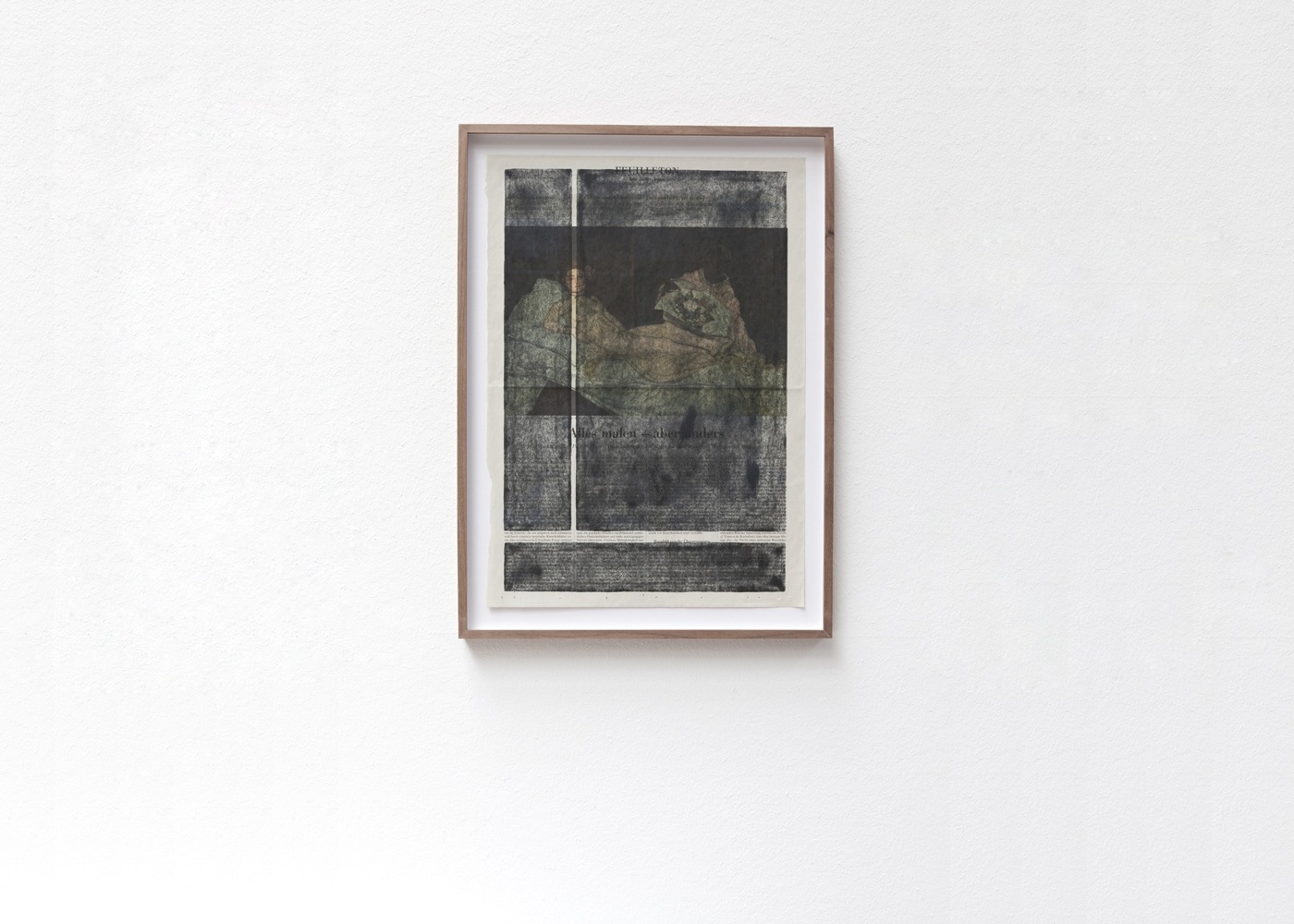 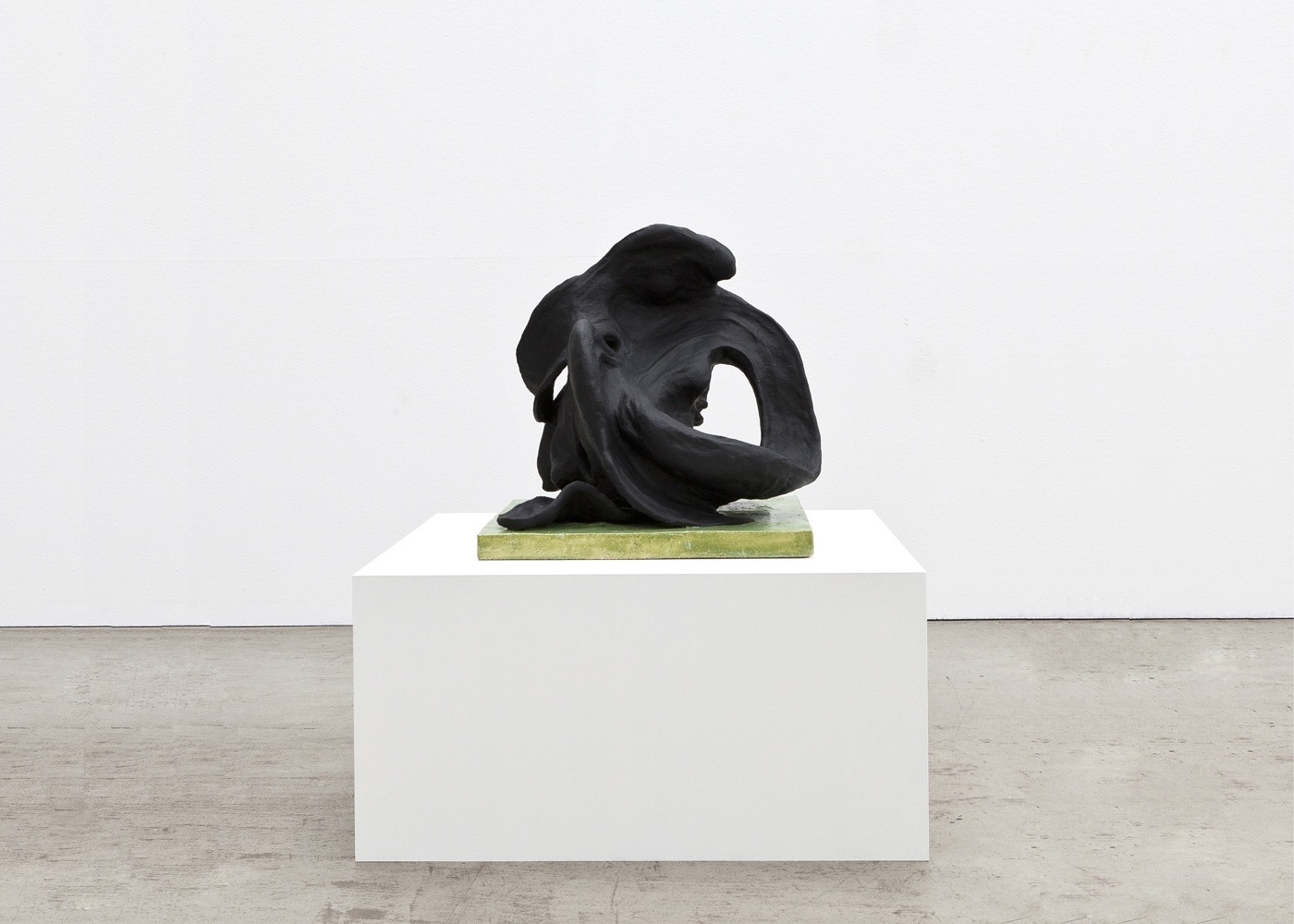 Reference is made to a work by David Birkin on show as part of the Paradise Row exhibition, ‘Moments of Reprieve: Representing Loss in Contemporary Photography’. The work is titled Pieta (2012). The show closes on 22 September 2012. It takes place off-site at 111 Great Titchfield Street, London, W1W 6RY. For image see: www.paradiserow.com/exhibitions/75/

Lacquered surfaces on newspaper sheets construct objects that are beautiful and seductive. The pleasure of surface, colour and gloss draw us in. The heaviness of the paint counters the ephemeral, fragile paper beneath. Grids, asymmetries and geometries play with typologies of newspaper design. Headlines, typefaces and layouts produce shifting levels of visibility and affect the ways in which we look, read and interpret the world. Design enters into a transaction with ideology and capital. Politics and the institutions of markets and media form alliances that – as we now know – are precarious and never really fully understood. Censorship takes many forms: as much the domain of democracy as of totalitarian regimes. Text is blanked out beneath the heavy lacquer paint. The violence of redaction is obfuscated by the seamless, gloss of colour and formal juxtaposition: pink and white; yellow and blue; orange and green. The play on form and colour appear innocent and benign although, at the same time, we know it to contain, disguise, conceal and seduce. Sometimes the messy underpinnings of process and construction are unveiled, but perhaps not powerfully enough: masking tape; folds in the paper; blistering paint; and obfuscated texts (the meanings of which are veiled beneath the smudgy effects of blackened surfaces).

The subject-matter of everyday life and mass culture is an established part of both art and design. Designers working within the parameters of advertising, graphic design and the media explore the possibilities – creative and conceptual – of art. Artists appropriate or re-present the visual languages of advertising, design and the media. German-born Mike Meiré – working across design and art worlds – occupies a space that moves between disciplines and creative logics. The question of what is art and what is design is not necessarily oppositional, and discussions that enforce oppositions always hit a dead-end. In Weimar Germany, architecture, photography, design and art intersected in ways that are still influential today: despite the after-shock of the Second World War and the censorship, exile and social trauma engendered by the Nazi regime. In Meiré’s paintings the visual sensibility and cross-over of movements such as the Bauhaus is legible. But the question is whether they are simply beautiful objects embodying the traces, ghosts and sensibilities of the past; or whether their relationship to 21st century concerns and questions are forceful enough.

Nearby at an exhibition curated for Paradise Row (by Louisa Adam and David Birkin) Birkin’s Pieta plays with a similar visual language, but one that differs in meaning and effect. Again the aesthetics of media imagery and art practice converge; but the image is less seamless, less seductive. It presents – deliberately and self-consciously – the politics embedded in vision. The sources of material substances – and the representations they construct – are staged for our view. What appears to be a wire photo (is an artist proof) overlaid with ultramarine pigment from lapis lazuli mines in Badakhshan province, Afghanistan. We glimpse human forms at the borderlines of a scene painted out by the startling dense pigment. Above a text plays an explanatory role – although the image to which the text refers is not necessarily obvious. What is real and what is imagined remains unclear. The language performs objectivity: the language of reportage implies that the image is of a funeral – we are told that an ‘Afghan woman burst into tears Wednesday during the funeral for her infant child who was killed by rocket attacks’. We are presented with a date, facts, numbers and some description. The work – laying bare its status as a constructed, mediated object – negates the seductive sensations of colour and form.