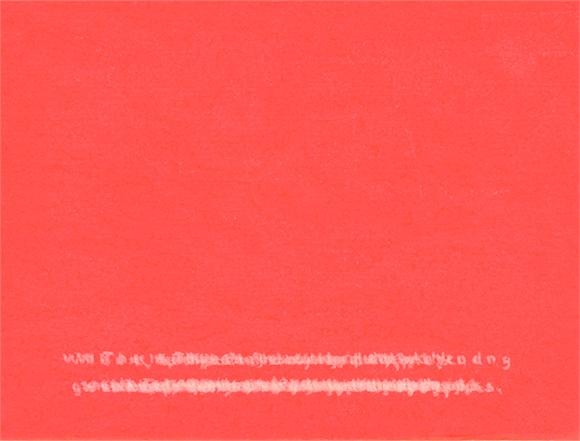 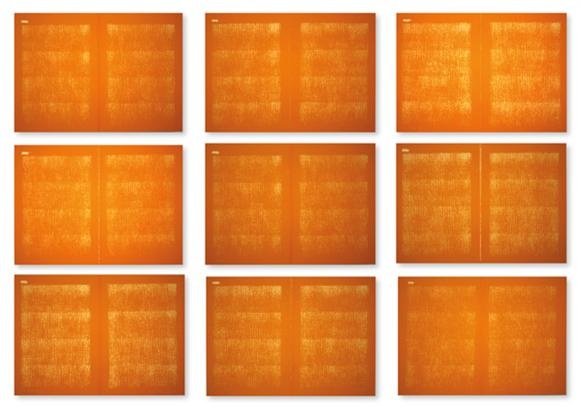 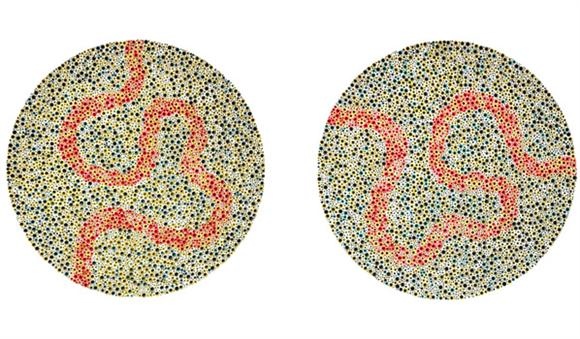 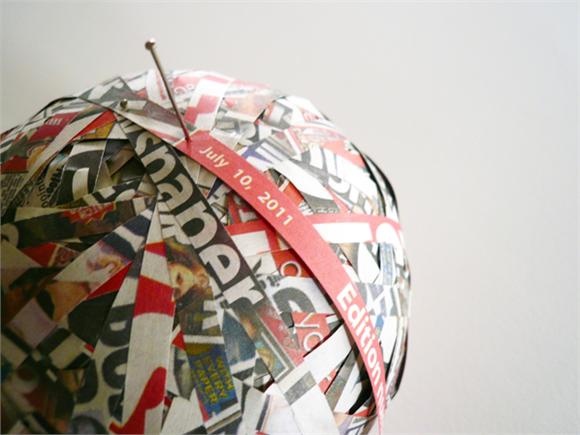 Stefana McClure’s (b. 1959, UK / USA) upcoming exhibition ‘Science is FICTION’ featuring a monumental ‘films on paper’ suite in twenty-three parts, science fiction in the form of a series of manga drawings and some new large scale colour-blind works articulating the world of pure science.

Before Attenborough and Cousteau there was Painlevé. The artist’s second solo exhibition with the gallery celebrates the wonderful underwater documentaries of this early twentieth century French marine biologist and cinematic pioneer. In McClure’s suite of ‘Science is FICTION’ drawings the subtitles to twenty-three of his magical films are superimposed, concentrated and concealed in two shimmering bands at the bottom of otherwise uninterrupted monochromatic fields. Letters, in their original typeface and screen placement, are relentlessly accumulated and stacked upon themselves, coalescing in a super-condensed version of each film’s dialogue. These abstractions, characterised by the distillation of time and the obliteration and reconstruction of information, are tangible manifestations of film.

Alongside this expansive work, a second suite of nine drawings further showcases the artist’s predilection for seriality. Entitled ‘Hinotori’ this suite of drawings on wax transfer paper mounted on dibond, is a distillation of the nine-volume manga epic by the inimitable Osamu Tezuka who worked on the series for over 35 years and considered it to be his life’s work. Arguably one of the finest works of Japanese comic art ever produced, this is science fiction at its best. Twelve separate stories, linked by the presence of the mythical hinotori, or bird of fire, jump across time, alternating between a distant future and a distant past, ultimately converging on the present. These manga drawings relate strongly to the films on paper, concentrating the dialogue of entire comic books into single drawings, each new layer of text covering, but not quite obliterating the one that went before it.

While the films of Jean Painlevé exist on the border of sci-fi and nature documentary and Hinotori is sheer science fiction, the new colour-blind drawings, based on early twentieth century Japanese tests designed for the detection of colour vision deficiencies, double up as effective diagnostic tools and embody the realm of pure science. Much of the colour information has been carefully removed from these intense multi-layered works, which have been riddled with thousands of holes. Recent sculptural objects will complete the installation.

Stefana McClure lives and works in New York. She has previously lived and worked in Japan for many years and is a native of Northern-Ireland. Her work has been exhibited widely and forms part of numerous international private and public collections.

Meridian explores the ways in which humans have long been fixated on recording their position in the world.