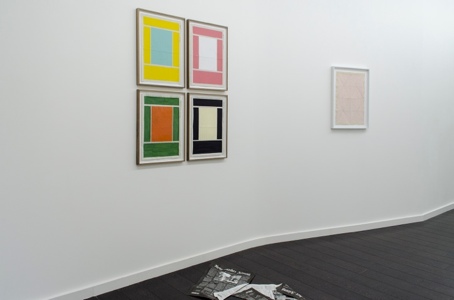 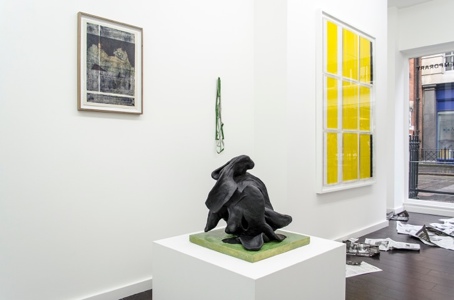 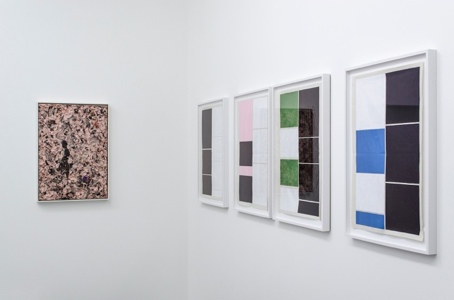 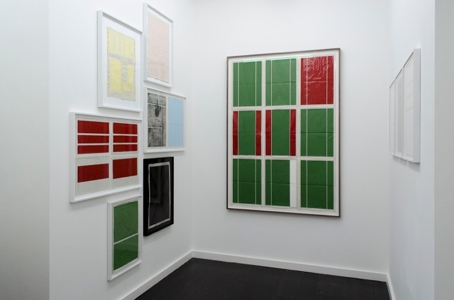 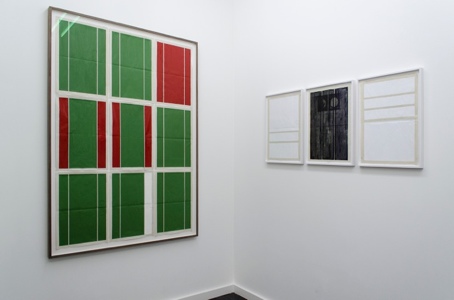 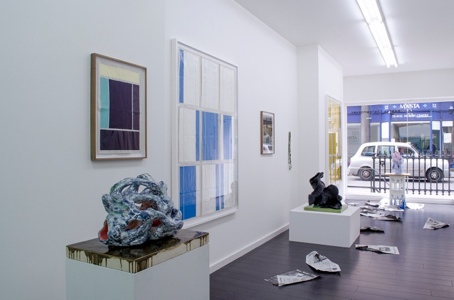 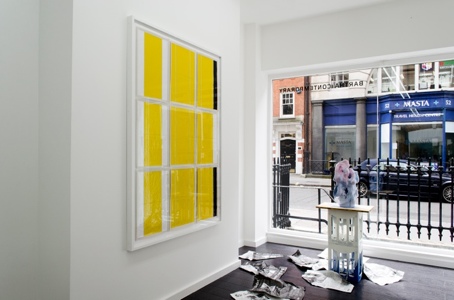 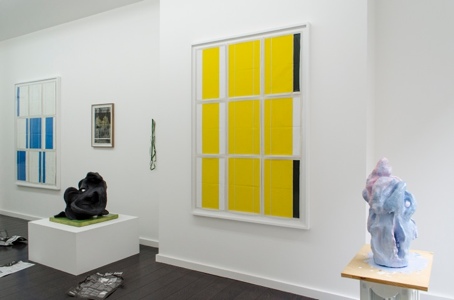 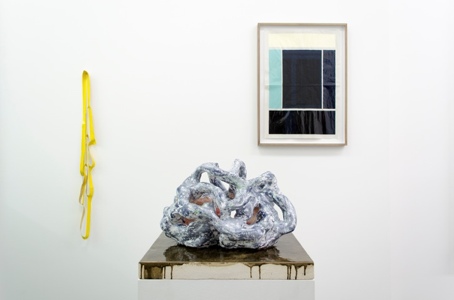 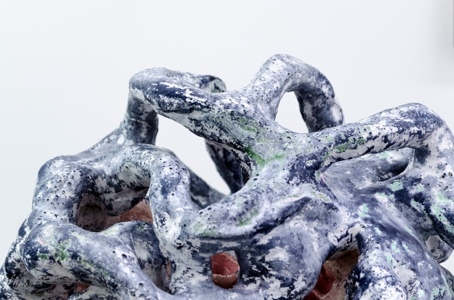 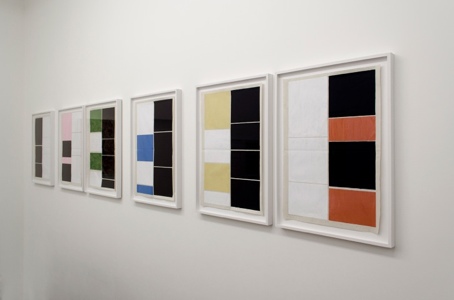 For his first solo-exhibition at Bartha Contemporary, German artist Mike Meiré (B. 1964) will present a series of new large-scale works on paper alongside recent ceramic sculptures. Entitled “Economy of Attention” the exhibition embraces the medium of newsprint and highlights its structural beauty.

Mike Meiré’s latest body of work follows on from a series of singular paintings on newsprint, which examine existing grids in newspapers and primarily reflect on the prioritization of information through graphic design. The artist has been working as an art-director for many years and it is his intrinsic understanding of this medium, which allows him to strip the composition of his works to a bare minimum. By adding an element of repetition and juxtaposition to the compositions of his larger works, Meiré embraces a highly minimalist mantra, akin with Judd’s stacked sculptures or Walter de Marias installations. A coded language of design, inherent in any layout is reduced to bars of colour, composed to reveal a repetitive sequencing of information.

Mike Meiré describes his work as a continued investigation into life’s evolutionary processes, which the artist interprets in three phases, birth, biography and death. Central to all of Meiré’s work is a delicate interplay between the highly refined against mundane everyday materials. The intriguing juxtaposition of organic often sexually explicit or gender-orientated ceramic objects with anodyne geometric elements play an increasingly important role in Meiré’s work. These somewhat evoke a sense of ambivalence towards modernity.

Within Meiré’s continuing work as a creative director, he has for many years navigated and in some cases deliberately trespassed the boarders between Advertising, Design and Fine Art. As a designer Meiré has worked on several installation-based projects, which were commissioned by a variety of commercial companies as subversive means of product placement. More recently Meiré has clearly defined his practice as an independent artist. As one line of work continues to inform the other Meiré’s paintings and ceramic sculptures reveal a profound understanding of popular culture. It is this knowledge, which allows the artist to explore the deep-rooted neurotics that inhibit today’s societies and in turn challenges these through his work.

Mike Meiré lives and works in Cologne, he is the recipient of numerous awards and has exhibited internationally for several years. Concurrent with this exhibition works by Mike Meiré also form part of group exhibitions at the Kloster Wedinghausen in Arnsberg Germany (Sammlung Schroth : Information, until 19.8.) and at von Bartha Garage in Basel Switzerland, (Off the beaten track, curated by Lena Friedli, until 14.7.). A catalogue entitled “Day In / Day Out” was published by Meurer Verlag, Cologne in 2010, a catalogue documenting 25 years of editorial design is currently in production.