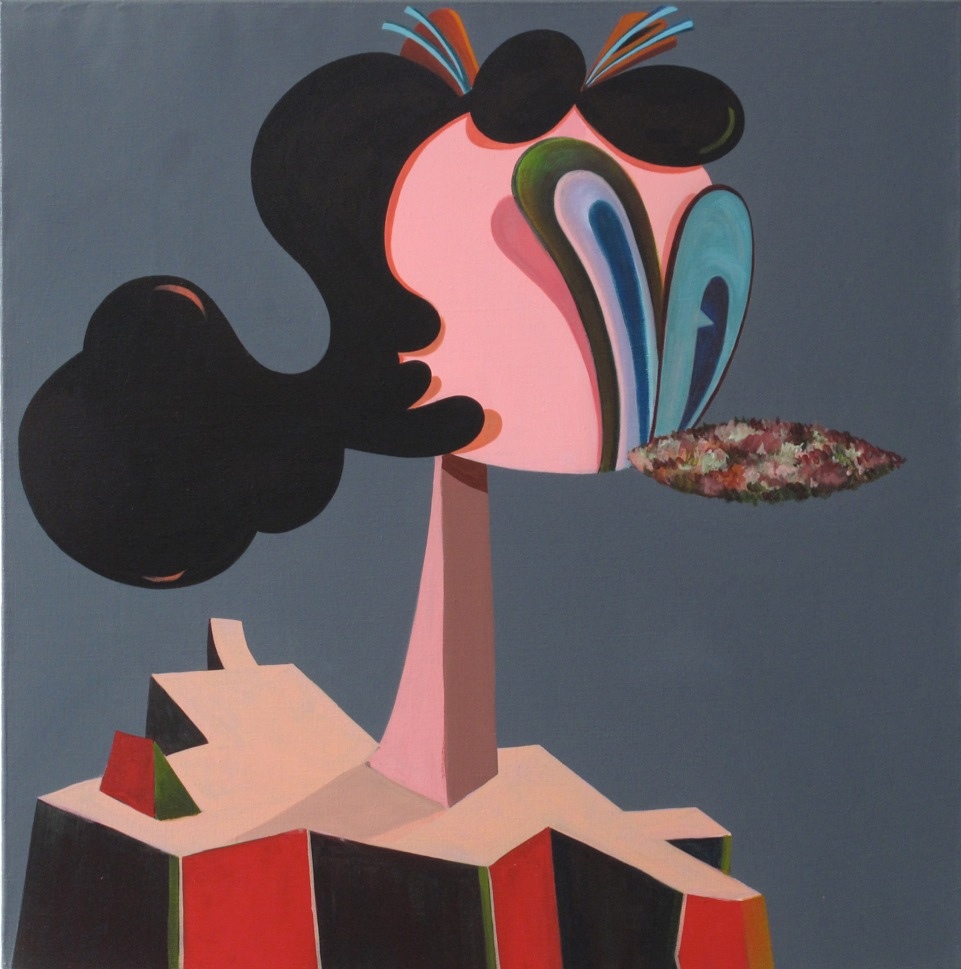 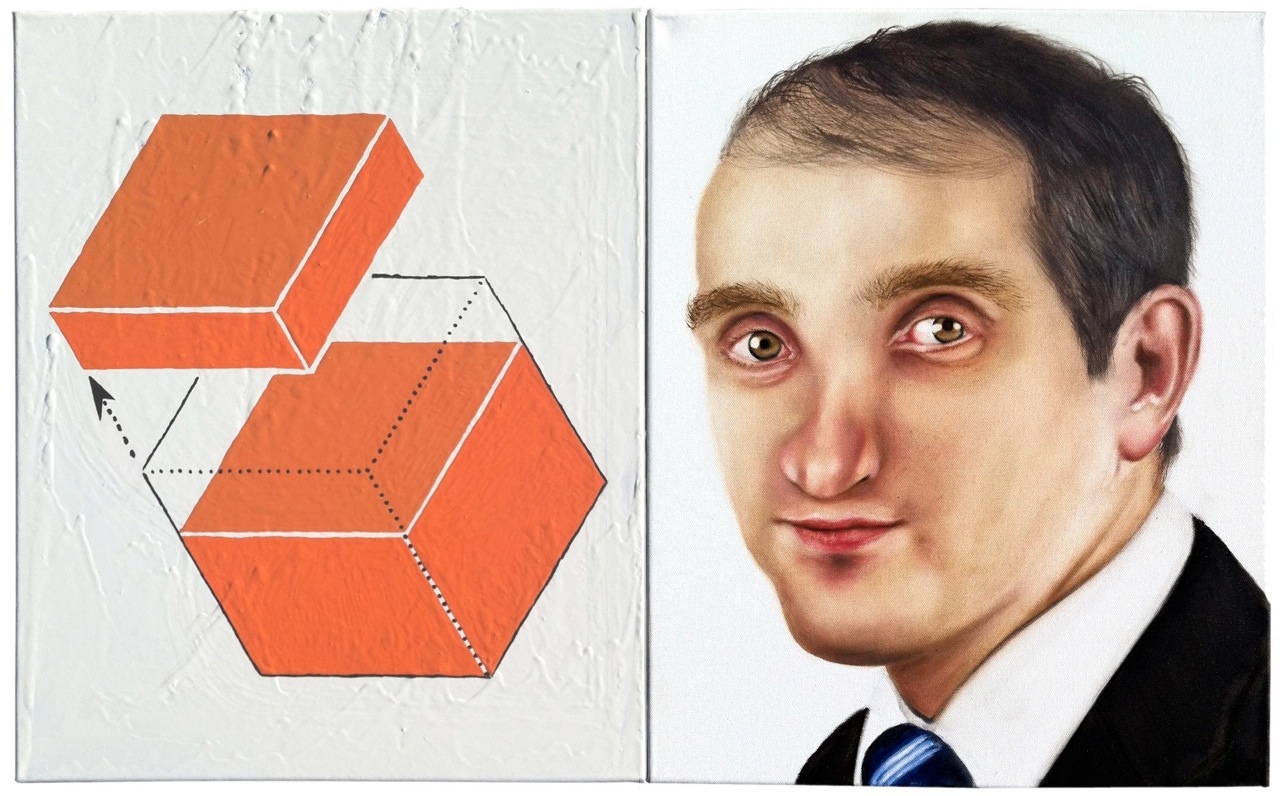 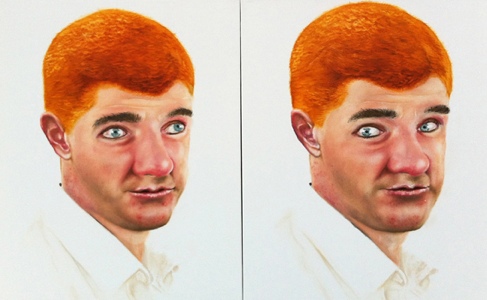 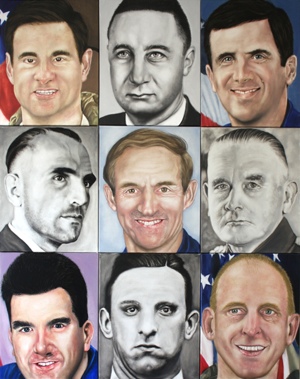 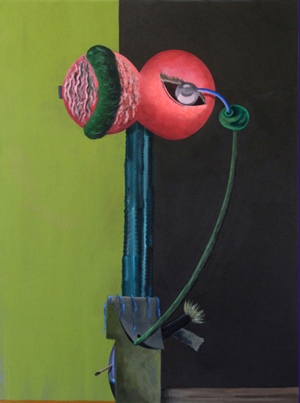 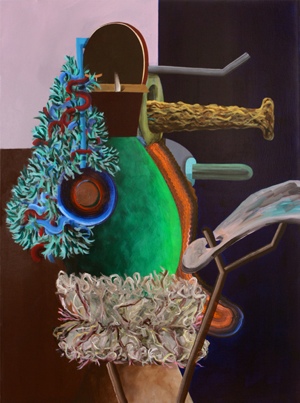 The group exhibition MANMADEGOD features four artists working on issues related to the concept of the artist as creator, his / her relationship with the divine and the consequences of challenging this role. While most traditional exhibitions examining creation take a reverential or didactic position, this exhibition focuses on the absurdity of artistic practice and questions the authenticity of genius. Exhibiting together for the first time, all four artists live and work in London but come from very diverse backgrounds, as far apart as Pakistan / UK, Iran, Spain / Iraq and Israel.

As a consequence, the subtext of the exhibition is the subtle interrogation of historically and culturally specific forms of representation, re-interpreted through a universal contemporising prism. Each artist draws on his or her own ancestral visual language to inform their personal aesthetic whilst consciously steering away from ‘self- orientalising exoticisms’, thereby invalidating the simplistic stereotypes with which diasporic artists are so often charged.

Haroun Haward presents a piece that is the first in a series he is developing. Construed as a triptych, the first two panels acknowledge the artists’ Pakistani roots in comprising stylised paintings of Islamic prayer rugs from the Baluchistan region of Pakistan and Azerbaijan in Northwest Iran. But rather than faithfully recreating the original symbolism of this imagery, Haward’s stylised motifs and patterns are deliberately rendered in day-glo red and blue ‘Acid House’ colours that use a contemporary graphic design technique employed to catch the eye and to ‘flicker’. Switching cultural signifiers, the final panel is inspired by French artist, Theodore Gericault’s ‘Officer of the Hussars’. Melding the two disparate visual traditions, the silhouette of the Officer and rearing horse are filled with details from the prayer rugs and a plethora of other sources defined in similar ‘Acid House’ blues and reds.,In juxtaposing the hybrid images of the prayer rug and the soldier, Haward investigates the millennia old relationship between religion and war, and more broadly the immense power and effects of ideology and doctrine in a world in which East and West are struggling to redefine the global hegemony.

Executed in Iranian crude oil, 22ct gold and lapis lazuli, the drawings on the one hand deliberately reference the symbolic materiality of Early Christian manuscript illumination in which the Virgin Mary was always depicted in a lapis lazuli blue robe and the use of gold denoted sanctity, whilst on the other, they draw us into the male oriented, private realm of the Persian court in which the role of god was usurped. Feeding off these opposed languages, Sohkhanvari inverts the potency of the female form, catapulting the position of women in society from religious subservience to that of powerful sexual dominance.

Using painterly accumulations of bizarrely shaped dystopian figures, forms and objects Gorka Mohamed refers us to the the Spanish Baroque, even Goyan portraiture (Boneless Character in a Mute Blue, 2010 or Franciscan Mechanism, 2010). If Mohamed’s paintings were theatre, they would belong unequivocally to the genre of the Theatre of the Absurd, characterised by Albert Camus’ 1942 essay Sisyphus in which he defines the human condition as basically meaningless.

By distorting and ridiculing this conventionalised, stereotyped imagery, the artist reflects on the things that affect us psychologically in our social-cultural reality and consequently by communicating more authentically, creates a catalyst by which to remedy the toxicity found in humanity. Or as Martin Esslin states when describing the dramatic equivalent “The shedding of easy solutions, of comforting illusions, may be painful, but it leaves behind it a sense of freedom and relief. And that is why, in the last resort, the Theatre of the Absurd does not provoke tears of despair but the laughter of liberation.”

Amir Chasson likes people, pattern making, jigsaw puzzles, bathroom tiles and the law of chance. Playing on happenstance, in Nazis and Astronauts 2011, he juxtaposes emblematic portraits of bad men (Nazis) with good men (American Astronauts), instruments of government and society, in alternating black and white and colour tiles (not of the bathroom type). Black for bad and colour for good we think, but no, confounding our expectations, Chasson cleverly subverts the order, so that good becomes black and white and we are left confused.

Equally unresolved for the viewer and continuing the tile vocabulary, are the artist’s paintings depicting the same male figure on two sides, with one unexplainably distorted (A whiff of evidence, 2011) or a mathematical or graphic shape on one side and an unknown caricature portrait on the other (Ten dimensional tetrahedron, 2011). Totally detached in form and meaning, the two halves of each unidentified and unidentifiable sit uncomfortably side by side. It seems the only logical conclusion for Chasson’s is there is no conclusion (at least not one which the artist is about to give us) and that these images serve merely as semiotics for which any interpretation is possible.
Yet despite this apparent nihilism, Chasson’s work, like those of the other artists in the show, is underscored with humour and fun and by investing in these visual paradoxes, we as audience are ultimately investing in the paradox of life.