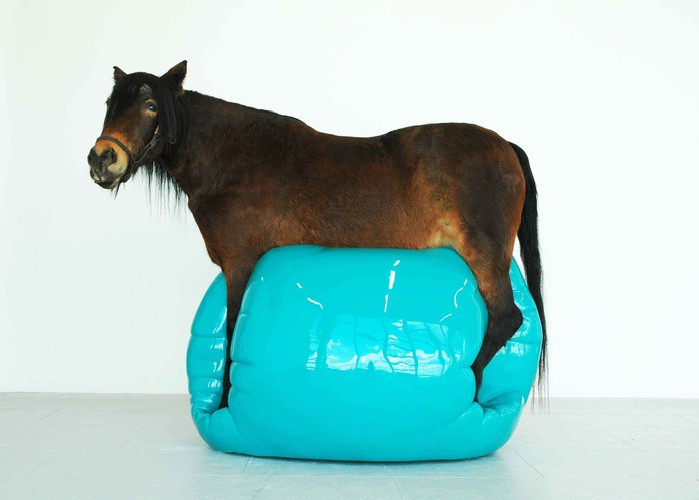 25th July – 28th September 2012
Shizaru is to host THIS IS LONDON, an exhibition featuring a cross section of contemporary art from London.

Centered on some of London’s eccentric heritage, the 46 artists span an impressive array of mediums and processes. Spread over two floors among five gallery spaces, the exhibition will offer a completely immersive experience, as the artists have been invited to cover every square inch of space within the gallery, with artworks hung Salon style.

Highlighting the exhibition are a handful of artists whose oeuvre explores themes of British heritage. English born artist David Harrison fuses his inspiration from both city and country to create a bizarre and mythical style that can only be described as ?very English?. Also on exhibit will be Harrison?s unique London-inspired scents, a result of his recent experimentations with perfume. In stark contrast, Alison Jackson adds an element of modernity to the exhibition with her thought provoking commentary on English society and London?s growing obsession with the cult of celebrity.

Henry Hudson will be exhibiting a series of works that depict Van Gogh?s flat in Brixton, a reminder of London?s ongoing historic internationalism, whilst Nick Hornby will be exhibiting an edition of his version of Michelanelo?s David, shortlisted for the Victoria and Albert Cast Courts, further highlighting London as a city committed to history as it faces its future. Adding to London?s ongoing commitment to the promotion of Art, the exhibition features work by one of this year?s Turner Prize nominees, Paul Noble.
???????
?London acts as a multicultural melting pot of artists from all over the world who have chosen the city as a place to live and work, and the exhibition seeks to capture London?s tangled internationalism. The show features artists such as Kelly McCallum, who although Canadian is heavily informed by English Victoriana taxidermy and Bouke de Vries who pays homage to his Dutch legacy through the medium of ceramics.

Sohelia Sokhanvari also retains her Iranian identity, though having studied at Goldsmiths (where Michael Craig-Martin, also in the exhibition, tutored the YBA?s) and living in London and Alinka Echeverria who?s work, although produced in London, deals with subjects from Cuba and Mexico, highlighting the diversity of contemporary London life.

Founder Benjamin Khalili recognises the mounting excitement for the exhibition and its viewers.

‘What we wanted to bring to the table during the Olympics was a platform for visitors to see how London has become defined by the creative community and the arts. Each of these artists has a unique connection with London, regardless of where they were born.’

THIS IS LONDON also engages with London’s vibrant community of gallerists. Often overlooked, this community is at the foundation of London’s art scene, working tirelessly to foster the arts. Shizaru has invited a selection of gallerists and collaborators to join in the exhibition, with a selection of key artists from their stable, as well as events performances and talks organized by the respective galleries at the Shizaru space.

As a joint effort, THIS IS LONDON offers an unprecedented opportunity to see some of the most exciting names in contemporary art from London.

About Shizaru:
Shizaru is a contemporary art gallery focusing on a unique visual culture. Launched in 2011, Shizaru provides a multidisciplinary platform for artistic dialogue. The gallery is committed to showcasing a selection of the most exciting contemporary artists from the UK and abroad. Through solo exhibitions developed in close collaboration with the artist to specialty group shows with guest curators, the gallery aims to promote artistic creativity in any medium. Launched by Benjamin, Raphael, and Daniel Khalili, sons of collector and philanthropist Professor Nasser D. Khalili, the brothers have used their informed understanding of art and collecting to develop an innovative contemporary exhibition programme. In the centre of London’s Mayfair, the distinct interior space holds a sense of fantasy and wit, offering a fresh platform to engage with art. It takes its distinctive name, meaning ‘Do No Evil’, from the lesser known fourth monkey of ‘the Three Wise Monkeys’ – See No Evil, Hear No Evil, Speak No Evil. 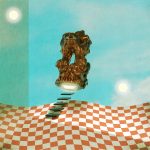 How to Buy Art on WhatsApp – Text Zien

The work is called ‘Association Grid: Dark Night’ by British artist Ed Fornieles. For now, it is stored somewhere on a zipped file on my phone, waiting for me to create it. 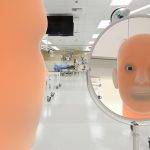 Works by 20 artists are presented in the show, ranging from artificial intelligence, interactive installations, robotics and biometrics to gaming, video installations, virtual reality and photography.