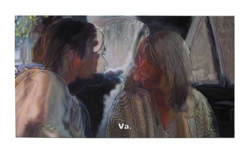 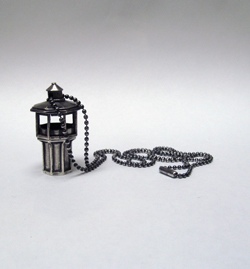 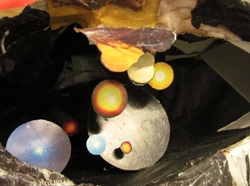 The Impossible Heap is taken from the opening lines of Samuel Beckett’s Endgame. This absurdist classic elucidates the cyclical and somewhat senseless reality of human existence, and borrows from the last moves of a chess game wherein the outcome becomes inevitable but is drawn out regardless of the last futile countermoves.

The exhibition brings together a selection of artists aiming to ripple the surface of the quotidian, featuring new work that revisits traditional media through experimental processes: painting, sculpture, drawing, assemblage, collage, performance, video, and a wide range of activities are reconsidered in imaginative ways. Other projects, such as Price & Mann’s billboard interventions and Sarah Pager’s window installation on the façade of the building will see work taken outside of the gallery setting.

The artists included in the exhibition are interested in themes that run throughout the play, such as inter-textuality, entropy in a closed system, meaning through repetition, or control in power relationships. Much of the work positions itself within a seemingly ever- repeating world, where disaster seems perpetually inevitable. A collective concern seems to shift from ecological exploitation, to financial collapse, to the growing fear of increased social and political conflicts. Through the repetition of 24hr news coverage and constant worldwide communication, the urgent succumbs to a benign, brow- furrowing malaise that threatens to sweep across society.

Some of the artists attempt to harness this general feeling of malcontent, while others address specific issues much more directly. They all, however, demonstrate a refusal for continual sedation, aiming to rupture contingent structures by beginning again from a starting point, in order to revise and reimagine. 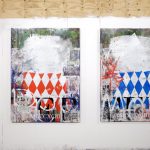 Zavier Ellis both exhibitor and artist at this years VOLTA Basel

Zavier Ellis has become the first gallerist to both exhibit and be shown as an artist at VOLTA. 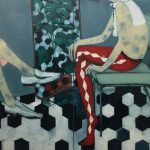