REVIEW: THERE IS NOT AND NEVER HAS BEEN ANYTHING TO UNDERSTAND! ASC GALLERY - FAD Magazine
Skip to content 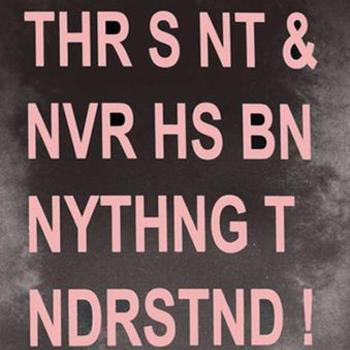 Burrows and Sullivan have stated they are interested in making an exhibition through accretion, a process more akin to the production of a noise or a crystalline object than curation. Is this a refusal of curation? Or a mixing up, a new way of integrating the polymorphic voice? 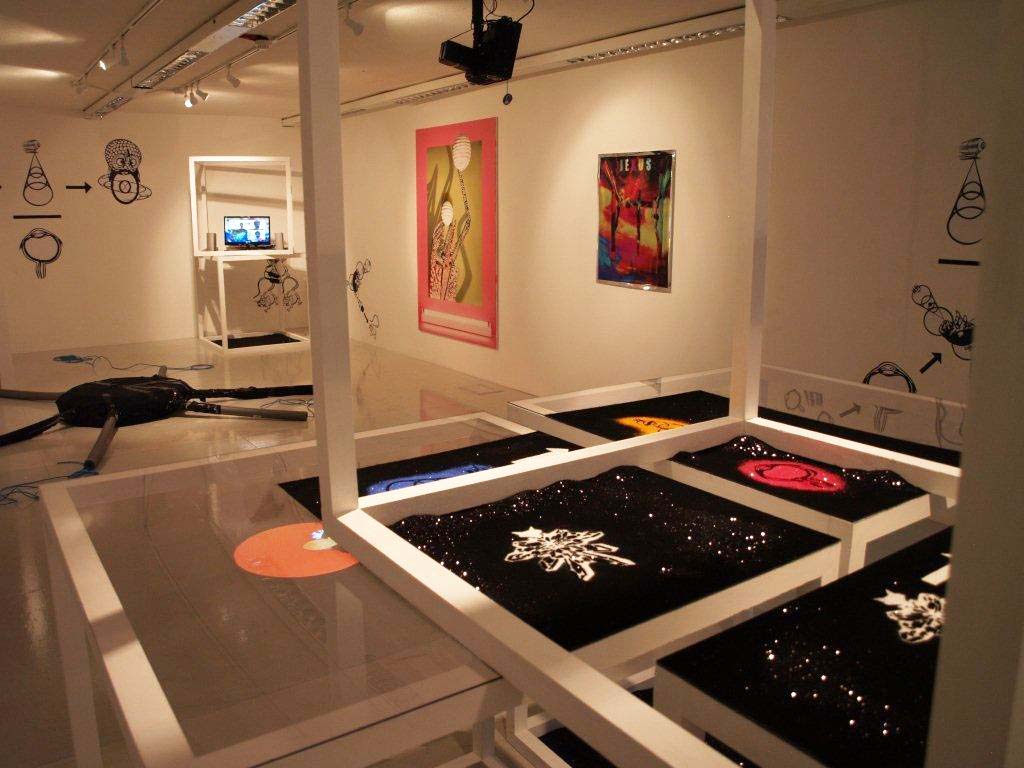 The image conveyed in the press release, adds to the elaborate fabulative narrative that is built around the exhibition. The idea of Sullivan and Burrows not wanting to enter into discussions with ASC or allude too much about the exhibition ‘preferring to pointing, humming, nodding and talking’ is in keeping with the title. The only clue we get to their intentions is a brief statement iterated by the collective communique:

Plastique Fantastique is for Skizzcretion… as an interference with the processing of stimuli by the nervous system… as secretion over-load… as semantic under-load… as a burning of the ear and splitting of the eye… as an accretion that is neither transparent nor opaque but a vibration… as dense and crystalline rather than a complex and rich source of information… as a surplus that is a store of energy… as an oscillation rather than a movement from A to B… as disorganisation and disorientation… as noise… as a refrain yet-to-come:

In fact the whole construct interwoven by the press release has probably been employed to create a fictive extension and further ruse in which to suspend the exhibition. 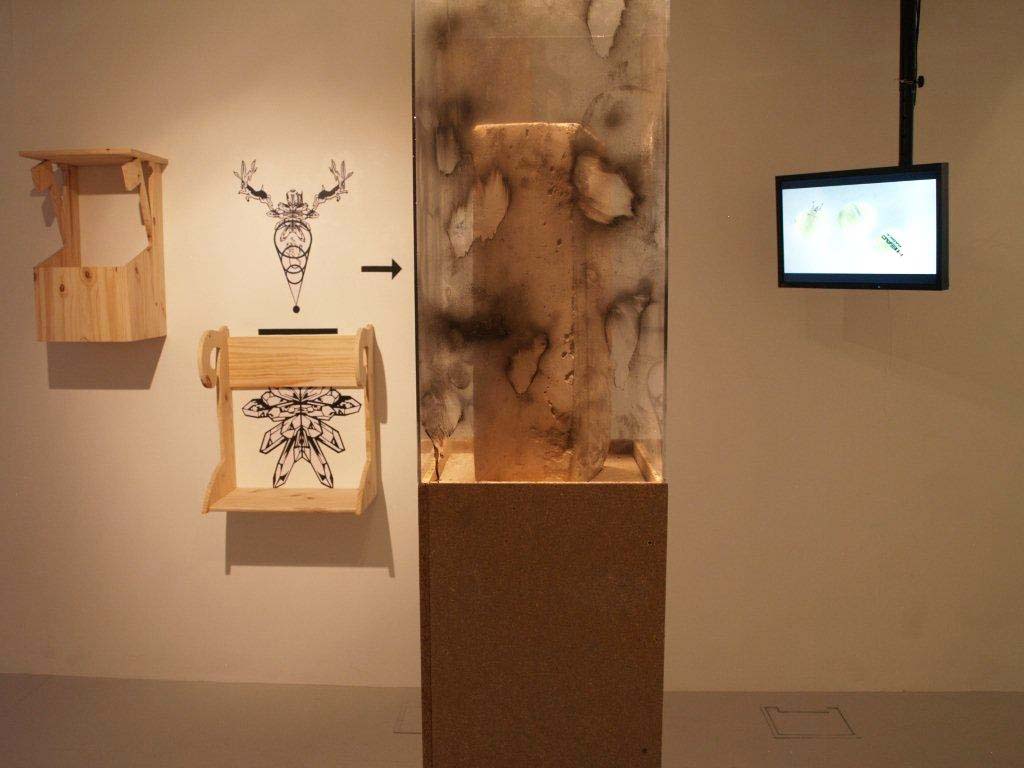 Before even seeing the show the viewer is already heightened by the idea of the ‘fictive’ and disorientated by the ruse. Upon entering, the aesthetic richness of the acid house pop colours and abundance of; assemblages, sculptures, paintings, films and sound create a sensory overload. The discordance of sound intermixes together forming an overall collective cacophony. At first it is difficult to focus on the individual components in relation to the carefully laid out plan attached to the list of works. This is the only thing that has a definitive certainty, an effective tool, to map out the unknown territories. Sprawled across the walls are diagrammatic drawings that work to navigate the viewer around the show, full of symbolism but impossible to translate. 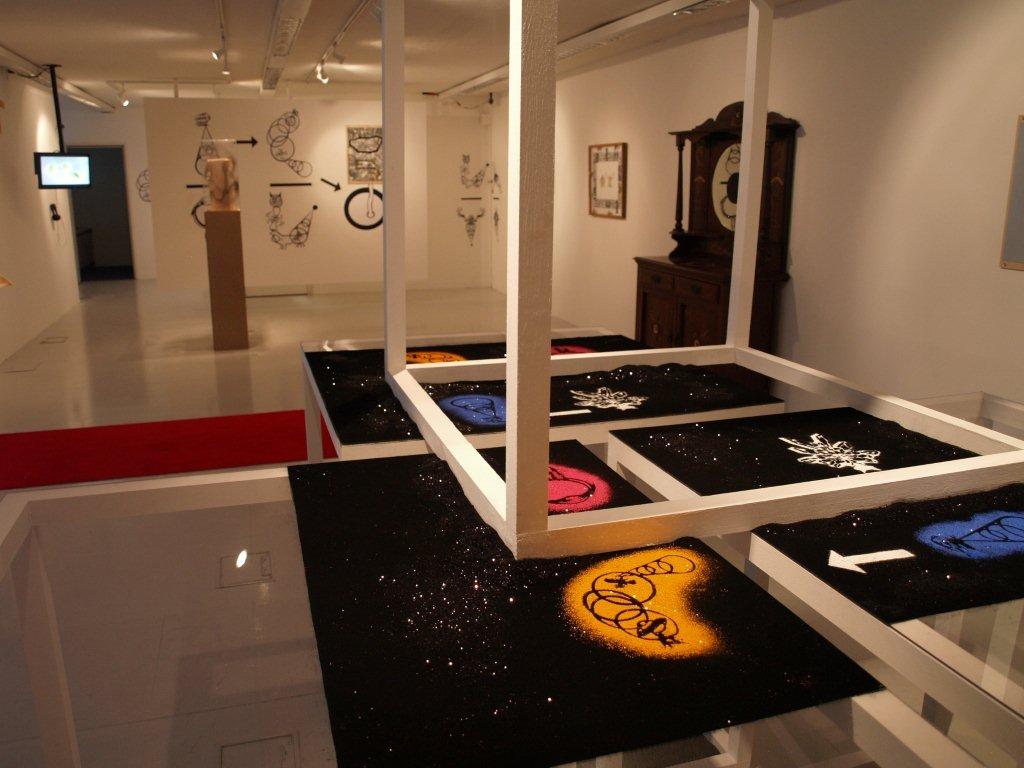 Within the exhibition there are two altars bringing into play ideas of worship and sacrifice. The first one that is evidently apparent visually is Pil & Galia Kollectiv’s ‘Altar to Capital’ which consists of a long red carpet that runs horizontally along the space leading the eye to the main focus the alter cabinet, the mirror’s reflective surface is intervened by a painted black circle, an orchestrated void, perhaps to lead the viewer beyond their own sense of the self, beyond mere representation, where does it lead? nowhere? Could this be a critique on Max Weber’s classic study ‘The Protestant Ethic and the Spirit of Capitalism’ , ‘which sums up the ‘peculiar ethic’ of Capitalism as ‘the idea of a duty of the individual toward the increase of his capital, which is assumed as an end in itself.’ (1) Perhaps the idea that capitalism has an elevated status now within our society, the new religion.

The other alter is placed at the far corner of the exhibition but can be heard all around the space. ‘Plastique Fantastique’ Altar to the Pre-modern’ by David Burrows, Tom Clark & Simon O ‘ Sullivan. Within this installation, two cubes are arranged diagonally placed on top of each other, central to the piece is a small tv playing a looping video, that iterates acts of ritualism. The film begins with an introduction screen that displays the text: ‘agent knowledge truth and surplus’ alongside this are the repeated diagrammatic drawings that are on the walls of the gallery space.

Within the film we watch a transformation as each person covers their face with glue and places their head in what appears to be glitter. Akin to a ritualistic process? But why? Then another declaration:

‘Spongebob Square pants is your friend’

Is this the birth of ‘probe-heads’? In New Moderns, Simon O Sullivan explains the meaning of a probe-head ‘that which explores the terrain beyond the face, the terrain from which the face is nothing more than an extraction or crystallisation. Probe-heads are in this sense a move into chaos.’ (2)

Almost appearing at first as didactic, but we already know from the outset that it is not opaque as this, it seems to come in the guise of prophesy, their transformative state explores the terrain beyond representation, one of chaos.

The work that encapsulates the exhibition is Benedict Drew’s ‘Lecture on Everything’, in a room just off from the main gallery space. A lecture is given by an anthropomorphic lump, making declarations like: ‘Noise is all signals on and off…What is Futurism?…Translation No…Noise equals the perception of the world…Rockism is selfism…A history of misunderstandings’ Ending with SMPTE colour bars (television test patterns usually used in TV’s to encourage viewers to adjust TV colour settings). The film works to come together like a broadcast from the future, instructional and almost believable. 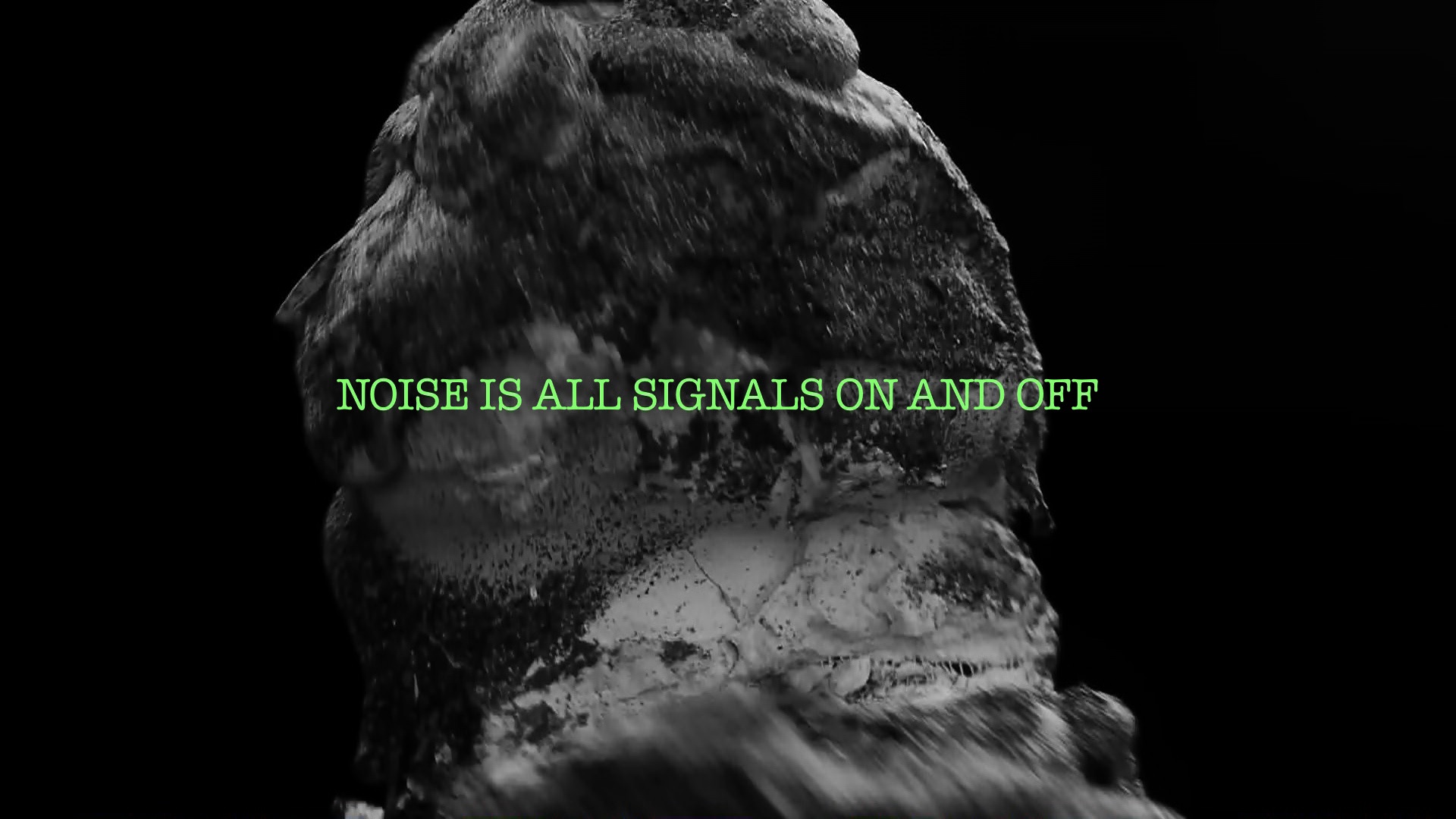 Lecture on Everything, 2012, still, Courtesy of Benedict Drew

Other works that stood out were; ‘Chicken Asteroid’ by Mark Jackson which invites the viewer to listen to a recording of chickens being slaughtered, through a pair of headphones apparently the process of the recording has been ‘played in the space, recorded, played in the space, recorded….’) and ‘Value – A Visualisation’ by Dean Kenning which offers a description of a coagulated unspecified lump, through a sound box, encased underneath appears to be a replica of the description heard, a brightly undefined pink blob.

The whole exhibition installs within the viewer a desire to search for meaning or some sort of translation, however there is no salvation, the exhibition’s intent isn’t transparent as it states in the communique; ‘as an accretion that is neither transparent nor opaque but a vibration…as noise… as a refrain yet-to-come:’ As a viewer, you have to callibrate how you approach the works and open to the experience, which is more akin to an event, that forces the viewer to go beyond looking. According to Sullivan ‘Art, it seems to me, might be better thought of as an event that interrupts knowledge – that breaks information.’ (3) Like John Russell’s ‘Connector’ that is within the main gallery space, a connector that connects to nothing, disconnected, a break in signal.

This exhibition is seamless in its integration, the idea of mixing up and layering through curation has effectively worked to cancel out the individual and instead form a noisy swarm that is dense and full of vibration. Overwhelming…refreshing…noisy…propositional…transporting…
Please note: This is not an attempt to understand and this subjective perception of the exhibition should not be taken as truth, the exhibition should be experienced yourself! 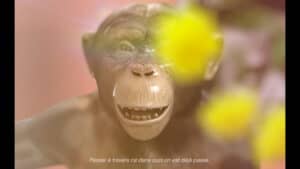 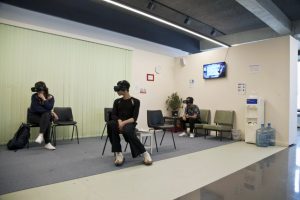 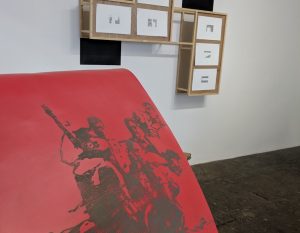