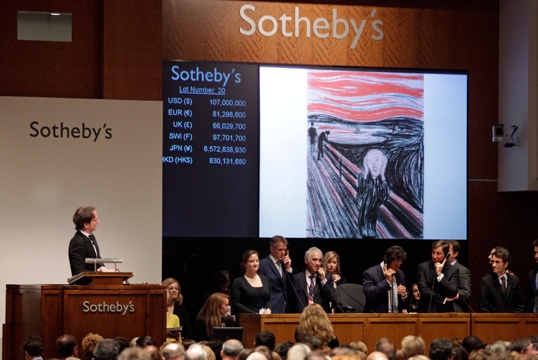 Edvard Munch’s “The Scream” was auctioned at Sotheby’s yesterday in New York.

The painting is one of four versions created by Munch.
The other three are in Norwegian museums. The one at the Sotheby’s auction was the only one left in private hands and was sold by Norwegian businessman Petter Olsen, whose father was a friend and patron of the artist. 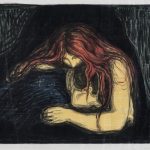 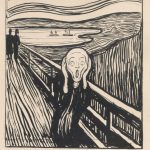 This April, the British Museum will present a major new exhibition on the work of Norwegian artist Edvard Munch (1863-1944). Edvard Munch: love and angst will focus on Munch’s remarkable and experimental prints 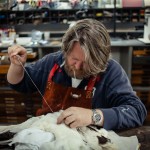 Shapero Modern is to present as its inaugural exhibition, Natural Selection, a group show highlighting the importance of the study of nature from the Seventeenth Century to the present day.