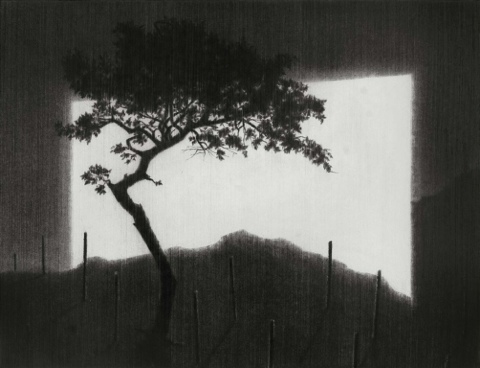 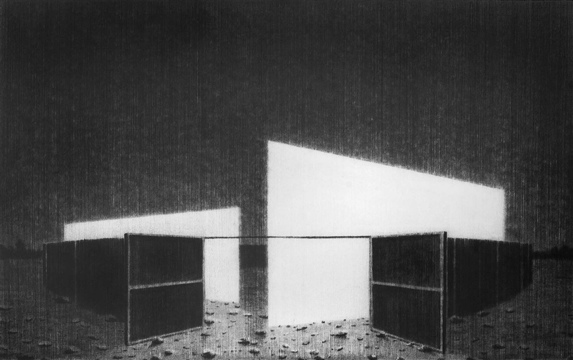 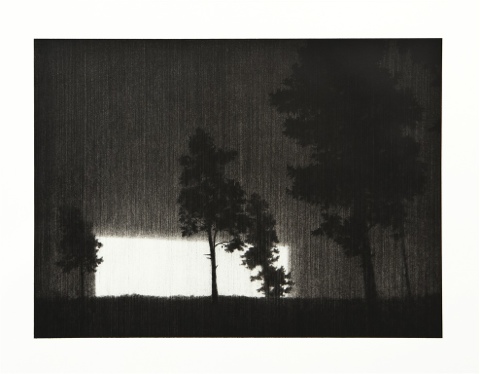 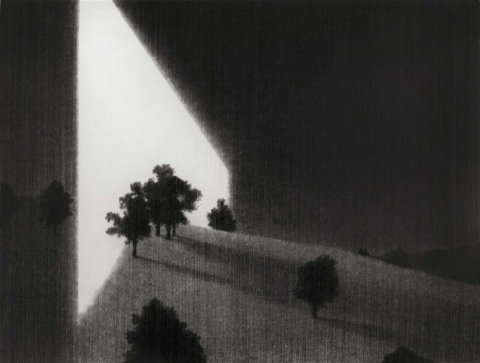 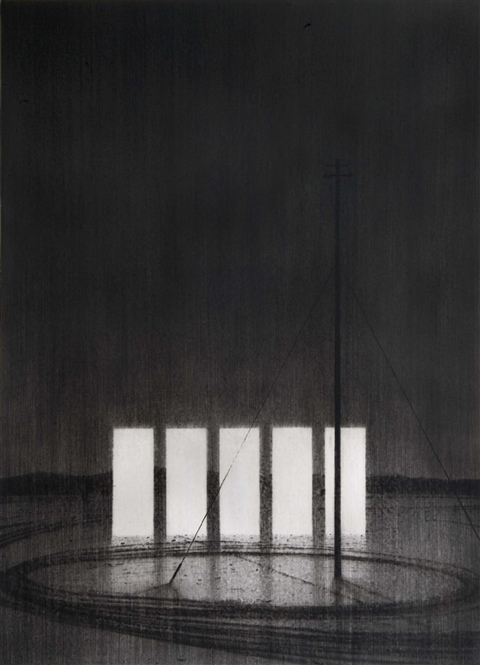 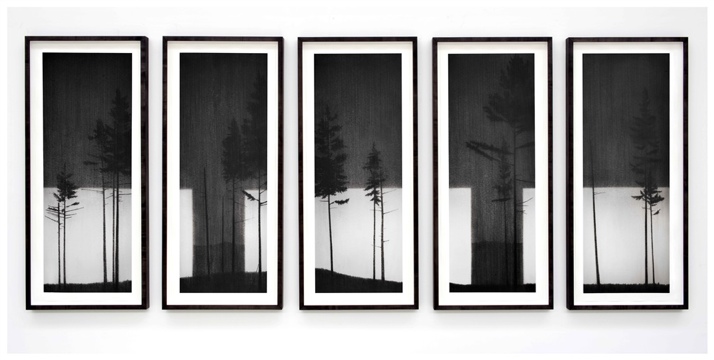 All Visual Arts present their first solo show by British artist Reece Jones. Staged across the 5000 square foot warehouse in Kings Cross, Control Test represents the culmination of a series of works developed over the past two years.

Jones creates charcoal drawings on an unusually large scale. Essentially process based, they are developed using a system of application and erasure. Building up multiple layers only to systematically erode them using glass papers. Responding to the new-found nuances of surface, tonality and description created by this aggressive intervention, he then re-builds the images only to repeat the process until ‘resolution’.

Elements of the current exhibition were first shown at the Triumph Gallery in Moscow in June 2010 and the title for the show refers to the recurring motif of a ‘blank’ rectilinear screen that appears throughout the work. This negative space inhabits a series of shifting landscapes operating as a ‘constant’ or ‘control element’ against which these ever changing topographies are measured. The screens may also be considered to be postmodern monuments, light sources and formal devices whose characteristics dictate the composition and resonance of the works.