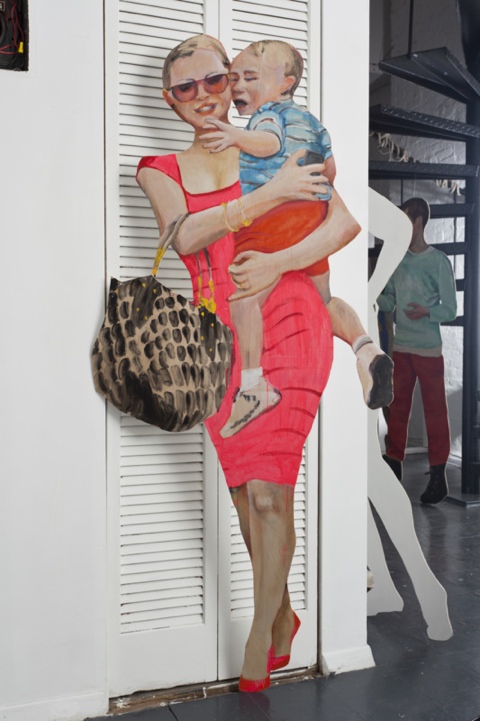 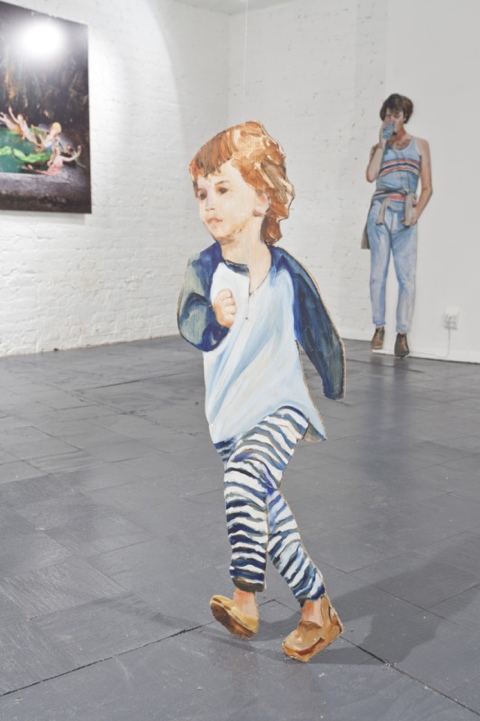 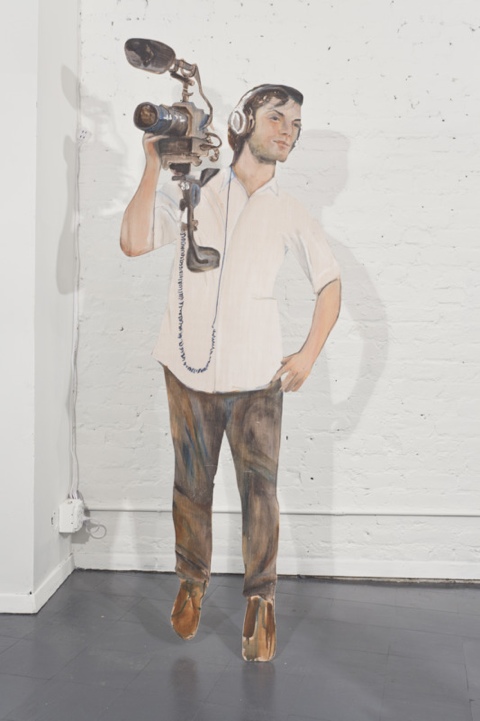 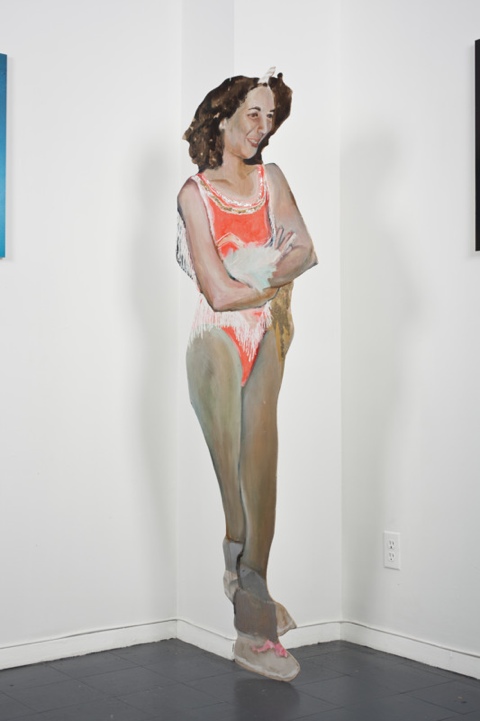 In her first solo exhibition in New York, Z Behl will debut a site-­?specific environment that will alter and engage the entire 7Eleven Gallery Space. “Battle for Lagniappe” will be on view through to March 25th, 2012.

Working within a number of different mediums, Z Behl tirelessly creates a world of fantasy and adventure. “Battle for Lagniappe” includes works on paper, photography, installation, an all-­?encompassing tableau as well as a number of sculptural elements. Twenty-­?five woodcut luan silhouettes, transformed by oil paint and day glow fluorescents to create a rich surface texture, constitute the main impetus for this body of work. Fearlessly thrusting herself into a world of dream like imagination, Z has constructed a three dimensional naval battle, involving mermaids, a pirate ship and young warriors battling their demons.

Developed out of a previous body of work titled “Wooden Army”, a painted cutout series in which the artist portrayed her peers, artistic supports and collaborators caught in a defining moment, “The Battle for Lagniappe” extends the life of this “army” as they turn spectator to the scene at hand. Z has always found ways to incorporate past works into new endeavors, an expression of her intimate and visceral connection to her work. As testament to this connection, Z recently packed up her elaborate mise en scene and drove down to New Orleans to install it in a haunting, overgrown pool. Pulling from her reverence for filmmakers, Z stepped into the role of movie director. With the support of an art department, she was able to cast her cut outs in an aquatic stage set and shoot the photographic elements of her exhibition. “I like to play with and engage my paintings” the artist stated, “and here I have pushed my paintings to the limits of waterlogged collapse. It is not that I don’t care for their well-­?being, or find them to be precious, it is that the only way I know how to enjoy my own art is by using it. It hurts my heart to step on them, and cut them up, and I cringe when they are damaged, losing fingers, or locks of hair; but I masochistically return to this dynamic again and again.”

The title of the exhibition, “Battle for Lagniappe,” comes from a term Z picked up in Louisiana, where the tradition of merchants giving a small gift to customers is still customary. Mark Twain writes in Life on the Mississippi of “Lagniappe” being a word “worth traveling to New Orleans to get,” as he explains it “is the equivalent of the thirteenth roll in a ‘baker’s dozen.’ It is something thrown in, gratis, for good measure.”

Born in Tribeca in 1985, Z Behl was raised in a haven of supported creativity. In order to best immerse herself in creative community she began working as an art director at Stuyvesant High School, and then at Wesleyan University, where she met 2012’s Sundance award winning director Benh Zeitlin, and became a blood-­?member of his production company Court 13, “more of a concept than a collective.” Upon graduating in 2007 she moved to New Orleans for two years to participate in Studio at Colton’s artist residency and work with Court 13. In 2010 Z left the bayou and moved to Argentina where she exhibited drawings evoking the “destructive nature of human attachment” in ArteBA’s Barrio Joven. In 2011 she returned to NY, where she is still active in her native neighborhood, teaching art.