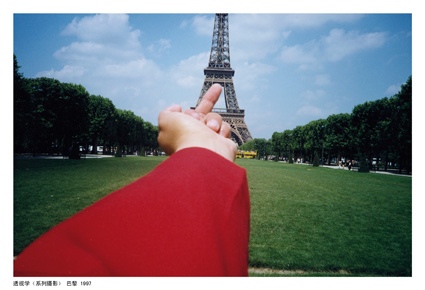 “Ai Weiwei – Interlacing” is the first major exhibition of photographs and videos by Ai Weiwei. It foregrounds Ai Weiwei the communicator – the documenting, analyzing, interweaving artist who communicates via many channels. Ai Weiwei already used photography in his New York years, but especially since his return to Beijing, he has incessantly documented the everyday urban and social realities in China, discussing it over blogs and Twitter. Photographs of radical urban transformation, of the search for earthquake victims, and the destruction of his Shanghai studio are presented together with his art photography projects, the Documenta project Fairytale, the countless blog and cell phone photographs. A comprehensive book accompanies this exhibition.

Ai Weiwei is a generalist, a conceptual, socially critical artist dedicated to creating friction with, and forming reality. As an architect, conceptual artist, sculptor, photographer, blogger, Twitterer, interview artist, and cultural critic, he is a sensitive observer of current topics and social problems: a great communicator and networker who brings life into art and art into life.

Ai Weiwei was born in 1957, the son of the poet Ai Qing. Following his studies at the Beijing Film Academy, he cofounded in 1978 the artists’ collective The Stars, which rejected Social Realism and advocated artistic individualism and experimentation in art. In 1981 Ai Weiwei went to the USA and 1983 to New York, where he studied at Parsons School for Design in the class of the painter Sean Scully. In New York he discovered artists like Allen Ginsberg, Jasper Johns, Andy Warhol, and, above all, Marcel Duchamp. Duchamp is important for him because he understood art as part of life. At this time, Ai Weiwei produced his first readymades and thousands of photographs documenting his life and friends in the Chinese art community in New York. After his father fell ill, he returned to Beijing in 1993. In 1997 he cofounded the China Art Archives & Warehouse (CAAW) and began from then on to deal with architecture as well. Ai Weiwei opened his own studio in 1999 in Caochangdi and set up the architecture studio FAKE Design in 2003. In the same year, he played a major role, together with the Swiss architects Herzog & de Meuron, in the construction of the Olympic stadium, the so-called Bird’s Nest. Following its completion, it became a new symbol of Beijing. In 2007, 1001 Chinese visitors traveled, at his instigation, to Documenta 12 in Kassel (Fairytale). In 2010 the world marveled at his large, yet formally minimal carpet of millions of hand-painted porcelain sunflower seeds at the Tate Modern.

Ai Weiwei deliberately confronts social conditions in China and in the world: Through photographically documenting the architectonic clear-cutting of Beijing in the name of progress, with provocative measurements of the world, his personal positionings in the Study of Perspective, with radical cuts in the past (made to found pieces of furniture) in order to create possibilities for the present and the future, and with his tens of thousands of blog entries, blog photographs, and cell phone photographs (along with many other artistic declarations). This first, large exhibition and book project of his photography and videos focuses on Ai Weiwei’s diversity, complexity, and connectedness, his “interlacing” and “networking” with hundreds of photographs, blogs, and explanatory essays.

Imprisoned on April 3rd 2011 by the Chinese authorities because of his political activities, released on bail June 22nd 2011, Ai Weiwei is still, today, banned from leaving the country.