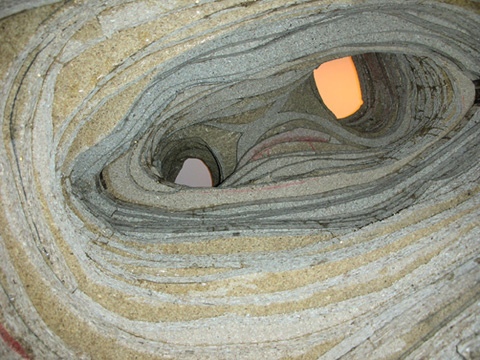 “Making Out” features the work of three recent RCA sculpture graduates and reflects each artists` highly subjective and idiosyncratic approach to method and material. At the core of each practice is an acknowledgement of the primacy of process in sculpture making, where the statement of intent, be it through image making or abstraction, is emphatically linked to process itself.

Vasilis Asimakopoulos
Vasilis Asimakopoulos work explores man’s enquiry into social and political events, by creating platforms and avenues that range from the use of technology to cultural media. Although major concerns and phenomena act as a starting point, his work focuses on the impact of the everyday, history and culture. Thus, ecological disaster, the financial crisis or nuclear war are transfused ironically with elements such as sci-fi films, everyday decadence and pure stupidity in order to present new possibilities and frontiers for our understanding of the world. An understanding that in many ways is connected with a carefree stripping of established systems and dogmas and their manipulation, so as to size down important ideas and issues to the equivalent of a laughable fable.

His new body of work creates a feeling of investigation, dissection and eventual distortion of traditional western art as a symbol of western ideals and ethos, winking in a sense at the financial and social tribulations in the western world.

Mark Davey
Mark Davey states that he often has a reluctance to read any more into a piece of work, other than what you are presented with; a machine that catches, dunks, rubs, reflects or fucks. It does what it says on the tin. However, the pieces are usually erotically charged in a way that reminds us of ourselves, and perhaps the relationships that we invest in. Sometimes perverse (designer pants and oil) and sometimes beautiful (oscillating convex mirror) his work walks the line, quite literally, between man and machine.
‘The machine is a difficult definition for me to apply. A machine has a function, it helps us with our lives and our jobs. My work does neither, but rather reflects the viewer. They are always more human than they are machine, with the body being a key reference point for each piece. The work exists somewhere between the realms of a sensuality and a sexuality, where one stops the other begins. Where does a caress stop and a fuck begin?’ Mark Davey 2012

Dexter Dymoke
In his practice Dexter Dymoke realigns traditional roles for materials in favour of investigation, improvisation and contingency. The discipline of making is brought to bear within an approach that nevertheless is consistently drawn toward a realm of explored possibilities, a ‘road less travelled’. What is humble about the work informs its presence, and within this context there can follow an improvisation of a story, the resolution of which remains bracingly elusive. As Robert Gober has observed: ‘if an image is a conundrum to me, then the work is going well’. The particularity of this work comes from the materials being put to good use – but it’s a use they’re not used to.