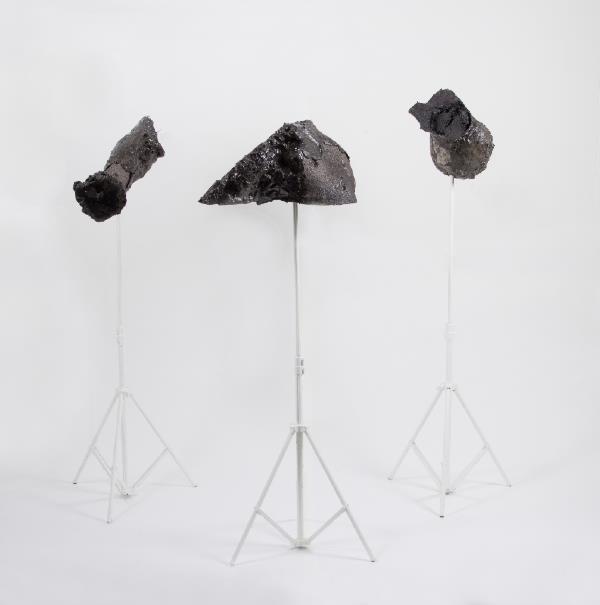 Hanmi Gallery is to present its 23rd interim exhibition ‘Silence and I’ by a group of international artists who respond to the theme of silence and ourselves. The theme lends itself to many interpretations: It can be understood as the inner silence needed for reflection and thought, as the price to pay for living in one of the most alienating cities in the world, when silence is set as a presence, or in many cases, a company, or the silence required for the pursuit of inner knowledge or as a vehicle for progress.

From a variety of media such as painting, drawing, sculpture, installation, printmaking and video, the artists reflect on the notions of ruins and a world that has no room for silence. By exploring the boundaries of the self, and expanding concepts such as alienation and ruin, the raw state of the gallery space provides the perfect scenario for a collection of moments made tangible by the artists.

By adding a personal perspective on the notion of silence, these artists create landscapes on which the ruin is not the end, but the beginning of a dialogue. This depth is present on how the exhibition unfolds to the viewer, allowing different paths of understanding.

As silence, ruins symbolize both despair and hope. Not a quest for the sublime, but a quest for a explanation, and an answer in the silence that is personal and yet unknown to other than ourselves.

“Ruins represent the future,” Anselm Kiefer states and then commenting on his childhood: “The house next to our home was bombed to the ground. I never felt that the debris was something negative. This is just a state of transition, of change, of evolution.”

Curated by Guilherme Gustavo Condeixa and Jennifer Kidd, the artists chosen for this project are known by their unique capacity of capturing emotions and moments, frozen timeless frames in history and memory as well as an unusual visual strength. Engaging pieces become part of the visceral state of the space while allowing the visitor a view to a realm only possible in the Hanmi Gallery’s current state.

Hanmi Gallery is due to undergo major refurbishment but is currently open to the public with a programme of interim exhibitions, of which ‘Silence and I’ is the 23th edition. The inaugural exhibition will take place in Autumn 2014.