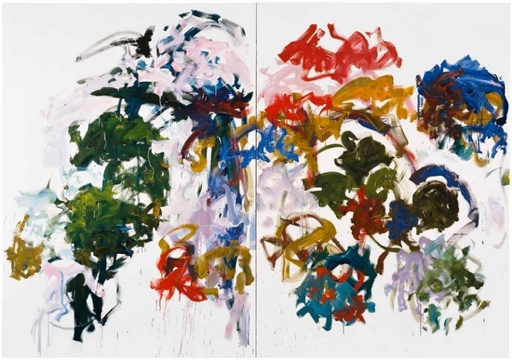 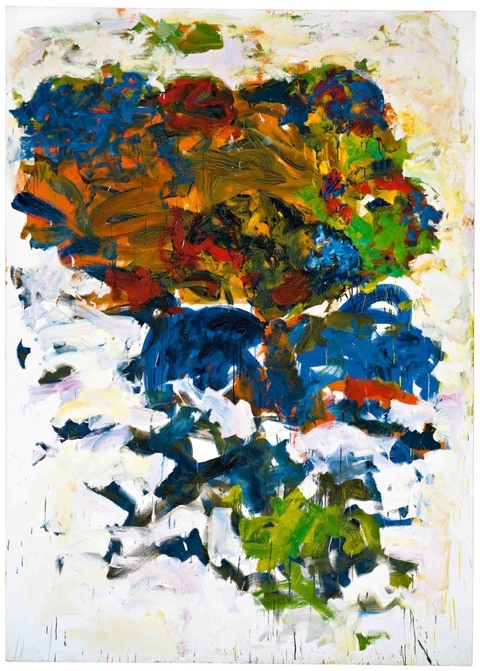 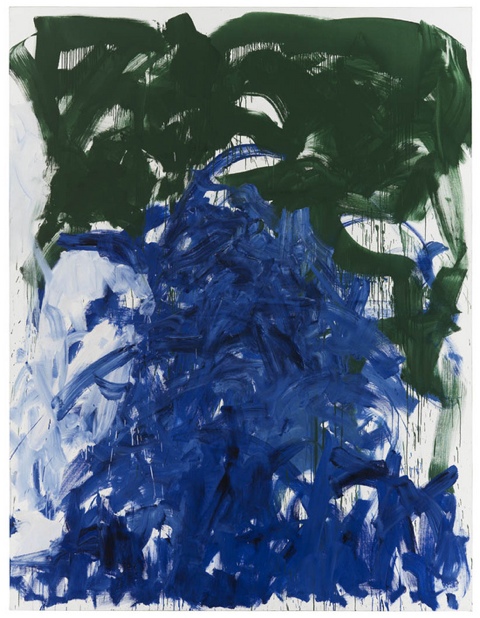 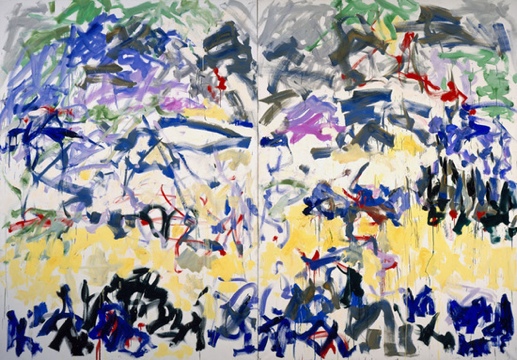 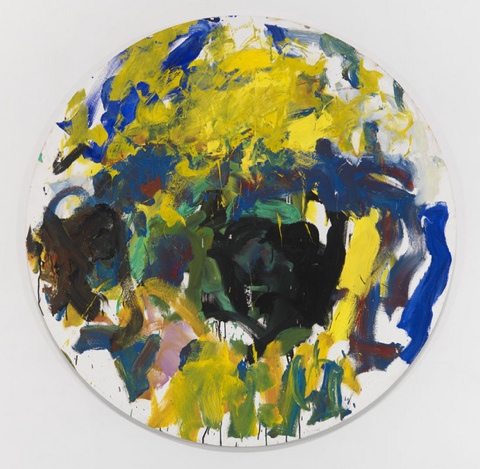 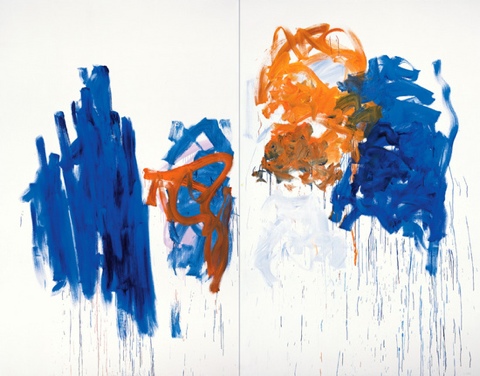 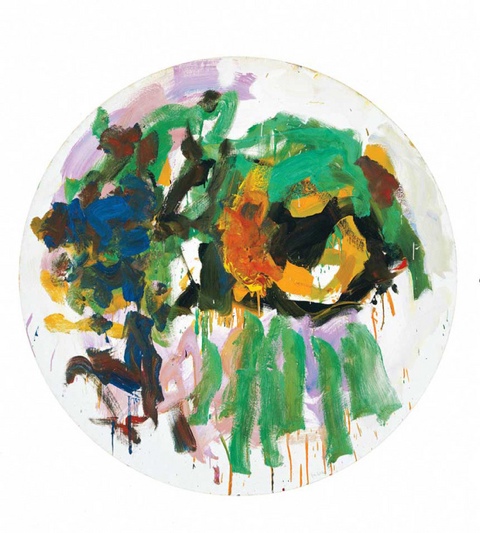 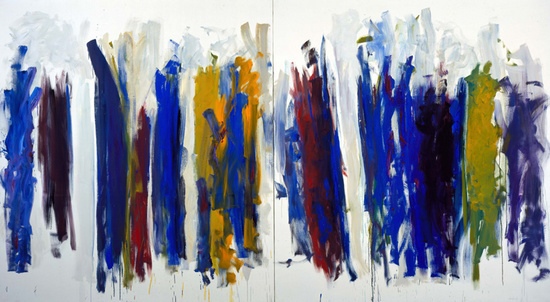 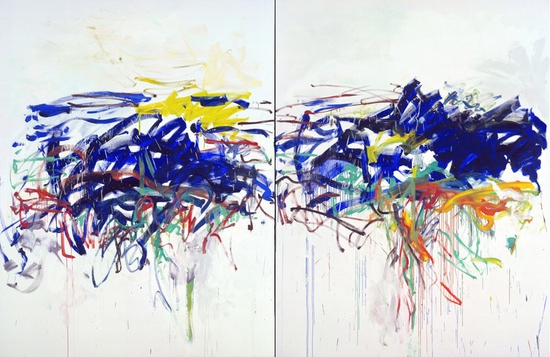 Hauser & Wirth is to present an exhibition of late paintings by American Abstract Expressionist, Joan Mitchell. Created during the last decade of her life, these large-scale canvasses mark a distinct departure from her more sombre works of the early 1960s. Her late paintings, dating from 1985 to 1992, are replete with vibrant colours, energy and excitement, combining Mitchell’s admiration of the work of Van Gogh and Monet, her interest in nature and her adept skill at expressing emotions and memories.

Mitchell was born in Chicago and in 1950 moved to New York where she was one of the few female artists to participate in seminal exhibitions alongside prominent Abstract Expressionists such as Willem de Kooning, Jackson Pollock and Franz Kline. In 1959, Mitchell relocated to France. She stayed in Paris for eight years before she moved to Vétheuil where she remained for the last 25 years of her life, producing dynamic paintings despite such momentous events as the loss of close family, friends and her long battle with cancer that took her life in 1992.

Like many of the Impressionists and Post-Impressionists, Mitchell was fascinated by the French countryside and the lush landscape of Vétheuil featured prominently in her late paintings. In the diptych ‘River’, a painting of the River Seine as seen from her home, Mitchell filled two canvasses with vigorous brushstrokes in an array of greens, blues, purples, reds and a swath of yellow paint crossing the bottom of the canvas to represent the river. In ‘Sunflowers’, Mitchell again used a diptych format to depict one of her most well known subjects in the twilight of its life. In a conversation with Yves Michaud, Mitchell once said, ‘Sunflowers are something I feel very intensely. They look so wonderful when young and they are so moving when they are dying…’. With ‘Sunflowers’, Mitchell worked quickly across her canvasses, expressing her intense feeling through the intense gestures that form the unrestrained and multi-coloured flowers’ blooms. Pushing the boundaries of abstract painting, both ‘River’ and ‘Sunflowers’ illustrate Mitchell’s emotional and physical recollections of the countryside she loved.

The exhibition also features Mitchell’s late, purely abstract paintings. These works range in format including single canvasses, diptychs and tondos. The works display a radical and free use of colour and line, as well as a confident experimentation with composition, scale and physical structure. Each painting showcases Mitchell’s mature artistic style that, over a prolific period of three decades, had fully developed into a unique personal language of colour, line and form. Together, these late paintings demonstrate what Richard Marshall describes in the exhibition’s accompanying catalogue as the artist’s ‘pure joy of putting paint to canvas’.
www.hauserwirth.com/
wiki/Joan_Mitchell

Joan Mitchell has been featured in numerous institutional exhibitions and her paintings
can be seen in many museums and private collections worldwide.
Major recent exhibitions include Inverleith House, Edinburgh, Scotland(2010); ‘Joan Mitchell. Sunflowers’, Hauser & Wirth Zürich, Switzerland (2009); ‘Joan Mitchell: A Discovery of the New York School’, Kunsthalle Emden, Germany (2008) which travelled to Musée des Impressionismes, Giverny, France (2009) and Palazzo Magnani, Reggio Emilia, Italy (2009); ‘Joan Mitchell. Leaving America’, Hauser & Wirth London, England (2007); and ‘The Paintings of Joan Mitchell’ which opened at the Whitney Museum of American Art, New York NY (2002) and travelled to the Modern Art Museum of Forth Worth, Fort Worth TX (2003).

‘Joan Mitchell. The Last Paintings’ has been organised in collaboration with Cheim & Read, New York and the Joan Mitchell Foundation.

Preview: THE SHOW IS OVER @Gagosian London

There it is. I have shown it to you. It has been done. It is being done. And because it can be done, it will be done.