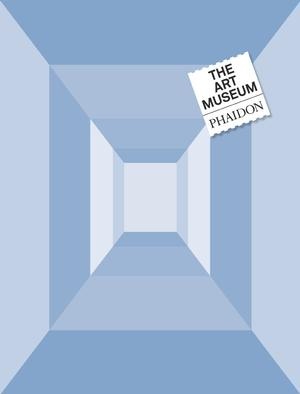 This article titled “Books for giving: art” was written by Peter Conrad, for The Observer on Sunday 4th December 2011 00.05 UTC

The Art Museum (Phaidon £125) weighs well over a stone, and is less a book than a virtual building. Coolly neoclassical in design, it contains 25 separate galleries, subdivided into rooms through which you can take guided tours, with experts whispering in your ear as you consult the captions. The itinerary is exhaustive, or perhaps plain exhausting. You start by clambering into the Lascaux cave to peer at the stencilled stone age bison and end, almost a thousand pages later, in the Turbine Hall of Tate Modern, with Carsten Höller’s intestinal slippery slide and Olafur Eliasson’s Weather Project, lit by an indoor sun made from mono-frequency lights. Art begins, as the designs on the cave wall demonstrate, as the attempt to capture a live, elusive being, or to make up for its absence: is a book, even one this brick-like, a substitute for the presence of the real thing?

Free-associating globally, David Hockney covers the same millennial terrain in A Bigger Message (Thames & Hudson £18.95), the product of 10 years spent nattering with Martin Gayford. Hockney remembers the cave paintings – made, he fancies, by an ancient relative of his – but also enthuses like a teenager about the iPhone and iPad, his latest drawing boards. Along with revelatory discussions of Claude, Monet and Picasso, there are asides on Chinese scrolls, Wagner operas, the Grand Canyon and Errol Flynn.

The bigness to which Hockney these days aspires can look and sound inflationary, whether in his gigantic Yorkshire landscapes (to be exhibited at the Royal Academy next year) or his equally grandiose declarations about cultural history. Gayford, too much in awe of his chatty interlocutor, indulges Hockney’s dotty theory about Caravaggio’s supposed use of a primitive camera, and lets him get away with some over-portentous generalities – for instance, a claim that “the big mistakes of the west were the introduction of the external vanishing point and the internal combustion engine”, which at least needs to be discussed before it’s dismissed. Hockney is best when he stays close to the minute, meticulous business of seeing. He talks gloriously about the subtlety of light and the mental challenge of space, and I like his descriptions of trees as architectonic masses, each one as idiosyncratic as a human body, even better than his paintings of them.

In The Last Pre-Raphaelite (Faber £25), Fiona MacCarthy adds Edward Burne-Jones to her noble line of biographical subjects. Her account of him is startling. Burne-Jones’s chivalric dreams offered a refuge from soiled Victorian reality – it’s significant that some of his “escapist fantasies” have ended in the collection of Andrew Lloyd Webber, while his connoisseurship of fabrics attracted the interest of Yves Saint Laurent – but the man himself was a neurotic, prone to violent rages and “gleefully Rabelaisian” in the filthy letters he exchanged with Swinburne. His paintings may be soulful, but his sketches of wombats or of the corpulent William Morris are wickedly humorous. And the last pre-Raphaelite is presented here as one of the first modern artists, whose stained glass looks ahead to Matisse and Chagall and whose influence extended to the erotic fantasies painted by Klimt in Freudian Vienna.

There’s another anachronistic surprise in Degas and the Nude (Thames & Hudson £42) by George TM Shackelford and Xavier Rey: in a prefatory interview with Martin Gayford, Lucian Freud sabotages the volume’s genteel premise by arguing that Degas’s subjects are rawly naked not prettily nude; he then acclaims his monotypes of brothels as “jolly” and completes his outrageous reassessment of the tradition by remarking that Botticelli makes him sick. After this, the critical prose of Shackelford and Rey seems a little anaemic.

For me, the pick of the seasonal crop is Saul Bass: A Life in Film & Design (Laurence King £48) by Jennifer Bass and Pat Kirkham. Bass designed credit titles for Hitchcock films – the dizzy spirals in Vertigo, the thrusting vectors in North by Northwest – and turned the dreary recital of names into the equivalent of a musical overture; the autocratic Hitch even allowed him to plan the shower scene in Psycho. He had a genius for devising visual puns, images that encapsulated a story: a globe in Stanley Kramer’s farce It’s a Mad, Mad, Mad, Mad World becomes “a ball, a balloon, a can opener, a spinning top, a yo-yo, and an egg”. Extending beyond the movies, the book contains a panoramic review of Bass’s advertising campaigns: he created logos for corporations of every kind, from airlines to the manufacturers of detergents and spices, and in Japan, where packaging is a magical rite, he was regarded as a god. He did not apologise for his commercial chores, because each one challenged his ingenuity. Work, he said, was serious play – which, come to think of it, is a succinct and unimprovable definition of art.

Nothing could illustrate the point better than MC Escher’s Pop Ups (Thames & Hudson £19.95), engineered by Courtney Watson McCarthy. Escher’s visual conundrums gave form to geometrical mysteries, exploring the artifice of what we take to be reality. Here, as you turn the pages, two dimensions explode into three. Phantasmal cities jump upright, a waterfall changes course in mid?air, and disembodied human heads circulate in space. The spatial riddles bend the mind like one of Uri Geller’s elastic spoons, but there is craft here as well as a concept: the pop-ups are an architecture of stiffened paper, and a reminder that books are houses for our heads to live in.