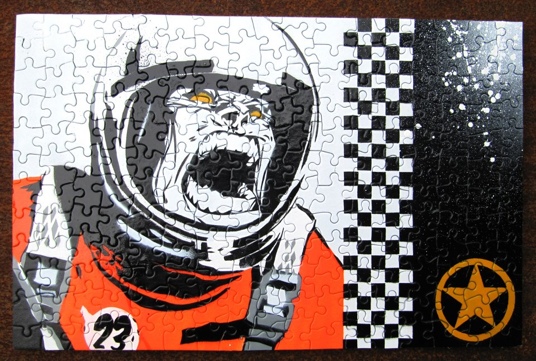 The exhibition is a fusion of Urban and Fine Art which contains 29 artists from the UK and overseas. Triple X tattoo studios in Hackney have kindly agreed to support this exhibition. They have a large open plan space that can accommodate the show.

This show embraces an electric mix of art that can be viewed from every angle of the exhibition space. When you walk into Triple X studio you can immediately notice the hand made flooring by tattoo artist Leticia, who is the co-director of Triple X.

On walking into the space you can engage with Lorriane Clarke’s sculptures, which breathe a sense of the eerie mystique that will make you jump up and take you to a sense of the unknown. Not forgetting to mention Wayne Chisnell’s mechanical sculptures, which are carefully built up with found objects. Look down at the floor and you can see blobs of coloured Apoxi Resin, made by Will Kendrick, and you feel as if you are in some sort of Sci –Fi film set. Then from the corner of your eye you can see an incredible line up of urban artists from Canni, who is most famous for his five foot sculptures of angels covered in blood with a gun, to Snub’s machine like warriors, plus Louis Masai Michel’s animal imagery.

Then you have the painters both Urban and Fine Art, such as Infinity Bunce, Andy Wicks, Linda Aslaken, Sean Worrall, Gareth Morgan, Patricia Mcguiness, Dan Kitchner, Charlie Mc Farley, Richard Meaghan, Daniel Emo, Hannah Adamszek, Jamie Andrews, Ben Jensen, Julie Saul, Paula Macarthur and Thomas Donaldson. Wow, what a line up! They represent a huge range of methods and processes in contemporary painting practice which range from toys stuck on canvas to layers of gloss paint on MDF. This is a selection of painting processes at their very best.

Hold on – more art, with Blaire Zaye’s abstract photographs of light, to Tin Tin Cheng’s carved bananas, beautifully photographed in a Baroque style to the work of Patrick Reynolds, who is the sole owner to reproduce images of Garfield. Anything else? Well, the show contains little treasured surprises such as urban artist CK1, born in Iran and exhibiting his work for the first time in the UK.

Ok it’s a show not to be missed! 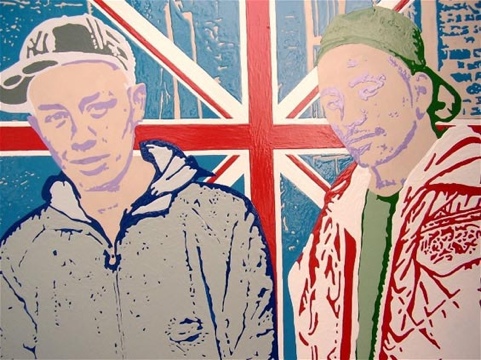 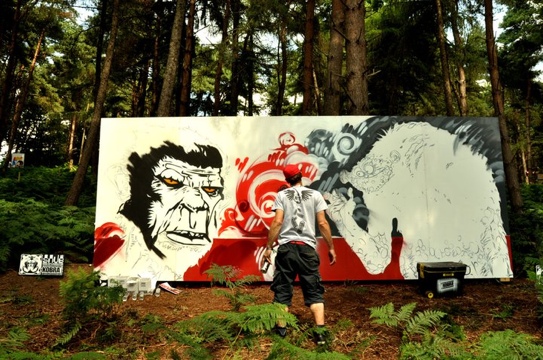 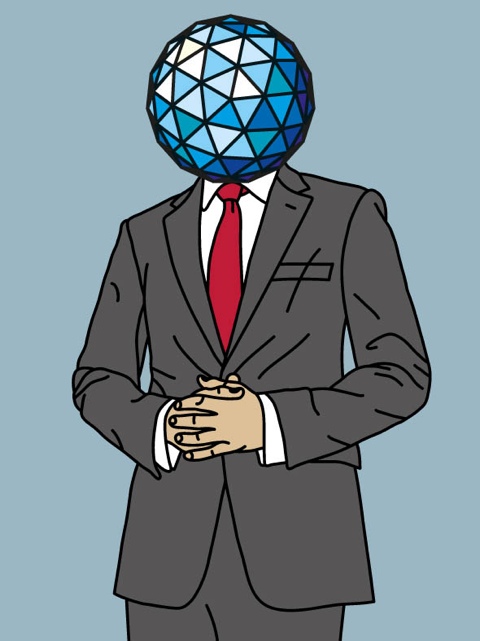