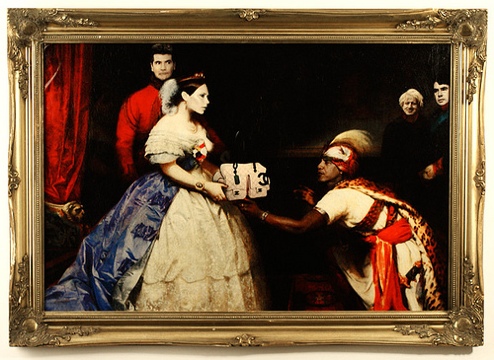 You have probably noticed already that we are online media partners to The Other Art Fair the are many reasons for this but the major one is the great deal they give the artists who exhibit at the fair here below are some video interviews with three of the artists exhibiting at The Other Ar Fair 2011: Patrick St Paul, Tahnee Londsdale and one half of the Tinsel/Twinkle duo.

Get FREE entry to The Other Art Fair 2011 HERE