Saturday | Where FAD are going, where we've been & what we recommend - FAD Magazine
Skip to content

Yesterday we spent the afternoon at Sunday Art Fair, which is well worth checking out. An open plan space where galleries have occupied their plots creatively to engaging effect. We spoke to lots of the artists, and our video interviews will appear some time next week in case you don’t manage to get down there. Would urge you to take the trip across from Frieze though, it’s just near Baker Street Tube at Ambika P3.

A fantastically diverse and international showing, with installations, collections and distinct pieces, FAD hear that there was a bit of a sales frenzy on the first day, with a lot going to private collectors so we’d say get down there to check out the pieces while you can. Highlights include A. Kassan, a French duo doing photoshop the hard way, that is, creating the effects in reality. This entails “borrowing” a street lamp, sawing it in half, replanting it and chopping the photo to make it straight again. Christian Jankowski has some brilliant stuff over here, all of which seems to be gently mocking the industry in a good natured way, particularly brilliant are the auction pieces which perform the same exploration of art’s “value” as his megayacht over at Frieze. Florien Roithmayr’s installation explores means of evocation and representation and their relationship to memory, there’s a story that accompanies the work, but we’d say that this is as much a part of the piece as the work itself. Beautiful and thought-provoking.

We bumped into Pelas Empire at the show, who pointed out the preoccupation with framing that seemed to be going on through the show, we get what they mean, see what you think.. there are definitely 4 or 5 artists that are playing with this.

We also popped into Frieze, met with some of the artists at Frieze Projects, including Pelas Empire who have a project space alongside Lucky PDF, and we enjoyed the October sunshine in the Sculpture Park.

Today we’re heading first to The Bear Pit, followed by Sluice Art Fair. Both newcomers to October art week, and providing (another) platform for emerging artists.

The Bear Pit is organised by Carter Presents, L-13 and Isis Gallery and is located in what looks to be a raw warehouse space near to The Globe. It’ll present works from Martin Erik Andersen, Alice O’Malley, Dallas Seitz, Brian Reed, Billy Childish and Neal Jones

SLUICE is both exhibition space and platform for discussion and creation. Featuring an open layout for expansive installations, performative works and screenings including a multifaceted supporting programme consisting of a preview breakfast, panel discussions, art-making educational activities for children and young people and artist publishing bookstands.

Then tonight it’s Victoria Miro and Whitechapel, look out for our updates throughout the day, and more tomorrow. 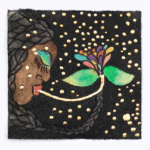