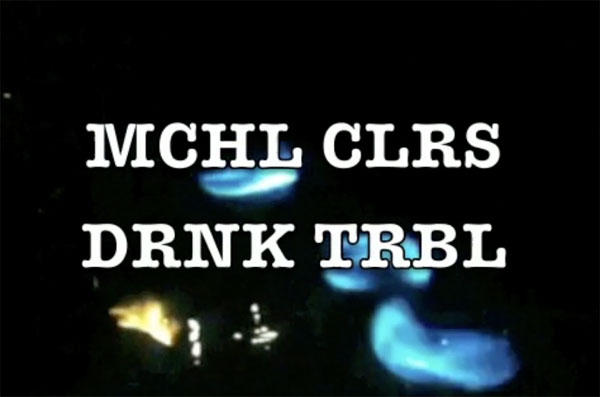 A solo exhibition of new work by Michiel Ceulers.
Working intuitively with oils and spray-paint on crude wooden panels and canvases Michiel Ceulers has an investigational approach to painting that questions the fundamental roots of the medium. Wider discussions and histories are filtered through those that are personal, driven by a fascination with the physical process of making. For Ceulers the studio functions as a laboratory in which works are in a constant state of flux. Yet even when removed from the studio, closure is suspended – the works are left open – embodying a latent energy, which is manifested indirectly.

For his second solo show with Rod Barton, MCHL CLRS DRNK TRBL, Michiel Ceulers presents a series of new works that he refers to as ‘Spirit Paintings’. These white monochromatic paintings – marked by the application and subsequent scraping off of paint– are excised of all content except for a QR code embedded within the picture plane. Each QR code links to an instructional video hosted on YouTube of how to mix a specific alcoholic cocktail. As a result interaction is deflected to a virtual plane whilst the impenetrable white surface reflects the gaze back onto the viewer. The spirit of the title can also be seen in metaphysical terms with regard to the incorporeal. Here gestural marks are merely traces of transmission from actual to virtual realms. Thus in the traditional sense these paintings have no body: they are machines for generating, rather than representing form. 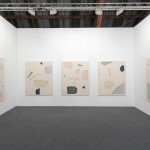 Rod Barton is to present the inaugural show at the gallery’s second London space entitled Six Impossible Things Before Breakfast.

Internship. Rod Barton gallery is offering a 3-month internship beginning January 2012. The successful candidate will be based at the […]

www.rodbarton.com/ On Until 3rd September A group exhibition with Gabriele Beveridge, Tomas Downes and Stuart Elliot. Working across mediums of […]