Image: Its raining and we didnt want to goto Selfridges to take photos so here is a screen grab of their website.

The Windows of Everything have just opened at Selfridges this is a pre curser to The Mueseum of everything show at Selfridges – Below is what they have to say:

Oxford Street is famous for many things, primarily for not being in Oxford. Despite this clear breach of city planning guidelines, we are prepared to open the Oxford Street windows of Selfridges :

a) you promise to come and be incredibly enthusiastic, even if it’s not quite your thing;
b) you smile through gritted teeth, give us a big hug and shower us with compliments;
c) you commit to at least one visit when Exhibition #4 opens on Friday 2nd September.

The Windows of Everything will be formally opened on Friday 26th August 2011 by Lady Edna Fullbream, Managing Director of Dagenham Protective Bibs and Safety Harnesses, who has invited everyone for a cup of tea and a jam roly-poly at her summer home in Penge. 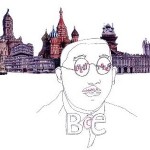 The Museum of Everything travels to Russia

This summer, The Museum of Everything is heading to Russia to search for artists for Exhibition #5 – the country’s […]

The Shop of everything NOW open for Business

The Shop of Everything has landed at Riflemaker. Ye Old Poppe-Uppe Shoppe…10-7pm daily until 22 December…

With the arrival of Frieze, “that aesthetic beast of quantitative easing”, The Museum of Everything is fulfilling its role as the […]