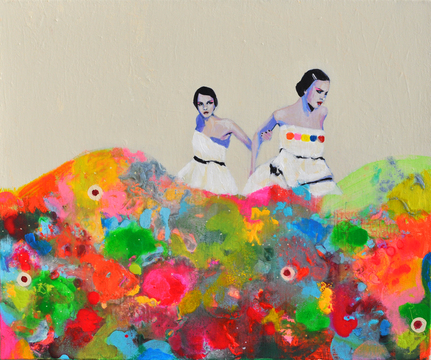 22nd July -26th July 2011
With the street art phenomena continuing to smash attendance records in galleries and museums globally, Moniker continues to build on the success of last year’s art fair with the launch of a special London exhibition in July. GOSSIP WELL TOLD will showcase a selected group of artists who will exhibit at this year’s Moniker, which will take place on October 13-16th 2011.

GOSSIP WELL TOLD will exhibit new and original artworks and installations by internationally recognised artists from a movement spawned through word of mouth, a movement that brought colour to the streets of the world’s most exciting cities and that spread like wildfire via the internet. This is a scene fuelled by the artists and lovers of the art itself. It has received little support from the conventional British art establishments and is only now beginning to receive the wider attention and credit it deserves in the UK.

An Innovating, DIY mentality and not waiting to be invited is the philosophy that has built the scene and made it what it is today. GOSSIP WELL TOLD bring to London the most progressive, talked-about work on the art wires right now and will offer a taste of what can be expected at this year’s 2011 edition of Moniker.

This exhibition highlights the international scope of street art and beyond, as the genre continues to attract worldwide attention from museums, auction houses and collectors. As well as showcasing artworks emanating from the street art scene, Moniker will be widening its scope of reference with the inclusion of artists such as Bob and Roberta Smith from London, Pop surrealist Luke Chueh from California, and acclaimed New York photographer Cheryl Dunn. 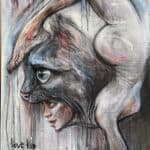