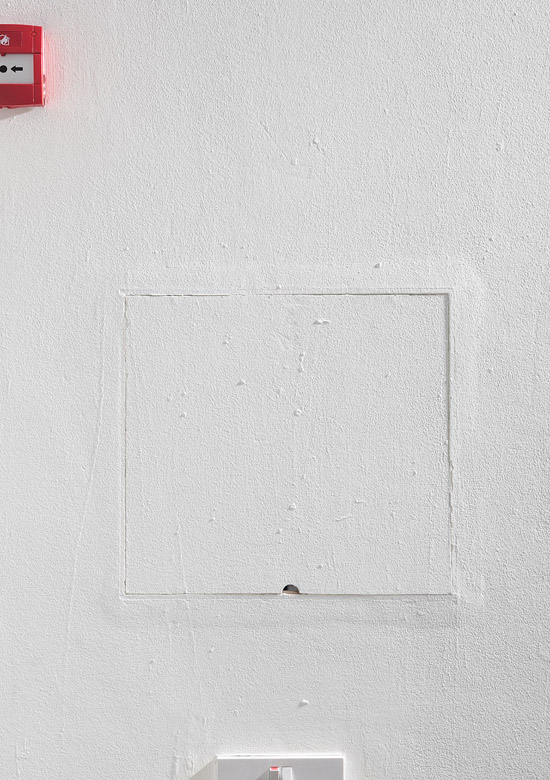 9th April – 8th May 2011
Walls – a group exhibition featuring works by Rut Blees Luxemburg, Shane Bradford, Soonhak Kwon and Brian Reed, all of whom have previously shown with Jari Lager in curated projects or exhibitions at Union Gallery.

Rut Blees Luxemburg known for her exploration of urban landscapes will show the detailed framing of a ruined wall.

Blees Luxemburg’s ‘The Pattern of the Plans’ gives its subject bearing, offering a displaced, almost abstract image. ‘We are shown ordinary things we might expect to find anywhere–a discarded cigarette packet, the marble finishing in a lobby, damp pavement, and a lichen-covered wall–but what we see goes well beyond this. It takes us towards Andre Breton’s idea of convulsive beauty, to the way in which the everyday and the ephemeral can open into and reveal the workings of the unconscious.’ – Michael Archer, ArtForum, February 2003.

Shane Bradford’s large-scale painting ‘Rehang’, 2011, has previously been shown at Union gallery. It was hung in precisely the same position for his solo exhibition in May 2010. For this show however, the work has been recoated in thin layers of transparent white. Thus the primer layer – habitually applied first – has become an end stage of the artists painting process – a painting in reverse or else primed for a subsequent incarnation. Bradford gives as much value to ‘context’ in effecting the meaning of his art objects as to the content and visual language of the object itself. In the case of ‘Rehang’, attention is deflected from the painting as finished article. Exhibiting the painting in its unfinished state is a vital construct for Bradford in freeing the artwork from its usual context.

Four new works by Soonhak Kwon form part of an ongoing series of high resolution photographs of empty gallery walls. Kwon’s photographs document a wall’s history, like a cartographer he highlights, scans and captures every detail of the walls surface before stitching together hundreds of close-up shots. Kwon has photographed Union’s walls, installing the works in a dislocated position, contrary to the existing perpendicular line of the wall. At a distance, Kwon intends his photographs appear as an empty space before, on closer inspection, becoming super-high-resolution images, full of minute information.

Brian Reed’s new work focuses on spirituality in contemporary art – or the absence of it. Faith, prayer and worship are core concepts in ‘The Nurtured Release’, 2011, a framed abstract structure of plaster and marble dust. Reed is influenced by the visual language of early religious art as well as areas of eastern spirituality adopted by abstract expressionist artists Mark Rothko, Antoni Tapies, Robert Motherwell and Janez Bernikheld. In this piece he makes reference to visual and conceptual themes of the three faiths of Judaism, Christianity and Islam, in particular to the Western Wall in Jerusalem, the most sacred of sites in Judaism. Reed has placed 23 prayers appropriated from a Christian faith website within the work (the number 23 being significant in both Islamic and Christian religious numerology). These prayers are printed onto prayer cards, touching on the emergence of online services offering email, twitter and fax as a means of sending prayers to the wall from all over the world. 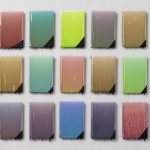 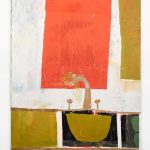 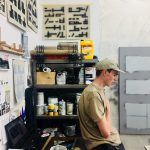