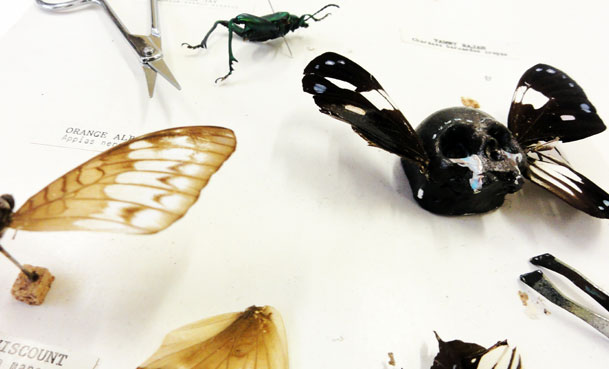 Going Nowhere Fast…
D*Face is heading stateside for the debut of his new exhibition, entitled “Going Nowhere Fast,” at the Corey Helford Gallery in Los Angeles. Known for his wide array of works including a portrait of Pope Benedict XVI for The Vatican and the cover art for Christina Aguilera’s latest album Bionic, D*Face’s works have been sold at auction houses worldwide including Christie’s, Sotheby’s and Bonhams. Open to the public, “Going Nowhere Fast” will be on view at Corey Helford Gallery from April 9 until April 27 with a reception planned on Saturday, April 9 from 7:30 p.m. to 10 p.m.