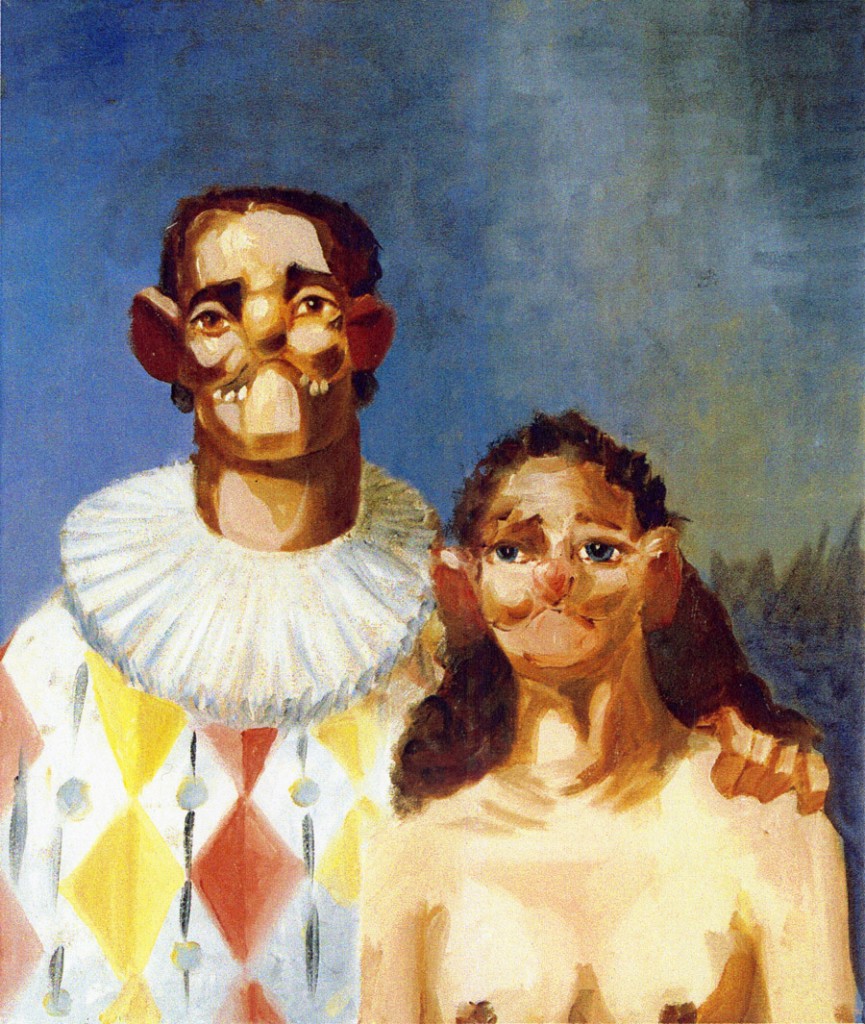 Its only January but this show is probably going to be one of the most exciting and interesting shows of the year we really like Condo at FAD
as well as this preview we have a quick Q&A with the joint curator of the show Laura Hoptman which you can read here.

Since first bursting onto the scene in the early 1980s with his unique adaptation of the language of Old Master painting, George Condo has created one of the most adventurous, imaginative, and provocative bodies of work in contemporary art. Condo’s work has been deeply influential to two generations of American and European painters, who have felt the impact of the artist’s astonishing technical ability, stylistic versatility, and inventive subject matter. This January, the New Museum will present “George Condo: Mental States,” the first major US survey of over eighty paintings and sculptures from the past twenty-eight years of the artist’s career. Condo is famously prolific, and this tightly edited selection of works from 1982 to the present responds to his prodigious output with a unique conceptual approach.

The exhibition is organized thematically and stylistically in “chapters” developed in close collaboration with the artist. Highlighting the breadth of Condo’s artistic exploration, the exhibition will focus on the specific ideas to which he has returned throughout his career, particularly his ongoing investigation of human physiognomy and its capacity to convey varied “mental states.”

“George Condo: Mental States” will be arranged in four groupings over two gallery floors of the New Museum. A dramatic installation of more than fifty portraits demonstrating a variety of styles and subjects will be featured in the soaring fourth-floor gallery as a centerpiece of the exhibition. This “portrait wall,” hung salon-style, will be populated by invented characters that often assimilate and appropriate elements from masterpieces by the greatest Western artists of the past 500 years, from Velázquez to Picasso to Arshile Gorky. This collection of imaginary characters is a blend of recognizable figures and archetypes rendered in Condo’s particular form of artificial realism: butlers, businessmen, saints, and historical figures are familiar in spite of their often fantastic or humorously grotesque features. Complementing the portrait wall will be a series of sixteen patinated gold sculptures.

On the New Museum’s third floor, visitors will find three galleries of paintings, each designed to reflect particular states of mind. Each room will feature a selection of canvases from various moments in Condo’s career, portraying lonely and marginalized figures as well as scenes of manic decadence that engage with the social and psychological undercurrents of our boom-and-bust era. The final room in the exhibition will bring together, for the first time in the United States, a major grouping of large-scale paintings created over the past thirty years that play with the boundaries between abstraction and figuration. For Condo, these paintings also depict a mental state—that of the artist. Condo recently stated, “Representational pictures are the artist’s body, abstractions are pictures of the artist’s mind.” Condo’s work provokes us to consider our own contradictory natures and often-extreme emotional states expressed through a cast of characters that are equally comedic and tragic.
www.newmuseum.org/

Catalogue
The exhibition will be accompanied by a 190-page catalogue, produced by Hayward Publishing.George Condo: Mental States will feature essays by Ralph Rugoff, Director, Hayward Gallery; Laura Hoptman, Curator, the Museum of Modern Art and former Kraus Family Senior Curator at the New Museum; as well as the novelists Will Self and David Means.

Exhibition Tour
After its presentation at the New Museum in New York, a modified version of the exhibition, organized by the Hayward Gallery, will travel to Museum Boijmans Van Beuningen, Rotterdam (June 25–September 25, 2011); Hayward Gallery, London (October 18, 2011–January 15, 2012); and Schirn Kunsthalle, Frankfurt (February 23–May 28, 2012).

Read an Interview with Laura Hoptman Curator of the exhibition:FAD