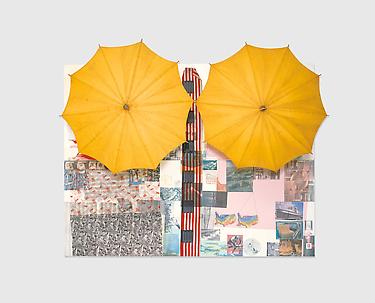 The thing that’s been a constant over all these years is that I believe that art is communication so that the message has to change with time… If I can possibly show to anyone that the world belongs to them, to each person, then the work is successful. And if I succeed in being a great artist, then there won’t be any need for artists any more.
–Robert Rauschenberg

Rauschenberg stands as one of the most inventive artists in American art, arguably the first of his generation to chart a viable course out of Abstract Expressionism towards the formal integration of art and the mess of life. His approach to making art using discarded materials, everyday objects and appropriated images eviscerated the distinctions between medium and genre, abstraction and representation, while his “flatbed picture plane” forever changed the relationship between artist, image, and viewer. This exhibition highlights the breadth and range of Rauschenberg’s untrammeled and transformative vision and his enduring influence on subsequent generations of artists working today.

From the outset, the incidental, the immediate, and the perception of a presence greater than his own artistic virtuosity drove Rauschenberg’s creative energies. By working in what he called “the gap between art and life” he developed an altogether new visual language based on collage as a microcosm of the unbounded world that rejected the conventions of unitary meaning advanced by high art. Walking the streets of New York, he picked up trash and discarded objects that caught his interest and integrated them into compositions that he called, simply and paradigmatically, “combines”. In the Combines from the 1950s and early 1960s, all manner of urban debris, clothing, taxidermied animals, and art reproductions merge to signify perpetually shifting perspectives and meanings, from Greenhouse (1950) which incorporates such humble materials such as dirt, twigs, wire and broken glass; to Short Circuit (1955), in which a Jasper Johns’ Flag and a painting by his wife Susan Weil meld into a larger collage whose support is a rustic hinged wooden cabinet; to Dylaby (1962), that was part of his contribution to the “dynamic labyrinth” exhibition by the New Realists at the Stedelijk Museum in 1962.

In the fifties, Rauschenberg produced groups of monochrome paintings, white, followed by black, and red. The White Paintings, canvases painted with white latex housepaint, function as screens on which the slightest of ambient conditions create fleeting impressions. In the Elemental Sculptures, he stripped sculptural practice to its fundaments, using fragments of found wood, brick, concrete and iron to create variations on the sculptural object and its pedestal. Following his move to Captiva, Florida, he worked again with light, disposable materials as both the medium and subject of wall reliefs. The Venetian and Early Egyptian series attest to his renewed interest in the diversity of material, texture and color within a found medium, while the delicately hued fabric drapes of the Hoarfrost and Jammer series point to the allure of layered and veiled images.

Throughout his career, Rauschenberg constantly experimented with new ways to construct a pictorial surface, from dye transfer to silkscreen and chemical imprint. In the silkscreen-on-canvas works of the 1960s that evolved out of the Combines, he produced potent accumulations of images that re-envisioned the relation of art to life while addressing the multiple reproducibility of images. Newsprint and found photographic materials expanded this inventory of the external world, while exploring the limitations of mimetic effect. By the seventies, he had begun to work exclusively with his own photographs of vernacular America, working them into dense collages or reproducing them as printed transfers on larger wooden or mirror panels, which he called “spreads” in direct reference to magazine layouts.

Increasingly, the larger geopolitical landscape entered Rauschenberg’s vocabulary and range of processes. In 1984 he launched Rauschenberg Overseas Culture Interchange (ROCI) at the United Nations, to promote world peace through cultural understanding. ROCI, a traveling exhibition of paintings, drawings, photographs, assemblages and other media, was the culmination of several years that he spent traveling abroad and collaborating with artists and workshops. As ROCI moved from Chile to Cuba to Venezuela, the former USSR and GDR and Tibet, it absorbed inflections from the changing environment, such as the incorporation of copper and brass from the Chilean mines for the image transfer process in the vibrant, monumental silkscreen on canvas Caryatid Cavalcade II/ ROCI Chile (1984).

The exhibition, presented in collaboration with the Estate of Robert Rauschenberg will be accompanied by a fully illustrated catalogue with essays by art historians James Lawrence and John Richardson, as well as a chronology by Susan Davidson and Joan Young, both curators at the Solomon R. Guggenheim Museum.

Robert Rauschenberg was born in 1925, in Port Arthur, Texas and died on Captiva Island, Florida in 2008. He has been the subject of numerous exhibitions worldwide including “Robert Rauschenberg: A Retrospective,” the Solomon R. Guggenheim Museum, New York (1997) (traveled to the Menil Collection, Contemporary Arts Museum and Museum of Fine Arts, Houston; the Museum Ludwig, Cologne and the Guggenheim Museum, Bilbao, through 1999); “Combines,” the Metropolitan Museum of Art, New York (2005) (traveled to the Museum of Contemporary Art, Los Angeles, Centre Pompidou, Paris, and Moderna Museet, Stockholm, through 2007); and “Gluts,” the Peggy Guggenheim Collection, Venice (2009), traveled to the Guggenheim Museum Bilbao in 2010. 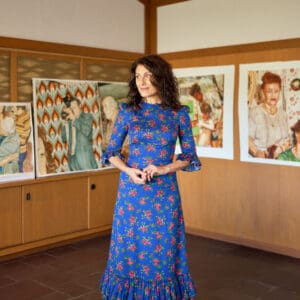 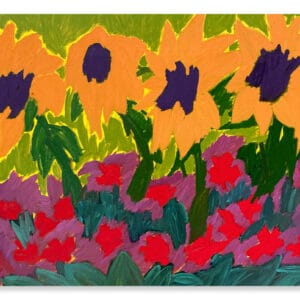