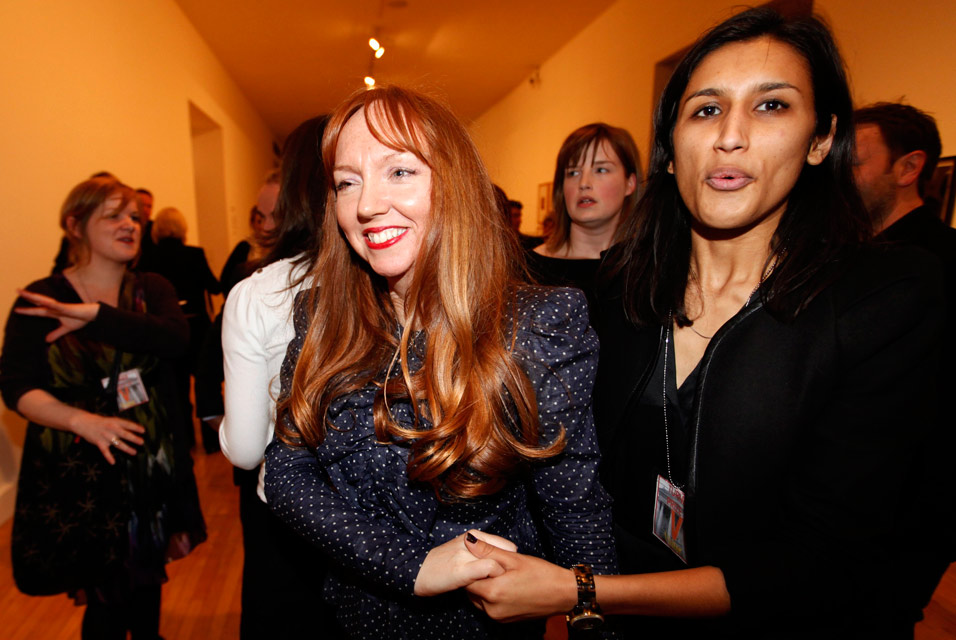 Susan Philipsz (cool name) received the £25,000 prize at the Tate Britain in London for her recording of herself singing three versions of the 16th-century Scottish folk song, “Lowlands Away.”

It was the first time a sound installation had been shortlisted for the prize since it was set up in 1984 to promote modern British art.

The installation was exhibited in an otherwise empty gallery.

“Drawing on the powerful, immersive properties of sound and the human voice, Philipsz is engaged with the notion of singing as a physical and sculptural experience,” the organizers said in a statement.

Philipsz was up against painter Dexter Dalwood, Angela de la Cruz and The Otolith Group filmmakers.