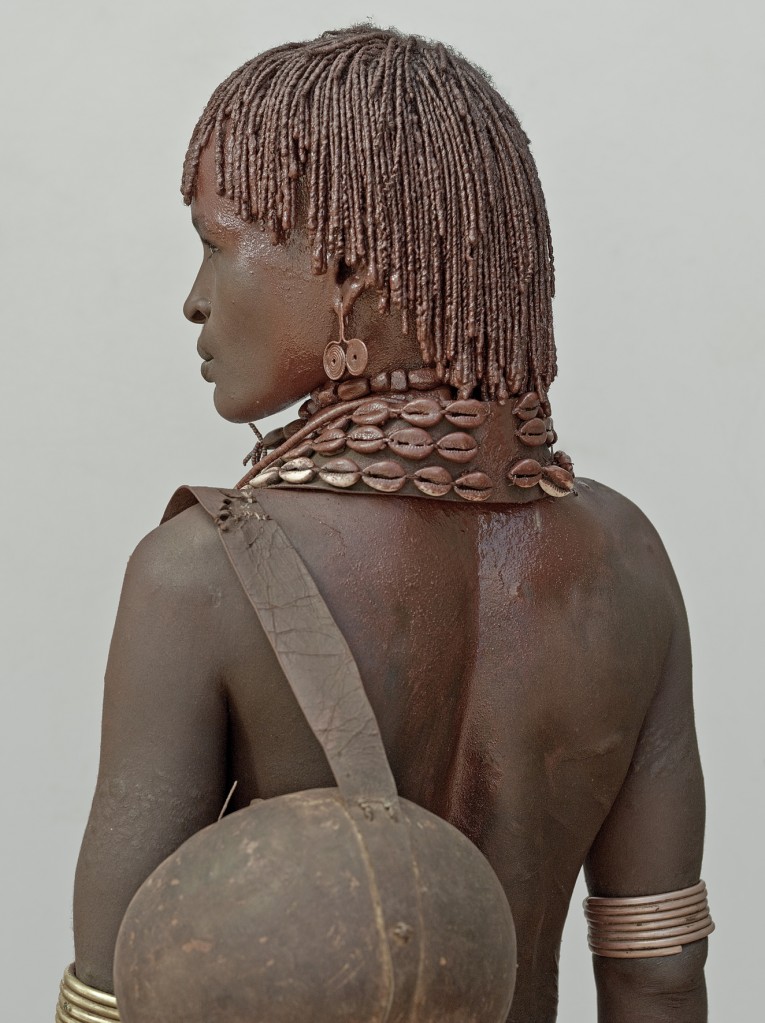 Art Work Space is proud to present ‘Ethnographs’, an exhibition of new work by award winning photographer Philip Gatward, this summer. Made up of a series of beautiful and elegiac portraits of the people of the South Omo Valley region in Ethopia, the show sees the artist return to a subject that has fascinated him since childhood, when he was first
astonished and moved by Robert Gardener’s 1974 documentary ‘Rivers of Sand’.

After years of planning, Gatward spent six weeks at the end of 2009 living with and documenting the beautiful and striking indigenous tribes. Having set up a temporary studio with lights and a simple background, he then chose not to over-direct his subjects but to allow them to present themselves in a way that felt natural to them.

Eschewing use of the rigorous, unnatural post-production processes of digital enhancement on his life-sized exhibition prints, the resulting collection of analytical, reverential and honest photographs give the viewer an insight into the individual characters of these proud people and their culture.

Of the work the artist says, “I knew that I didn’t want to make beautiful, prettified pictures in Ethiopia. I wanted to make portraits of these extraordinarily self-aware sitters that were my response to the subject, but without the hundreds of colour adjustments that I may make in my other work. I didn’t want to bring my pre-made plan (crop, pose, lighting) to bear on these much-photographed people. Above all, I wanted to make respectful portraits.”

Gatward’s distinctive style sees him abstracting his subjects throughout his work, whether they be flowers, birds, dogs or people, from their background. This process creates particularly impactful images, whose extraordinary power has deservedly seen the artist awarded several awards including the International Photography Awards. This summer’s
exhibition at Art Work Space will give the public an opportunity to appreciate the talent that judges and Gatward’s contemporaries have long seen in his work.