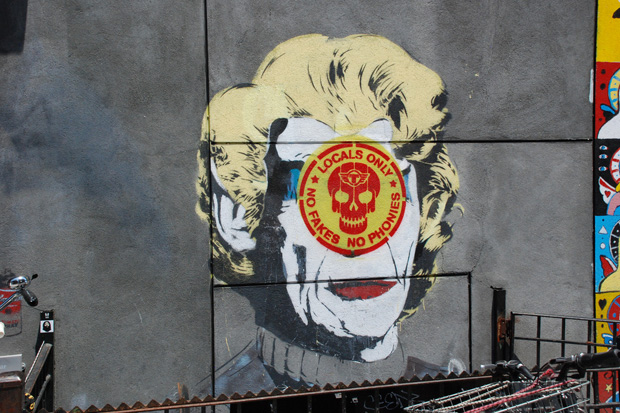 TrustoCorp is the latest to engage the highly-controversial Mr. Brainwash aka Thierry Guetta in a series of art attacks. Known for his involvement in a documentary regarding Banksy and his own transition from documentarian to street artist, Mr. Brainwash has become the subject of much debate on both his identity and intentions. The street art faction TrustoCorp went over a number of Mr. Brainwash’s works across New York’s Meatpacking district, serving the message “Locals Only, No Fakes, No Phonies”. Via:[hyperbeast] 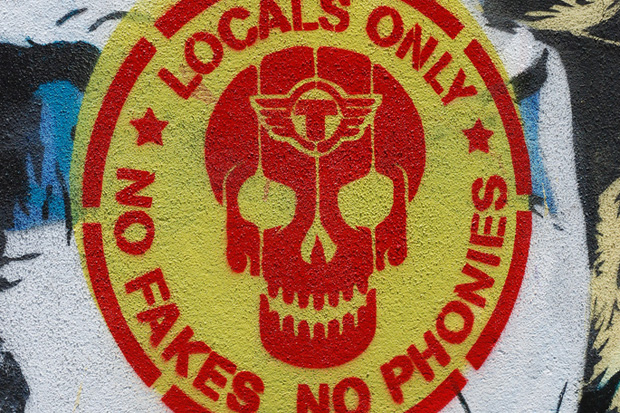