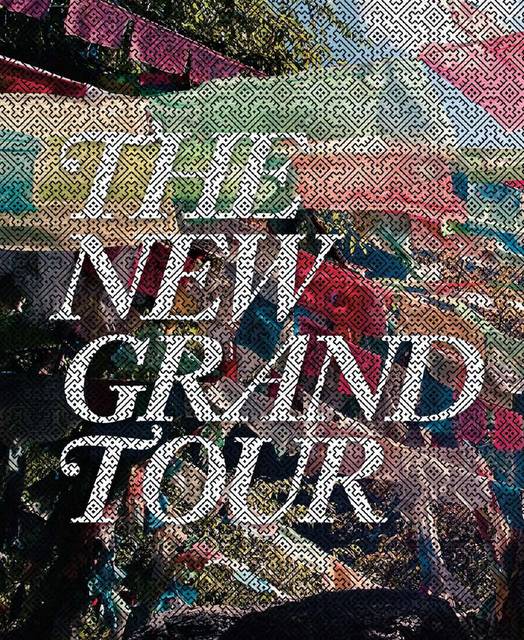 June 4 – July 17, 2010
The New Grand Tour. The original concept of the grand tour was born in the late sixteenth century when it became fashionable for young aristocrats to visit the great cities of Europe such as Paris, Venice, Florence, and Rome, as the culmination of their classical education.

As rail and steamship travel became more accessible, the practice flourished and served as an educational rite of passage for Englishmen,
Germans, French and Americans alike. The goal of The New Grand Tour is to revive, re-invent, redefine, and change the old concept by venturing well beyond a voyage for the privileged elite.

Instead, The New Grand Tour would become a mechanism for a group of unique and talented artists to interact with foreign cultures in an appreciative and organic way, rather than simply as voyeurs.

Beginning on October 20, 2007, Young Kim was joined by Deanne Cheuk, José Parlá, Rey Parlá, Rostarr and Davi Russo for thirteen days of travel in the Far East. They began in Shanghai heading for the remote Yunnan Province, in search of the mystical city of Shangri la. With James Hilton’s novel, Lost Horizon as their guide, their journey took them through the beautiful valleys, rivers and lakes between the border of Yunnan Province and Tibet, through the Mei Li Snow Mountains and eventually to Beijing. While on this journey, each artist created new works within their respective medium, inspired by the places they visited during their travels.

This wide-ranging body of work, now showcased in The New Grand Tour exhibition, brings together a diverse group of voices united through their individual and collective experiences on this tour, which reflects both the visual and sensory inspiration they encountered in the many destinations of this shared travelogue.

From Suitman’s humorous snapshot portraits of Tsitang school children to José Parlá’s densely layered paintings the works in this exhibition show how materiality and subject intertwine to make an image of their journey.

Deanne Cheuk’s meticulous drawings and colorful watercolors inspired by the Shangri La landscape take us there.

While the free form calligraphy in Rostarr’s graphic paintings and filmmaker Rey Parlá’s exploration of narrative storytelling through his unique process of distressing and treating celluloid negatives reflect the visual and written, much like the Chinese character as word.

Photographer Davi Russo’s snapshots of the sights and sounds he encountered on the journey give a raw and immediate sense to the overall experience. 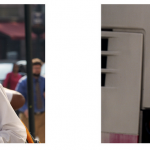 Paris Photo takes the photo book very seriously. All the top photographers are there, signing their latest. I returned with ‘42nd and Vanderbilt’ by Peter Funch (TBW Books 2017).