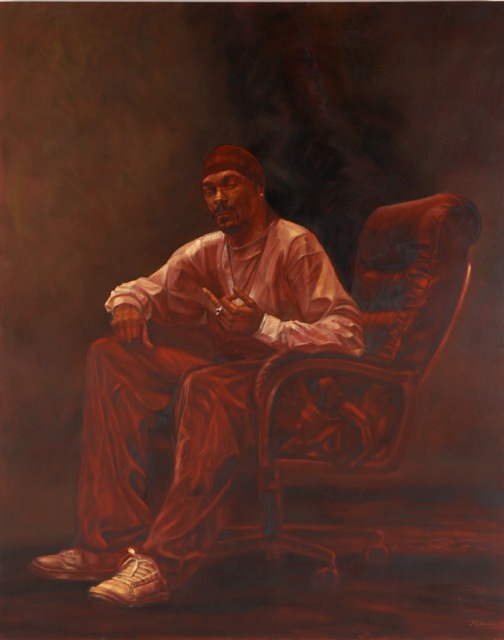 Dates: 27 May – 6 June, 2010
Russian painter and conceptual artist Alexander Melamid is to have a solo exhibition of thirty paintings at Phillips de Pury & Company in London. Including the now renowned series of life-size portraits of hip-hop stars such as Snoop Doggy Dog, 50 Cent and Kanye West, the paintings then shift from ‘fame’ to the ‘mundane’, with a further group of works from 2008 that have so far remained unseen, including portraits of priests and rabbis, Russian oligarchs, sculptures of ancient Roman figures, animals and stones.

Melamid himself is the first to point out the incongruity and irony of these more recent portraits, including within the selection a self-portrait of himself as ‘God’: the ‘artist creator of confusion, incomprehension and absurdity’.

For Melamid (an artist who whilst still living in the Soviet Union saw his works being bulldozed by the state), the repercussions of the fall of communism became clear only after the collapse of the Russian Communist Empire and were mainly connected to the failure of the officially stated goal of the Soviet regime: the creation of a ‘New Man’.

In the twenty years since Perestroika, Marxist philosophy, the teachings of Freud, theories of existentialism and many of the other -isms and ideologies that exerted influence in the post-war world have
disintegrated, leaving a void of fragmentation and pluralisms in their place. For many people of Melamid’s generation, this void and lack of belief is accompanied by a sense of guilt, that they had perhaps been the ‘jihadists’ for the wrong cause.

In a world where art is judged by how well it reaffirms the preexisting beliefs of its consumers, the role of the artist seems also to be shifting from that of being the ‘messenger’ to being the ‘creator’. Melamid’s portraits speak not only of Shelley’s Ozymandias notion of a previous glory now only existing through its decaying monuments, but also of the processes of growth, change and decay that exist in the world, such as religious and political beliefs, fame, philosophies, beauty, bling and the natural world. 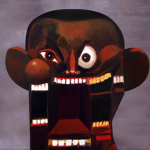 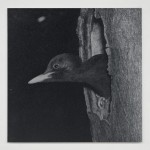 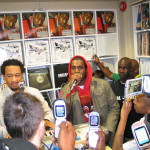 Legendary Hip Hop record store Deal Real returns to its iconic home in Carnaby to celebrate the place where many of the new generation of hip hop stars, burst onto the scene. 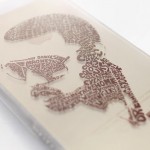 Kanye West and Paul McCartney ring in 2015 with new collaboration, Only One

Rapper releases first new material since acclaimed Yeezus album and tour, potentially to be featured on his upcoming LP