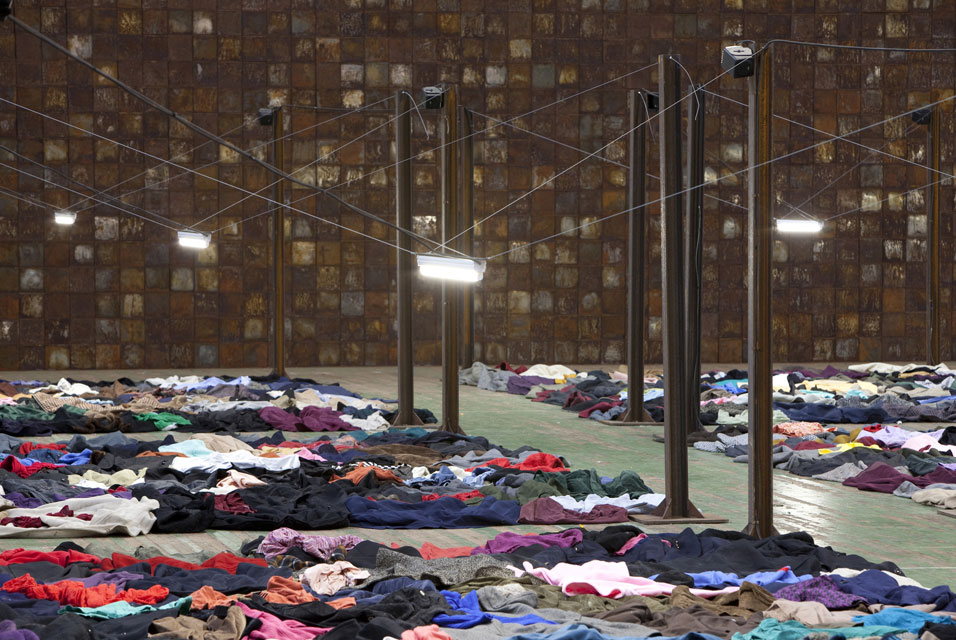 French artist Christian Boltanski has created a monumental new work for Park Avenue Armory’s soaring 55,000-square-foot Wade Thompson Drill Hall, filling the space with thousands of pieces of discarded clothing and a soundtrack of reverberating heartbeats. This installation is Boltanski’s largest and most ambitious project ever staged in the United States— an affecting and poetic spectacle that explores concepts of human identity, memory, and loss.

On view from May 14 – June 13, 2010, Boltanski’s No Man’s Land is the second project in Park Avenue Armory’s annual commissioning program, responding to the Armory’s rich history and the immense volume of its drill hall.

“Christian Boltanski is one of France’s most important contemporary artists, and this is the first opportunity for American audiences to experience his work on such an incredible scale,” stated Rebecca Robertson, President of Park Avenue Armory. “The goal of our annual commissioning program is to give artists the opportunity to respond to the Armory’s unusual character and enormous space to create works not possible in traditional galleries or theaters. The drill hall becomes part of the work, not just a container for it. In contrast to the exuberance and playfulness of the Ernesto Neto commission from last year, the installation by Boltanski is an emotional contemplation of humanity, mortality, and individuality.”

Upon entering the Wade Thompson Drill Hall, visitors are faced with a massive 66 foot-long wall of stacked oxidized biscuit tins that obstructs their view of the space and diverts their path. Behind this wall is an eerie landscape of discarded clothing, organized in 45 rectangular plots and culminating in a 25-foothigh mountain of garments. A five-story crane with a large construction claw continuously grabs clumps of clothing from the mountain and encourages visitors to consider the role of chance and fate in all human experience. The crane hoists these garments 50 feet in the air, and then drops them so that the individual pieces flutter down back into the massive pile. In addition to the mechanical noises of the crane and claw, the work is further animated by the pounding sound of thousands of human heartbeats that resounds throughout the cavernous space.

“No Man’s Land is a vision reminiscent of Gustav Doré’s famous illustrations of Dante’s Inferno that continues Boltanski’s exploration of humanity’s capacity for evil,” stated Tom Eccles, Executive Director of the Center for Curatorial Studies at Bard College and curator of the exhibition. “Boltanski himself compares the claw to ‘chance’ or life ‘as a game of dice.’”

Adjacent to the drill hall, in one of the Armory’s historic rooms, visitors to No Man’s Land are invited to contribute their own heartbeats to Boltanski’s ongoing project, the Archives du Coeur. Since 2005, Boltanski has been collecting recordings of heartbeats from around the world, to be stored for posterity on the remote Japanese island of Teshima. In addition, the Armory has organized an exhibition of artist books created by Boltanski and will be screening the documentary film Les vies possibles de Christian Boltanski throughout the duration of the installation.

No Man’s Land is a companion piece to Personnes, an installation at the Grand Palais in Paris that opened in January 2010 as part of Monumenta. Both installations draw upon a shared vocabulary and materials, yet take on much of their meaning from the specific building and city within which each is created. In another version, the work will be presented June 23 – September 19, 2010, at the Hangar de Biccoca in Milan. 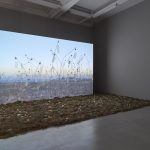 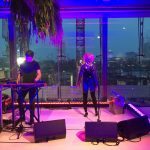 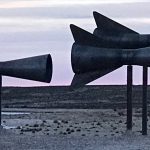 Christian Boltanski is probably the most important French artist working today this upcoming exhibition will mark the artist’s first solo presentation in London since 2010. Working in a variety of different mediums, Boltanski’s practice includes large-scale installations, photographs and sculpture. 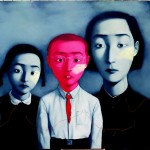 Which contemporary artworks best capture the zeitgeist of the late 20th and early 21st centuries?