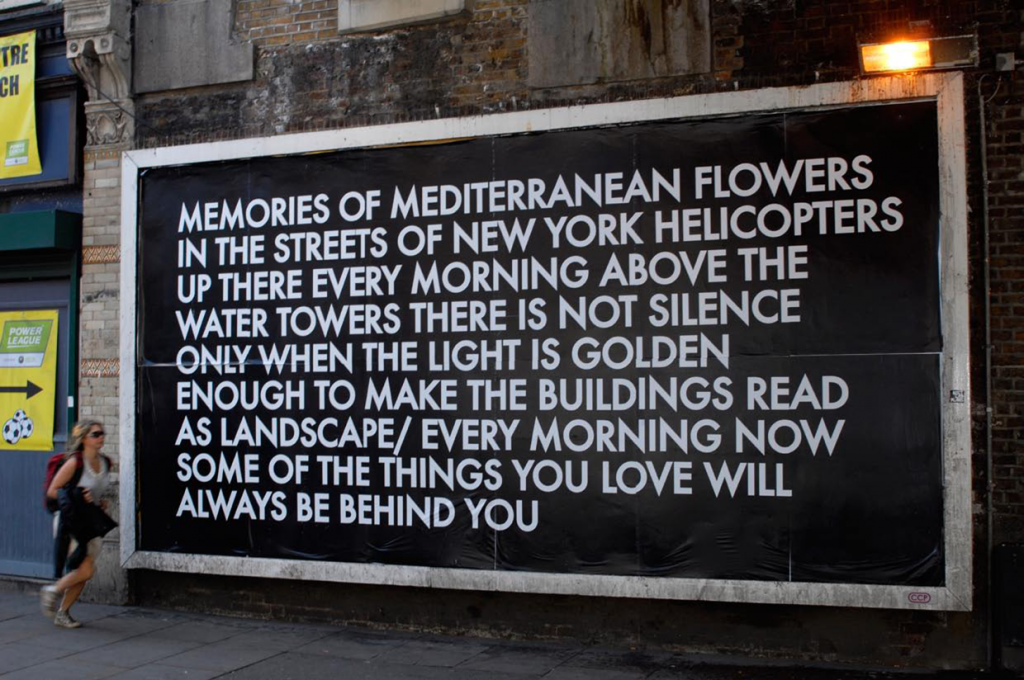 A series of mysterious billboards began to appear on appear on the streets of East London around Old Street and Shoreditch High Street. Bold black and white antiadvertising statements in place of the usual billboards.
The billboards have continued to appear anonymously in EC1 and SE1, a mixture of political declarations and
more poetic/melancholic reflections.

There has been conjecture that it is the work of artist Robert Montgomery who works in a Situationist tradition and has in the past hijacked billboards in the area. These allegations remain unproven but when our photographer came across a van with a rather unusual logo last night he found a group of people driving around and quite openly pasting homemade billboards over Conservative Party Election Campaign billboards across London seemingly with impunity and apparently rather enjoying themselves…. 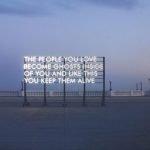