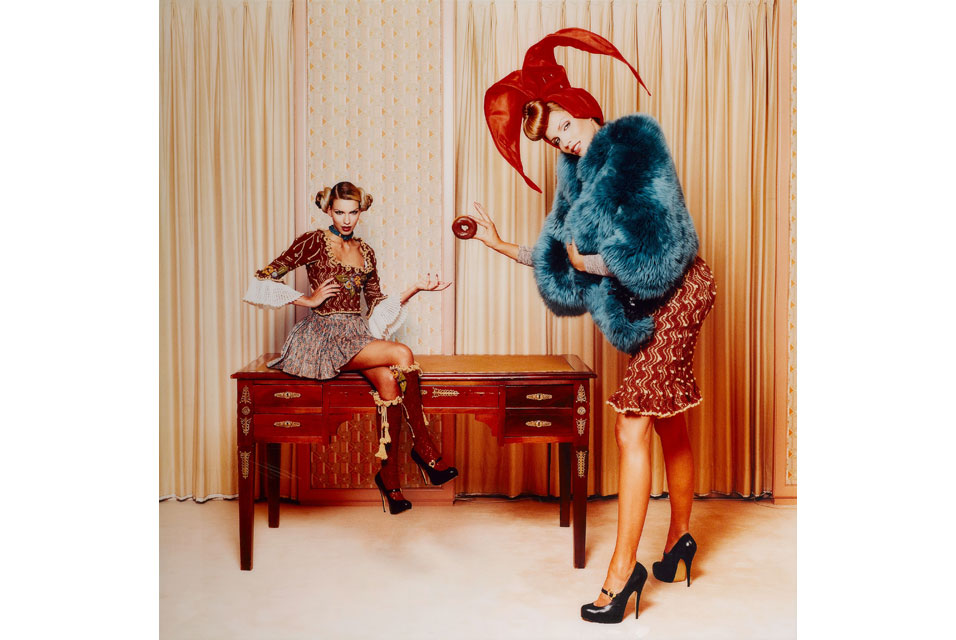 A photographic commission for Vivienne Westwood’s On Liberty collection 1994-5, Donut, Kym, for Vivienne Westwood, 1994, by Dutch duo Inez van Lamsweerde and Vinoodh Matadin, which was used in a calendar and advertising campaign, is to be sold for £12,000 – 15,000 in the first auction for Bonhams new photography department on 20th May 2010 at New Bond Street.

Three images by the leading American fashion photographer Lillian Bassman, who is attracting attention following an exhibition at Wapping Project Bankside, and a forthcoming show at Paul Smith, will also be on sale. The photographs include Jean Shrimpton, 1955 (estimate £3,000 – 5,000); Nylon: A Natural Traveller, Margie Cato (estimate £2,000 – 3,000), which was taken for Harper’s Bazaar; and Park Avenue Woman, Mary Jane Russell (estimate £2,000 – 3,000).

The top lot is a portrait by the internationally renowned German photographer Thomas Ruff: Portrat (V.Lieberman), 1998. With a pre-sale estimate of £25,000 – 35,000, the portrait is an excellent example of the precise, tonally exact imagery that Ruff, and his fellow students under Bernd Becher, are famous for.

Head of the Photography Department at Bonhams, Jocelyn Phillips, comments: “Following on from our collaboration with David Bailey earlier this year, the new department is excited to present its first auction at Bonhams London. We are delighted to be offering a broad range of photographic imagery – from the 19th century to the present day – at a wide and accessible range of prices.”