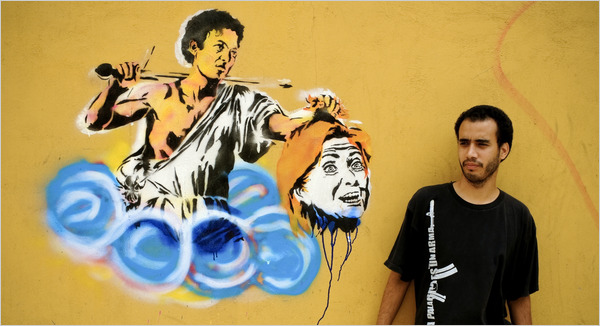 The Venezuelan government, supports Mr. Zerpa’s creations and the work of many other street artists, and is increasingly making them a central element of its promotion of a state ideology. Government-financed brigades of graffiti artists and muralists are blanketing this city’s walls with politicized images, ranging from crude, graffiti-tagged slogans to bold, colorful works of graphic art.

The more overtly political images tend to glamorize President Hugo Chávez’s Bolivarian revolution, and his demonization of Washington is a favorite subject.