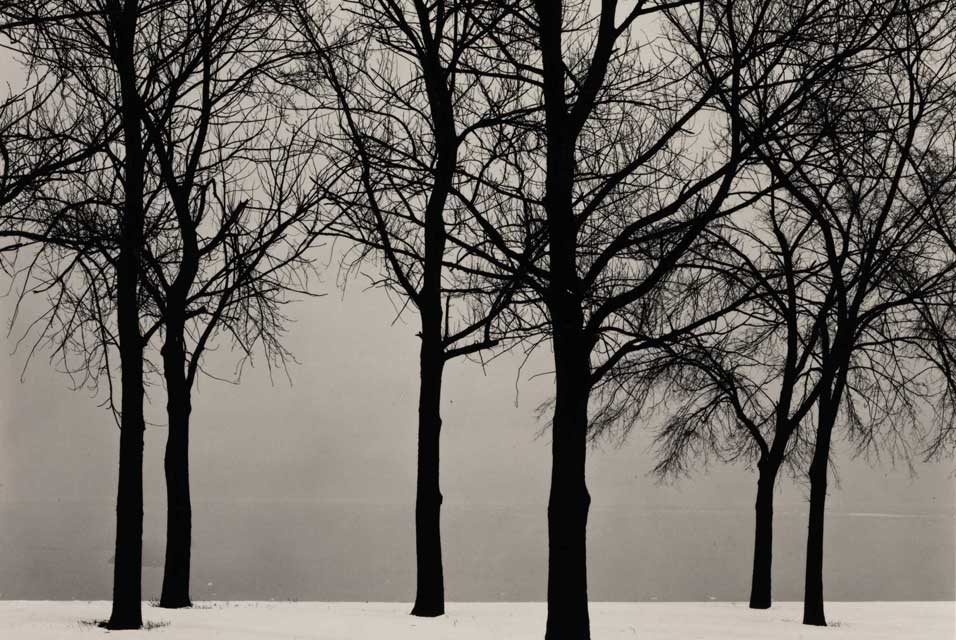 NEW YORK, NY- Sotheby’s is to offer Photographs from the Polaroid Collection on June 21st and 22nd, 2010 in New York. The collection of more than 1,200 works provides unique insight into the influence of Polaroid’s revolutionary technology – which all but eliminated the distance between inspiration and realization – on the history of photography. The collection was begun by Edwin Land, the inventor and founder of Polaroid, and is vast in its breadth and ambition. Works by many of the leading photographers of the second half of the 20th century will be offered, among them Peter Beard, Chuck Close, William Wegman, David Levinthal, Robert Frank, David Hockney, Robert Mapplethorpe and, perhaps most significantly, Ansel Adams, who is represented by over 400 photographs. The collection is estimated to fetch $7.5/11.5 million.

The story of Land’s inspiration for Polaroid has become part of photographic legend. Vacationing with his family in Santa Fe in 1943, Land took a picture of his young daughter Jennifer, who asked her father why she couldn’t see the photograph instantly. For the brilliant Edwin Land, this was not merely a child’s simple question, but a challenge to be overcome. Within an hour, Land had contacted his attorney to begin the patent application process for a device that would produce photographs within minutes of the shutter’s click. It took Land only an afternoon to effectively invent the concept of instant photography and his first Land camera and film, which sold out within hours, was introduced to the market in a Boston department store in 1948.

“This will be the first time in the history of our market that we have offered a collection based upon a technology, rather than an artist or a theme,” said Denise Bethel, Director of the Photographs Department at Sotheby’s in New York. “Polaroid materials, in the hands of innumerable artists, re-defined the aesthetic of the 20th century. It’s a testament to the versatility of Land’s invention that his films and cameras attracted artists as diverse as Ansel Adams and Lucas Samaras. We are both thrilled and honored to be presenting such an amazing and historically significant body of work. Our pre-sale exhibition in June, which will take over most of our York Avenue premises, will be the only time most of these works will be seen together in a public setting.”

Edwin Herbert Land was born in Connecticut in 1909. After a year at Harvard, he moved to New York City, where, working alone and without backing, he perfected a light-polarizing material. In 1932, he joined forces with his former Harvard physics professor, George Wheelwright III, and their firm, Land-Wheelwright Laboratories, capitalized on Land’s new technology, with applications as diverse as sunglasses, camera filters, and optical instruments. In 1937, the business became the Polaroid Corporation, and Land and the company went on to support the military community in the early 1940s with a variety of top-secret inventions, among them night goggles and enhanced munitions.

Land’s most famous invention, however, was the instantly-developing photograph the revolutionary process that, for the first time, gave professional and amateur photographers alike the opportunity to see their images moments after exposure. The complex process of developing a conventional photographic print—which entailed hours in the darkroom, along with chemistry and precise timing—was obviated by Land’s invention and hailed as a marvel of modern technology. From its introduction, Polaroid photography had immeasurable populist appeal, but it was hardly used exclusively by amateurs. Indeed, Polaroid’s cameras and films have captivated whole generations of professional photographers and artists, museum curators, and collectors. The widespread creative use of his invention inspired Land and Polaroid to assemble a group of works produced with Polaroid materials. Collected at first on an informal basis, the photographs were acquired in subsequent years in a more systematic way, and officially became the world-class Polaroid Collection of Photography in the 1960s.

The presence of Ansel Adams looms large in the Polaroid story. Not only does the collection include over 400 Adams photographs, both Polaroid and non-Polaroid work, but there were few aspects of the new Polaroid technology that Adams would not influence. The photographer met Land in 1948, and his involvement with Polaroid in the decades that followed is incalculable. Adams encouraged Land to innovate and to push the boundaries of what could be achieved with instant cameras and film; both men shared the belief that Polaroid technology could produce works of aesthetic merit as well as technical acclaim. Professionally and personally, Land and Adams became fast friends and regularly vacationed together with their wives, often in the American Southwest.

The Ansel Adams works in the Polaroid Collection can be divided into two major groups: classic Adams photographs that were made before the invention of the first Polaroid camera, among them many large murals that hung on the walls of Polaroid’s corporate offices; and Adams photographs made using Polaroid cameras or Polaroid film, including dozens of gem-like 4-by-5 Polaroids that show the photographer’s inventiveness when working on a small scale.

Adams was far from the only artist, however, who was intrigued by the potential of Polaroid products. Many other photographers were given cameras and film for experimentation, and they returned to Polaroid with recommendations and results. It was soon realized that the photographs shot by these early practitioners were an important record of the development of the medium, leading to Polaroid’s Artist Support Program, in which cameras and film were exchanged for the photographs taken. Through the Artist Support Program, the Polaroid Collection acquired works by artists whose names are now linked with Polaroid technology, especially ones using the famous 20-by-24-inch camera, including Chuck Close, William Wegman, and David Levinthal, among many others.

In 1956, in order to give context to the new Polaroid photography, Land charged Ansel Adams with the creation of a collection of other significant photographs of the time, but ones made by more conventional means. Armed with a small budget, Adams approached such photographers as his friends Dorothea Lange, Imogen Cunningham, Edward Weston, Harry Callahan, and Margaret Bourke-White, acquiring a small group of classic images that came to be known within Polaroid as the “Library Collection.” As well as providing a marvelous backdrop for the new Polaroid technology, this small but lesser-known Library Collection provides a fascinating insight to Adams’s own taste in the photography of his day.

What’s It Worth at Auction?