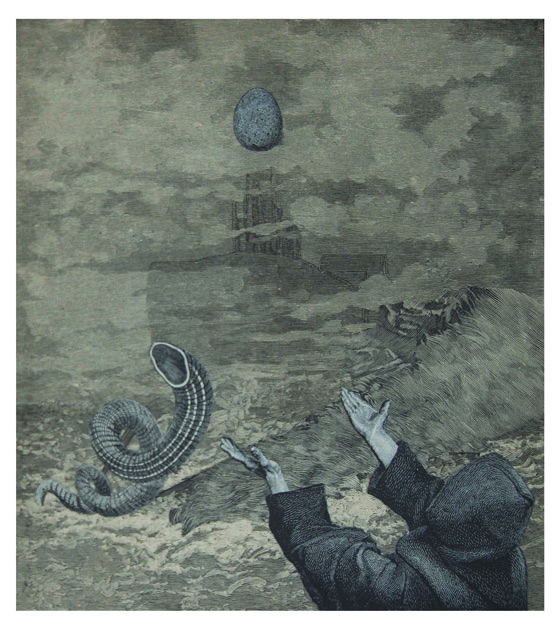 Susan Inglett Gallery will present the late work of Bruce Conner from January 28 to March 13, 2010.
Bruce Conner was no stranger to death. On September 12, 1959, the first exhibition of “The Late Bruce Conner” opened at the Bay Area Spatsa Gallery. While the work was in fact late work, to Conner’s mind every piece, whether collage or assemblage, was composed of objects that had experienced a previous life. The Gallery represented a sepulcher containing beings no longer of this world, intended to be revered and worshipped from afar.

Spatsa was but Conner’s first foray into the after life; in 1964 Conner was the subject of a solo exhibition at the infamous Batman Gallery. For the occasion, he organized a three day “24-Hour a Day Art Show” whereby he would live in the gallery. “After three days the stone was rolled away” and Conner emerged, reborn. Surviving to 1972, when irritated by the relentless offers to appear in “Who’s Who in America”, Conner responded via return mail that he was dead. In 1973, “Who’s Who in America” dutifully recorded the death, untimely to be sure.

For this first actually posthumous exhibition for Bruce Conner at Susan Inglett Gallery, the gallery will exhibit the late collage work of the late Bruce Conner in the main gallery accompanied by film in Gallery II. Infused with the clarity that is said to accompany the end of life, these wood engraving collages are assuredly the most magnificent and moving work of Conner’s lifetime. Accompanied by what was intended to be his last finished masterwork in film, ‘Easter Morning’, the exhibition reaches a visual transcendence as we follow the artist through a metaphysical quest towards renewal and rebirth.

The exhibition will parallel an appearance of Conner film excerpts on the MTV HD Screen at Times Square, courtesy of Creative Time.

The exhibition will be on view at Susan Inglett Gallery, located at 522 West 24th Street Tuesday to Saturday 10 AM to 6 PM.