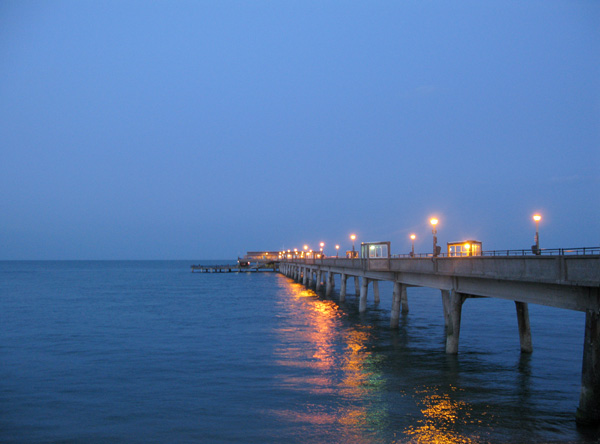 When Katie Paterson talks about her inspiration behind her most recent work, Streetlight Storm, it all makes perfect sense – of course it’s logical to record every flash of lightening from North Africa to the North Pole and turn it into an art work in a sleepy seaside town in Kent. Perhaps not? Paterson’s limitless imagination and determination to realise her far-fetched inspirations has in the past, brought us such works as Earth-Moon-Earth (Moonlight sonata Reflected from the Surface of the Moon), which involved the transmission of Beethoven’s Moonlight Sonata to the moon and back and Vatnajökull (the sound of), a live phone line to an Icelandic glacier. Streetlight Storm continues this tradition of epic works, proving that space, time and technicalities are mere trifles to be swept aside for this ambitious artist. 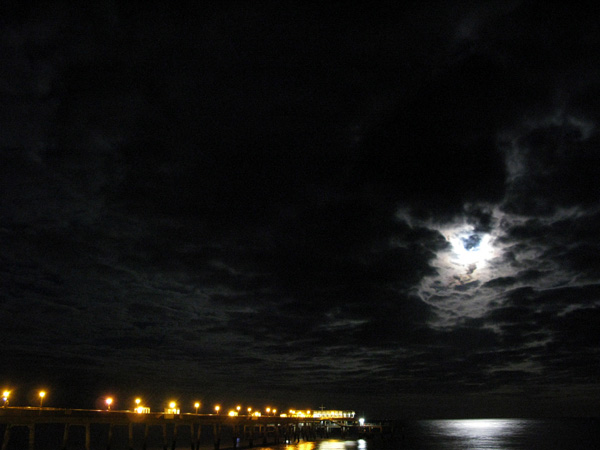 At any one time there are around 6,000 lightening storms happening across the world amounting to some 16 million storms each year. Inspired by such dizzying statistics Paterson set about translating this natural phenomena into a poetic and beautiful artwork on Deal Pier in Kent. Harnessing everyday technology, lightening signals from as far away as the North Pole or North Africa are received by an antenna on the pier and projected as short bursts of light. As the pattern of lightening strikes changes, so the pier lights oscillate correspondingly, with a subtlety that contrasts with the power and drama of the storms they reflect.

To watch the pier by night is a genuinely magical experience with each flash anticipated with mounting tension. Every sporadic burst is accompanied by an appreciative emotional thrill and a sense of awe at the fact that somewhere out there the ominous rumbles of thunder and lightening are mounting. The work connects spectators to the vastness of the world beyond, collapsing the distance between the individual and remote meteorological events.

Streetlight Storm was originally scheduled to run for one month throughout January but it is looking likely that the instalment will be extended.

Katie Paterson: First There is a Mountain