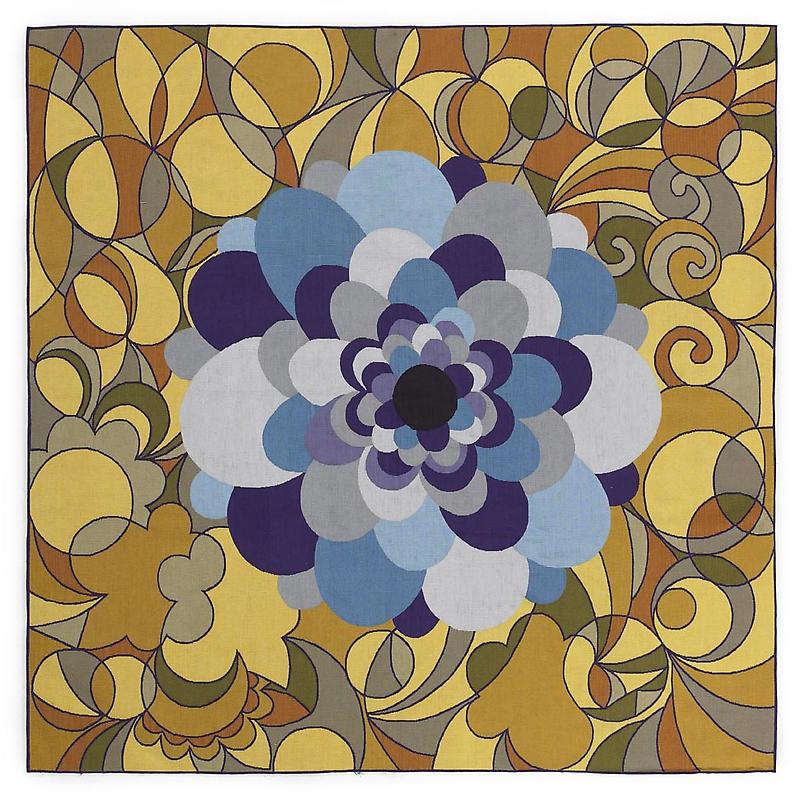 James Cohan Gallery will present the exhibition “Demons, Yarns & Tales” featuring hand-woven tapestries created by thirteen internationally renowned artists, including avaf, Peter Blake, Gary Hume, Jaime Gili, Francesca Lowe, Beatriz Milhazes, Paul Noble, Grayson Perry, Shahzia Sikander, Fred Tomaselli, Gavin Turk, Julie Verhoeven, and Kara Walker. The exhibition was created by the London-based art organization, Banners of Persuasion, who commissioned each artist to design a tapestry, a medium foreign to his or her usual practice. Three years in the making, the collection was briefly shown at the end of 2008 at The Dairy, London and at Miami Basel and is now traveling to James Cohan Gallery for its premiere viewing in New York. In addition, the gallery will be present a small-scale exhibition of drawings and other relevant works by selected participating artists.

Although Tapestry is more often associated with decorative or applied arts and has faded as a primary art medium in the age of mechanization and mass-production, it has been continually explored by prominent visual artists such as Picasso, Kandinsky, Warhol and more recently Chuck Close, Craigie Horsefield and William Kentridge. This exhibition actively invites viewers to re-think and re-address this rich and complex historical medium in the realm of contemporary art practice.

Confronting the challenge of working in an unfamiliar territory, the artists approached the new medium in various different ways. They translated their familiar languages of paint, paper, drawing, collage, ceramics into that of silk and wool and the hand-woven stitch, thus transforming their unique visual language. In “After Migrant Fruit Thugs” (2008), Fred Tomaselli maintains the hallucinatory visions that radiate from the original wood panel work of the same title while trading his frequent use of unorthodox materials such as drugs and hemp for silk and gold threads to create two luxurious birds of paradise set against a fantastical nocturnal backdrop. Paul Noble transfers the draughtsmanship and humour of his meticulous graphite drawings of the fictional city, Nobson Newtown, to an aerial view of villa joe (2008) formed of intricate woven stitches.

The diverse range of subjects includes fictive landscapes, architectural abstraction, fashion and flora and the politics of race, gender, international conflict and the environment. Kara Walker’s “A Warm Summer Evening” in 1863 (2008) uses an image published in Harpers Magazine during the American Civil War, captioned ‘The Destruction of the Coloured Orphan Asylum on 5th Avenue.’ A black silhouette of a lynched female figure hangs in front of this historical scene of racially motivated violence. Grayson Perry invites us to “Vote Alan Measles for God” (2008) in a tapestry littered with images that we associate with the perceived threat of global terrorism – Osama bin Laden, the Twin Towers and guarded oil fields – following the historical tradition of using the medium to tell stories of power struggles and war; in effect creating a Bayeux tapestry for modern times. The opening flower petals of Beatriz Milhazes’ “Carioca” (2008) suggest the movement of a kaleidoscope or the random cycle of a computer screensaver while contemporary Indian headpieces cascading over traditional floral patterns in Shahzia Sikander’s “Pathology of Suspension” (2008) reveal the artist’s on-going interest in craft traditions.