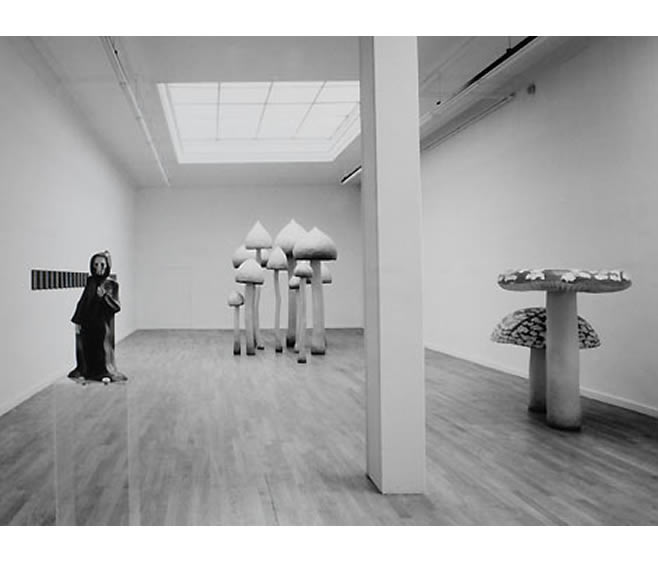 Celebrating unpopular culture since 2001, Strange Attractor has been an open channel for high strangeness in all its forms: publishing books and curating talks, performances, screenings and events at venues all over London. Drawing on a deep seam of knowledge contained within historians, anthropologists, sorcerers, artists, authors, musicians, obscurists and enthusiasts, Strange Attractor declares war on mediocrity and a pox on the footsoldiers of stupidity. Join us!
www.strangeattractor.co.uk

The first Strange Attractor Salon will be held at Viktor Wynd Fine Art (incorporating The Little Shoppe of Horrors), 11 Mare Street, London, UK, E8 4RP, between 7 and 31 January 2010. The exhibition will gather together, for the first time, a selection of art and illustration from Strange Attractor’s contributors, friends, allies and inspirations. Like our books and events the Salon will incorporate a wide range of media (painting, drawing, photography, sculpture, sound and video) from both trained and untrained artists. The assembled exhibitors all share Strange Attractor’s fascinations with inner space, craft, science (natural and unnatural) and the fantastic.

Mark Pilkington is a writer, editor and publisher with a keen interest in the further shores of science, belief, folklore and culture. He is the author of Far Out: 101 Strange Tales from Science’s Outer Edge (Disinformation) and the forthcoming Mirage Men (Constable Robinson). His writing has appeared in publications and anthologies including London Noir (Serpent’s Tail), The Anomalist, Fortean Times, The Guardian, Arthur and The Wire. When not working with words, Mark can be found performing with experimental musical groups including Raagnagrok, Disinformation and Yan Gant Y Tan.