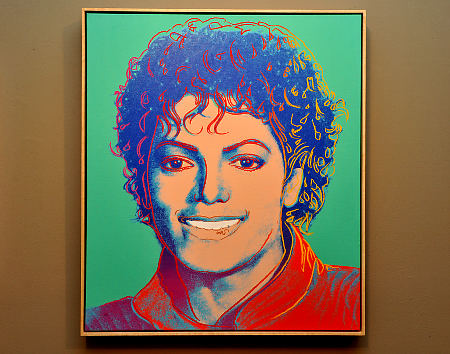 Christie’s auction house will offer up a portrait of Michael Jackson by Andy Warhol in New York on Nov.10
The auction house told The Associated Press on Friday that the 30-by-26-inch portrait should fetch an estimated $500,000 to $700,000. It’s one of a small group of Warhol silk-screened images of Jackson created in 1984.

The painting depicts Jackson smiling in a “Thriller”-era jacket, with squiggles of red and yellow in his hair.
Deputy chairman Brett Gorvy says the seller is an anonymous private collector in New York who bought it from the Andy Warhol Foundation in the 1990s.

The image is part of 47 lots being auctioned, including two other Warhol paintings.

A New York art gallery sold a similar Warhol portrait of Jackson in August to an anonymous buyer. The gallery would not disclose the price, but said it was more than a million dollars.