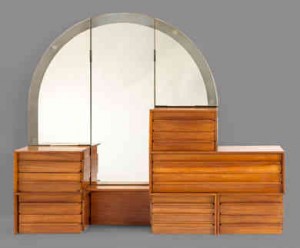 “From the Spoon to the City”: Objects by Architects from LACMA’s Collection will present a cross section of LACMA’s twentieth-century design collection, highlighting furniture and objects designed by architects.

When Italian architect Ernesto Rogers famously declared that he wanted to design everything from “a spoon to a city,” he articulated the desire of many architects to design both buildings and their contents. In some cases, this meant design for specific commissions, such as Rudolf Schindler’s furniture for the Shep family. In others, objects allowed the realization of ideas on a smaller, more viable scale, or were a part of a multifaceted career that spanned all realms of design, as in the case of Frank Gehry. The products of such efforts can function as miniature buildings, conveying the architect’s ideals in a compact form. Or as Charles Eames put it when asked why he made furniture, “so [I] can design a piece of architecture that you can hold in your hand.”

Architects often design unique objects for specific architectural commissions, such as Rudolph Schindler’s furniture for the Shep family. In such cases, they are responsible for a completely integrated solution of building and furnishings. Architects also design objects in order to realize complex ideas on a smaller, more viable scale, as in the case of the Eames Storage Unit. The products of such efforts function as miniature buildings, conveying the architect’s ideals in a compact form.

Crossing disciplinary boundaries is a time-honored phenomenon that persists to this day, exemplified by the work of contemporary architects who design products and clothing. The advent of digital technologies has allowed them to use the same tools to create buildings and small objects alike, further breaking down the barriers between architecture and design. 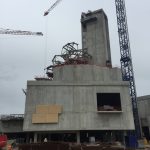 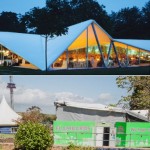 Everyone from Ai Weiwei and Frank Gehry to Zaha Hadid has designed a folly for the Serpentine gallery, but what happens to these starchitect baubles after their summer in the sun? 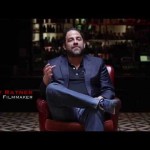 VIDEO: Artistry and Technology by Liberatum

Creative people are increasingly using technology to produce their art but can they still excel without it or are they completely attached and dependent on it?