Tintin Gets a Museum - FAD Magazine
Skip to content 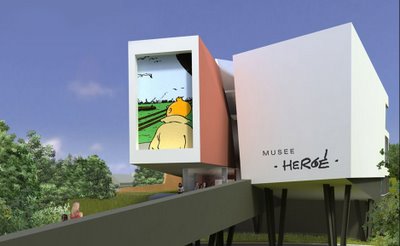 Over the years, Hergé’s artistic output has become established as a work of distinction.
The idea of a museum had been germinating from as far back as 1979, while he was still alive. The goal was always to make Hergé’s myriad creations known to the wider public.

To do justice to such an important project, a lot of time and careful reflection was necessary. The main task was to strike the right balance between the nuances of a complex reality and the legendary status that was starting to develop around the man and his creation.

In 1986, three years after the artist passed away, the idea took shape in the form of the Hergé Foundation.

From the start of the new millennium, this organisation (now renamed Studios Hergé) has worked tirelessly to identify and catalogue the most suitable elements for exhibition in a museum consecrated to Hergé.

On 10 January 2001, Tintin’s ‘birthday’, the important announcement was made: the Hergé Museum was to be built in Louvain-la-Neuve, a recently created university town, less than 30 kilometres from Brussels.

Eight years later and the dream came true. The Hergé Museum opens its doors at the start of June 2009, two years after the first stone was laid on 22 May 2007, the artist’s birthday.

Expectations are as high as the project is ambitious. A well-known architect was chosen to bring the industrious plans to fruition: the Frenchman Christian de Portzamparc. In recognition of his achievements, in 1994 he was awarded the Pritzker Prize, the most prestigious accolade in international architecture.

De Portzamparc has used all his skills in building design to integrate the principals of Hergé’s work, superbly highlighting the unique features of the latter’s art, which led to his becoming the founder and master of the clear line technique.

Tintin first saw the light of day on 10 January 1929, in the pages of Le Petit Vingtième, the weekly children’s supplement to the daily paper, Le XXe Siècle.

The Adventures of Tintin are still as fresh and exciting today as they have ever been, inspiring artists, writers, and directors in both the theatre and cinema. Tintin embodies timeless values that appeal to humankind worldwide. His captivating escapades are the result of a unique combination of gripping narratives, sublime ‘clear-line’ graphics and universal themes.

Tintin is part of our collective unconscious: almost all of us have read Tintin. We identify with him and dream of his adventures, and he remains an integral part of childhood memory for so many of us. As a result, Tintin still sets pulses racing, despite his old age! The continued astonishing success of events relating to Tintin, bear witness to his popularity. As we all feel very close to Tintin – there is a little bit of him in each of us – we may suddenly feel defensive if we think that so much as a hair on his quiff is in danger. Nevertheless, Tintin is not actually part of the public domain. Presently, the work of Hergé is managed by two complementary organisations: Studios Hergé and Moulinsart. These companies represent Hergé’s legal successor and, like all enterprises, they follow an internal constitution and code of practice. 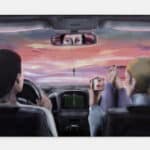 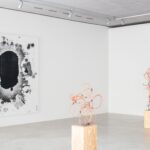 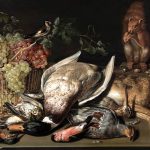 The 133-gallery Brussels Antiques & Fine Arts Fair (26 Jan – 2 Feb) is wide-ranging: more ancient, classical and modern than contemporary, but covering many areas and eras of art, design and collectibles