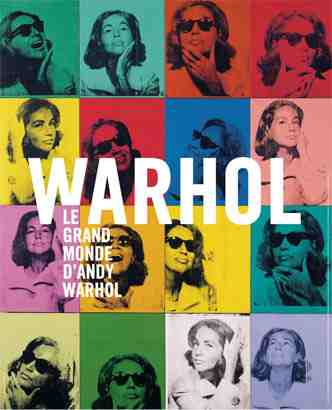 In this series, Warhol painted a picture of an entire society and invented a new form of artistic production – serial and almost mass produced. In his studio, “The Factory”, Andy Warhol developed a systematic process in the early 1970s: he made up his models and photographed them with a Big Shot Polaroid (the Warhol Museum in Pittsburgh has several hundred of these photos, some of which will be presented in the exhibition). He carefully selected the shots, then painted and silk screened the portraits.

A selection from the thousand or so portraits that he painted from the early 1960s onwards is here presented by themes focusing on the key points in Warhol’s work: Self Portraits, Screen Tests, Mao, Dollars, Disasters, The Last Supper…, which situate them in a retrospective view of his production.
In 1979, the Whitney Museum exhibited about fifty of these paintings, but since then – despite the fact that many of them have become “icons” – they have not been shown in a single-artist exhibition. With the aim of recreating the effect of the principle of repetition which Warhol had in mind when he painted them, the Galeries Nationales du Grand Palais is presenting, for the first time, this large set of paintings which constitutes an unprecedented archive in the history of painting and photography.

“All my portraits have to be the same size, so they’ll all fit together and make one big painting called Portraits of Society. That’s a good idea, isn’t it? Maybe the Metropolitan Museum would want it someday.”