Filipino curator, John Kenneth Paranada, has been appointed in a historic new role that demonstrates the Sainsbury Centre’s actionable commitment to addressing the climate crisis through art and culture.

The Sainsbury Centre is working towards an exciting relaunch in 2023 to tie in with its 50th anniversary. Paranada will play a crucial part in delivering a new programme of exhibitions, displays, artist residencies, publications, and other special projects.

This vital role is the first of its kind in any UK museum and is generously funded by the John Ellerman Foundation’s Museums and Galleries Fund, which supports curatorial skills and innovation. Paranada joins the Sainsbury Centre at an exciting time as it works towards delivering a new vision following the appointment of Jago Cooper as Executive Director in November 2021.

Adapting to climate change is urgent as extreme weather events across the planet turn the distant threat of global warming into our tangible present. Museums and the wider cultural sector share a duty to promote, commission and socialise radical cultural mediations and actions on how we can address the most challenging and complex problem of our age. Art has always been a rallying force to drive social change, it has the power to move, persuade and inspire action.

Paranada will lead research and deliver a range of activities that promote sustainability and engage with the climate crisis. As a curator, Paranada will form networks with some of the leading climate change researchers at the University of East Anglia and beyond as part of a radical and multi-disciplinary approach that will impact the cultural landscape for the broadest audiences.

Paranada was appointed for his exceptional experience delivering impactful public-facing projects at the intersection of art and climate change. Prior to his appointment to this role, he was Curator of Performance and Engagement at the Zabludowicz Art Collection in London (2021–2022); Curator for 21AM – the 50thanniversary exhibition of the Cultural Centre of the Philippines (2019–2020); and Curator of Ecologies and Cosmologies as part of New Curriculum for Old Questions at the National University of Singapore Museum (2020).

Paranada was also a Curatorial Fellow at the New Museum of Contemporary Art, New York in collaboration with the Nanyang Technological Institute Centre for Contemporary Art, Singapore (2019). Moreover, he was part of the Hauser der Kulturen der Welt (HKW) Anthropocene River Campus at Tulane University, New Orleans in collaboration with the Max Planck Institute for the History of Science (2019) and selected in numerous highly selective curatorial laboratories including: Shanghai Biennale’s Curators Workshop 2013 with Qui Zhijie and Boris Groys; Shanghai Curators Laboratory 2018 with Carolyn Christov-Bakargiev and Yongwoo Lee; and RAW Academie, Dakar in collaboration with the Independent Curators International (ICI) with Koyo Kouoh and Kate Fowle in 2019.

He received his Master of Fine Arts in Curating with a focus on art in the Anthropocene at Goldsmiths College, University of London (2016), Master of Advanced Studies in Curating with a focus on Social Sculpture at Zurich University of the Arts, Switzerland (2015). He studied Philosophy of Nature under Bruno Latour at Science Politique Paris, France funded by the Institut Francais (2013).

Paranada has also been working towards opening the Centre for Ecologies, Sustainable Transitions and Environmental Consciousness (CESTEC) in Los Banos, Philippines – an experimental ecological platform for converging transdisciplinary practices on art, adaptations and the climate crisis in South-East Asia.

For museums to play the amazing role they do in society, they need to be as dynamic and responsive to change as the transforming world around them. This is why we are so happy that Ken has joined us to help articulate, activate and ultimately answer the public’s pressing questions about the future of our planet. Ken’s infectious passion for the power of art to help us find that path ahead heralds an exciting time ahead for all visitors to the Sainsbury Centre. 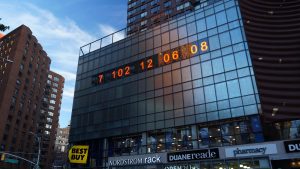 For Climate Week, the iconic Metronome clock in Union Square has been repurposed as a giant Climate Clock, an 80-foot-wide digital display that keeps track of our remaining time window to take urgent action on climate change. 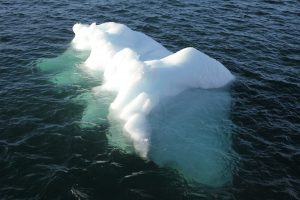 Olafur Eliasson, working in collaboration with leading geologist Minik Rosing, will display blocks of melting ice across two public sites in the centre of London to create a major artwork, Ice Watch. 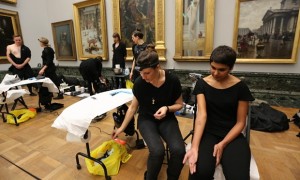