Sutton + Paris to its offices. - FAD Magazine
Skip to content

Sutton adds Paris to its roster of offices. As Paris enjoys an extraordinary boom in its world class museums, galleries, art fairs, and with inspiring cultural activations and initiatives across France, Sutton has announced a new office in the city. Having served art, culture and luxury clients in France from their international offices in London, New York and Hong Kong for over 15 years, opening a Paris office is seen as a commitment to building on their existing work in Paris and across France.

‘The timing felt right to extend our existing network in London, New York, Hong Kong and, most recently, Singapore to Paris. The city of Paris along with the rest of France celebrate artists and the arts in such a unique way and we look forward to championing the French arts scene globally.’

I am delighted to be joining Sutton and together we will bring our shared expertise and innovative approach to existing and new clients across France’s cultural, luxury and arts sectors.’

Based in the 8th Arrondissement, the Sutton Paris office will be a hub for Sutton’s French-speaking team.
Sutton’s London team will be in Paris supporting the launch of the inaugural Paris+ par Art Basel at the Grand Palais Éphémère, from October 20th to 23rd 2022. Additionally, Sutton are working on France-based projects with: Guerlain, Carpenters Workshop Gallery, 1:54 Contemporary African Art Fair and on artist Joana Vasconcelos’ installation at the Sainte-Chapelle de Vincennes, as well as the Fondation Prince Pierre de Monaco. MORE: @sutton 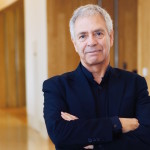 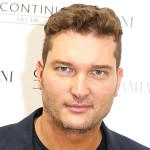 Yay it’s Venice Biennale time! Today FAD’s Art World VIP, Cristian Contini, Venetian and head of ContiniArtUK, shares insider secrets about where to go and where to get away from it all 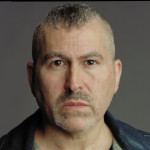 We all love the Venice Biennale, but if we’re being honest, we’d probably all admit that we haven’t always done it right. We’ve probably all had the experience of neglecting to make dinner reservations and ending up somewhere disappointing, or of choosing a random hotel off the internet and it being a bit grubby