We are delighted to collaborate with Aboudia in exhibiting these remarkable paintings to our audience in London this summer. Showing these alongside the work of Jean Dubuffet, created half a century ago, provides the opportunity to find extraordinary dialogue between the work of these two artists.

Through his work, Aboudia regularly returns to the subject of childhood and childlike innocence as a narrative voice for society. Deeply rooted in the artist’s connection to his hometown, Abidjan on the Côte d’Ivoire, Aboudia uses found materials from the street, incorporating rubbish, corrugated iron, newspapers, magazines, schoolbooks, and charcoal into his layered canvases. Aboudia’s distinctive approach to figuration takes inspiration from the city’s graffiti and dynamic urban culture, which is brought into dialogue with the imagery of traditional West African wood carvings. Recognising the coexistence of these dual influences in his work, Aboudia names his stylistic approach Nouchi, a term more commonly used to refer to the colloquial language specific to the Côte d’Ivoire, asserting the
significance of both the local and traditional to his artistic practice. The artist looks at the world through the purest and truest reality we can engage with, the lens of a child, using his dynamic depictions of children to address societal and political issues such as war, poverty, and homelessness.

Jean Dubuffet’s work draws the viewer deep into an alternate universe. Using unorthodox found materials which he layered with paint and paper, Dubuffet’s work traces his personal evolution and meanderings as he lived through the significant cultural shifts and artistic developments of the last century. There was no hierarchy in his world in which conventions were shattered and historically underrepresented and overlooked subjects were brought to the fore. Proving that creativity can flourish in the most unlikely of places, Dubuffet created his own language of deliberately ugly or raw art which he named Art Brut. This new language focused on the seedy underside of cosmopolitan life and his subjects included all manner of urban landscapes and individuals which he chose to depersonalise, exaggerating their proportions and features to create grotesque caricatures which challenged cultural standards of beauty and traditional notions of realism.

Different Throws of Dreams explores the dialogue between Aboudia and Jean Dubuffet, and their focus on portraying the most vulnerable and raw fractions of society. In addition to the similarities in subject matter, another recurring theme in the conversation between the two artists is their use of found objects and waste materials from everyday life which are repurposed to depict the urban landscapes and individuals who discarded them.

Phillips X is a dynamic selling exhibition platform operated by the Private Sales department at Phillips. Presenting highly curated selling exhibitions on an international scale to Phillips’ collecting community around the globe, Phillips X highlights notable artists and creators of the 20th and 21st centuries, creating new and important dialogues around established and emerging movements, genres, mediums, and channels. 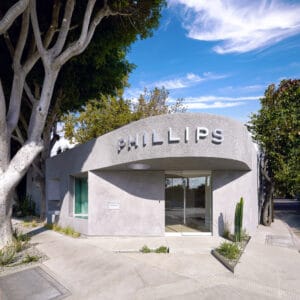 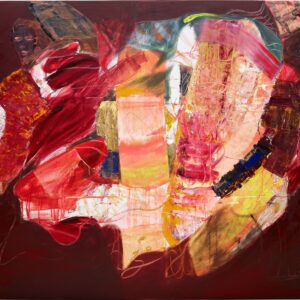 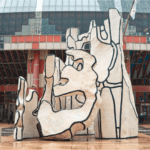