Situated in front of the classical façade of the station, the work recalls in the first instance Giorgio di Chirico’s Ariadne, 1913 (Metropolitan Museum of Art, New York). The anonymous Sleeping Ariadne (Vatican Museums), itself an ancient Roman version of a lost Greek sculpture of the second century B.C.E., was celebrated in antiquity and the Renaissance. Its image was transported to Britain through copies purchased by young travellers on their grand tour. For Di Chirico, the figure of a sleeping Ariadne abandoned at Naxos became symbolic of his own many displacements, from Greece to Germany, to Italy, and then Paris. Travel and migration characterise both the location of Turk’s Ariadne and the inherent transience that characterises the population of a university town like Cambridge.

Gavin Turk attended the Royal College of Art in London. In his 1991 MA exhibition, he presented a whitewashed studio space containing a single blue heritage plaque commemorating his presence. Though refused a degree, his subsequent notoriety attracted the attention of Charles Saatchi and he became part of a group known as the ‘Young British Artists’ (YBAs). Public collections include Tate, London; Victoria and Albert Museum (V&A), London; and the Museum of Modern Art (MoMA), New York. Turk’s oeuvre deals with conversations of authorship and identity, concerned with the ‘myth’ of the artist and the authenticity of a work. He has been commissioned to create several large public sculptures including: Nail (2011), a 12-metre eponymous sculpture at One New Change, next to St Paul’s cathedral, London, England; Axis Mundi (2017), an oversized painted bronze sculpture of a plug located in Paddington Basin, London; and L’Âge d’Or (2019), a large bronze open door permanently sited outside the Museum of Migration in Rotterdam. MORE: benbrownfinearts.com/gavin-turk/ 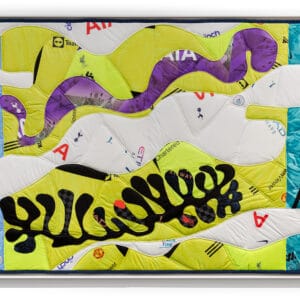 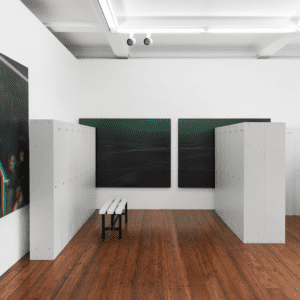