After exhibitions in three U.S. cities, Nicole Wilson’s Ötzi, the highly praised and groundbreaking body of work, will travel to its final stop on June 11th: London. Co-presented by Praise Shadows and Three Kings Tattoo, with technical partner Fairchain, the project is based on more than a decade of research and time-based documentation.

Ötzi is a Copper Age male natural mummy (scientists date him to 3300 BCE) whose body is preserved, cared for, and researched at the South Tyrol Museum of Archaeology in Italy. According to the museum,

“61 tattoos were found on Ötzi’s body, all in the form of lines or crosses. Unlike modern tattoos, they were not made with a needle; they were fine incisions into which pulverised charcoal was rubbed. The tattoos are located near his ribcage and lumbar spine, on his wrist, knee, calves and ankles.”

Ötzi is considered the oldest tattooed human mummy yet discovered (in 2018, nearly contemporaneous tattooed mummies were discovered in Egypt).

“O?tzi stands in for an archetype, his marks are the signifiers without the signified. In that way, I saw an opportunity to use that lack of meaning (or our inability to find meaning) as a way to go further of what this mummy means to us contemporaneously and access him as an archetypal figure of ‘man’.”

In 2012, using the most current research available on Ötzi, Wilson tattooed images of the mummy’s 59 known tattoos on her body using her own blood. Her body reabsorbed almost all of the blood back into itself immediately following the tattooing, but left behind dark scars where heme, the pigment within blood, slowly disappeared from the skin’s surface.

In 2016, Wilson decided to re-execute this project following a new study that discovered more tattoos on Ötzi. The research confirmed that the corpse contains 61 total tattoos divided into 19 groups. In December of that year, Wilson brought two vials of her own blood to Three Kings Tattoo in Brooklyn. From the existing research, she had already rendered O?tzi’s tattoos concisely into digital design files that were then used to make stencils on site. The tattoo artist Mat Moreno tattooed the designs on her skin, using her blood as the pigment. Once again, her tattoos and placement matched O?tzi’s. Over the next four years, Wilson documented the tattoos as they faded. Photographs of this process are on view in the exhibition and are included in the artist book.

Visitors to the exhibition will experience O?tzi via Wilson’s photographs, documentation of the tattoos as they faded over time. On the reverse of each framed picture, the artist includes source material on the tattoo design. Also available in the exhibition is a special collection phase folder (editioned at 30) in the style of the Fluxus box, containing items such as the artist book, a screenprint of a drawing made in Wilson’s blood, print of the Score (set of instructions for collecting digital files of the tattoos), and an index of a selection of images from the process of tattooing at Three Kings.

Nicole Wilson is a visual artist with an MFA in Art Theory and Practice from Northwestern University and a BFA in Sculpture from Tyler School of Art, Temple University. Through mold-making, conceptual conceits, and long process-driven projects, she makes objects that articulate and own absences and empty spaces. Wilson has sent the President of the United States a letter every day for the past 13 years and had her father design her coffin. She is a current recipient of the Artist 360 Grant through Mid-America Art Alliance and is currently an Assistant Professor of Sculpture at the University of Arkansas (Fayetteville, AR).

About Three Kings Tattoo
Three Kings Tattoo is a Brooklyn-born tattoo studio driven by the ideals of individuality, creative excellence, and technical innovation. We take pride in our ability to create world-class art that combines the traditional and avant-garde with a level of craftsmanship and professionalism unrivaled in the tattoo world. Every tattoo we create is conceived as a collaborative endeavor between artist-designer and client, ensuring that each customer receives a one-of-a-kind work of art. It’s because of this dual devotion to creative brilliance and high-end service that, since its founding in 2008, Three Kings has become one of the nation’s most sought-after tattoo studios. Today, our network also includes New York City, Long Island, Los Angeles, North Carolina, and London. Like the original Brooklyn studio, the newer locations exemplify the values of technical mastery, client satisfaction, and artistic progress that define Three Kings Tattoo.

About Praise Shadows LLC
We believe that the art ecosystem is filled with untapped potential, and our work is rooted in partnering closely with artists to develop opportunities in emerging models of creativity and entrepreneurship — exhibitions, commissions, brand partnerships, new technologies, original concepts that no one has ever tried before. Praise Shadows Art Gallery is a commercial gallery space in the Boston area showing the work of emerging and mid-career artists. It opened in December 2020. Praise Shadows Art Partners advises artists and companies in the creative industries on strategic partnerships and marketing. Our work is local, global, and virtual. praiseshadows.com

Tattoos on the Blockchain

Over the years, tattoo aficionados around the world have asked Wilson for her tattoo design files. Until now, these have never been available for purchase. The South Tyrol Museum of Archaeology has granted permission for the artist to move forward with sharing digital files of the tattoo. Praise Shadows has partnered with Fairchain, a new framework for equity and trust between artists, galleries and collectors. This is the gallery and Fairchain’s third exhibition partnership. The digital tattoo files featured in the exhibition O?tzi will be authenticated and registered on the blockchain. Digital files of the tattoos will be editioned for collectors, who are then provided with the artist’s instruction on printing the artwork on paper for their tattoo artist. If a collector has purchased the work and tattooed the design on their body, the collector can put the digital file up for sale in the secondary market, where the artist receives a royalty for each sale.

More information on the editioned tattoos, including edition and sale information, is available on
www.praiseshadows.com Artist Book Printed with Small Editions, the 96 page artist book O?tzi is available for purchase ($60) from Three Kings in Los Angeles, or online at the Praise Shadows Art Shop. 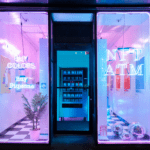 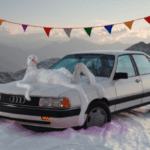 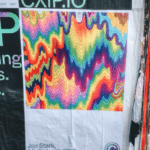 CXIP, announces DAO for creators to govern and oversee the future of NFT technology. 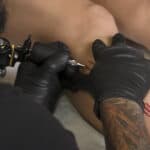