The AU$344 million Sydney Modern Project is the most significant cultural development to open in the city since the Sydney Opera House nearly half a century ago.  The transformation will create a new art museum campus with two buildings connected by a public art garden.

“All eyes will be on Sydney when our new building opens on our magnificent site on Gadigal Country overlooking Sydney Harbour. Our new art museum campus brings together art, architecture and landscape in spectacular new ways, providing visitors with art and cultural experiences only possible here. This is truly the world seen from Sydney.”

A key aspect of the expansion will be exceptional displays of Aboriginal and Torres Strait Islander art, which will be showcased both in a dedicated gallery, the first to be encountered by visitors on entrance level of the new building, as well as across the entire expanded campus. The Sydney Modern Project almost doubles exhibition space and includes a spectacular new building designed by Pritzker Prize-winning Japanese architects, SANAA, with Australian practice Architectus as executive architect; the revitalisation of its historic building by Australian architects Tonkin Zulaikha Greer, including a complete re-installation of the collection; extensive outdoor art experiences, and a series of major art commissions across the campus by leading international and Australian artists.

Light, transparent and open to its surroundings, SANAA’s building responds to the site’s topography with a series of art pavilions that cascade down towards the harbour. The new building expands the formal exhibition space from 9,000 to 16,000 sqm and will feature galleries specifically designed to accommodate art of the 21st century as well as special installations in circulation spaces. It incorporates a vast, columned underground art space, repurposed from a decommissioned World War II naval oil tank, creating a 2,200 sqm gallery with 7-metre-high ceilings for special commissions and performances.

The Art Gallery’s collection of Australian art is among the finest and broadest anywhere. From the time of its founding, the Art Gallery has collected and worked with the artists of its time from Australia and around the world.

The Art Gallery maintains the New South Wales state art collection of more than 36,000 objects, including more than 2,000 historic and contemporary works of Aboriginal and Torres Strait Islander art, acquired over the past 74 years. It has been at the forefront of collecting, displaying and interpreting historic and contemporary Aboriginal and Torres Strait Island art, and in engaging directly with artists and their communities. The Art Gallery also holds significant collections of Asian and European art and presents major national and international exhibitions.

Together with the NSW State Government’s AU$244 million in funding, the Art Gallery has raised more than AU$100 million from private donors to support this once-in-a-generation cultural investment.

Delivery of the Sydney Modern Project remains on track, with construction of the new building by Richard Crookes Constructions close to completion. 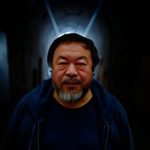 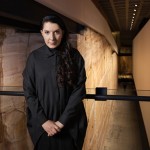 Performance artist, 67, wants three bodies – one real, two fake – buried in the cities she has lived in the longest, and singer Antony Hegarty to perform 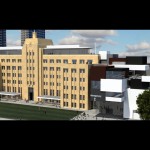 Museum of Contemporary Art, Sydney to Re-Open in March 2012 After Major Redevelopment

Following a major AUD$53 million redevelopment, the Museum of Contemporary Art, Sydney will reopen in March 2012 as a bold, […] 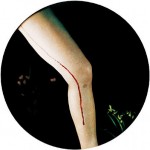