Will NFTs in Gaming Function Similar to NFTs in the Art World? - FAD Magazine
Skip to content

NFT, or non-fungible tokens, took the art world by storm in 2020. Many digital artists jumped at the opportunity to monetise their artwork and earn substantial amounts for previously almost free work.

In 2020 alone, NFT art was sold for $250 million, and this trend accelerated in 2021. Spectators were stunned when artist Beeple sold his piece at Christie’s for an incredible $69 million. Mike Winkelmann, the person behind the artwork, achieved the third-largest price at a famous auction house for a living artist.

What is an NFT?

NFT is a digital token based on the Ethereum blockchain that gives you a certificate of ownership over a digital asset like a piece of art, photography, tweet, or a house in the Metaverse. Although digital assets can be distributed and are often available online, NFT gives you an encrypted certificate so that you will have the original.

Many in the art world think such a concept is a scam, but numerous artists recognized the opportunity and jumped on the bandwagon. NFT gives multiple digital creators a way to sell their work. The confirmation of authenticity locked in an impenetrable blockchain means you can create an illusion of scarcity for a digital asset and build up its value. NFT works on a similar principle as sports cards.

The iGaming sector is usually at the forefront of innovation, but there is little talk about NFTs in the industry so far. Video game developers are actively flirting with NFT. Potentially you could take an avatar or a symbol from a game and sell it as NFT. However, playing 32Red live casino games still doesn’t have an NFT economy – most casino platforms keep with their traditional games and technologies – for now, that is. And while iGaming already uses blockchain, AAA video games still stay away from NFT.

As the most powerful PC video game platform, Steam banned games that tamper with NFTs. So how is the concept used in gaming? The biggest NFT games are Axie Infinity and Blankos Block Party. In Axie Infinity, a Pokemon-inspired title, you can buy, breed and train Axies and send them to battle. Little monsters, Axies are NFTs, and playing the game can earn you Smooth Love Potion. It is a crypto token you can sell for real money. The game has generated over $1 billion, with trades on the platform creating the most extensive NFT ecosystem in gaming.

Unlike the art world, NFT use in Axies Infinity creates a play-to-earn movement. As a result, players in any country around the globe can generate substantial income by building up NFT characters.

The studio behind the popular Assassins Creed franchise, Ubisoft, had much less success with their NFT initiative. So instead, they introduced NFTs called Digits for their Ghost Recon Breakpoint, which created a massive revolt among gamers, and little to no revenue traction.

AAA gaming has one serious issue preventing NFTs from becoming more popular. If they used NFTs like the art world, the logical path would be to create avatars or game items and sell them as NFTs.

However, game developers had already found their monetization principle before NFT came to the scene. Games that earn the most money are usually free-to-play titles like Fortnite, PUBG, COD: Warzone, League of Legends, etc. While they are free, and you can be the best without spending a dollar, all those games have in-game purchases.

You can buy new skin, weapons, clothes, and other things to change your avatar’s appearance. These items don’t give players a competitive advantage but create unique and personal experiences. For example, clothing designers now earn more from clothes models in Fortnite and similar games than designing actual clothes.

How can NFT penetrate an already established ecosystem where developers earn massive amounts and players are looking content with the way things are? If game developers and publishers feel they could make from introducing NFTs to the games, they will do it without a doubt.

Unlike game-related content, NFTs have another unique attribute. Your potential Tomb Raider NFT will exist outside the game with a digital certificate backed by blockchain. So you could take it and use it in Metaverse and prologue its lifespan.

If some game is discontinued, items you bought will become obsolete. But if you have an NFT digital asset from the same game, you should be able to use it on other platforms.

NFTs are potential game-changers in digital ownership because it creates a straightforward way for artists to earn money from digital art. In addition, unique items from other spheres like gaming can get their lives outside of the game universe. One use case comes from the fitness industry, where some gyms introduced digital avatars they sell as NFTs, and with the cartoonish version of you, you get a membership fee to the gym.

Slot games, or pokies as they are known in New Zealand, have been rising in popularity. They are delightful and […] 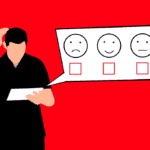 User experience, or “UX” as it is more commonly known, is one of the most important aspects of any online […] 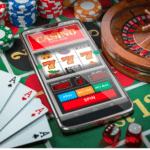 Who Has the Prettiest Online Casino Experience?

You would think it’s simple to discover a pretty online casino with some slots, but you’d be wrong. That’s a […] 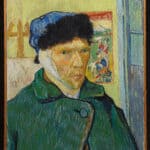 There are some excellent slot games now – all based around all different themes, hobbies and even slot games based […]